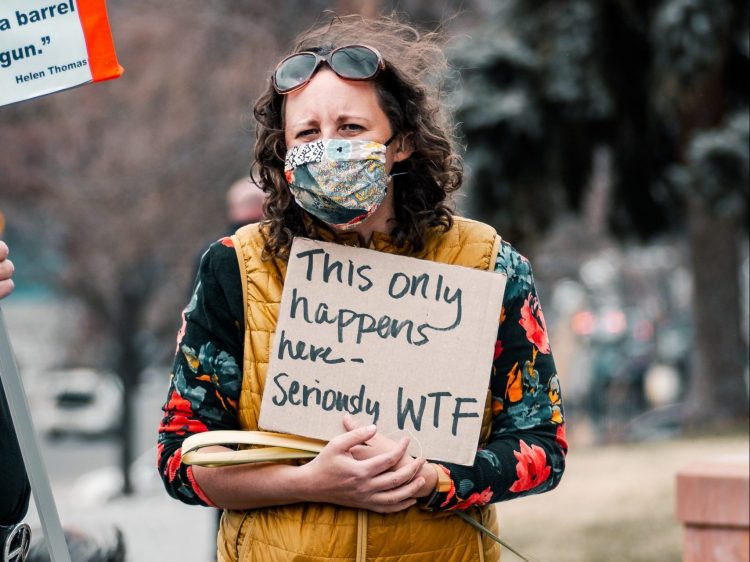 And Now They Want to Arm Our Children?

And Now They Want to Arm Our Children?

From cries of madness to tears of rage; from citizen fury to congressional prayers, we careen toward a future where a visit to a dance studio (Monterey Park), a farm (Half Moon Bay), or gas station (Oakland)—all in California—could be the location where you are murdered. Add those sites to this incomplete list: movie theaters, houses of worship, big box stores, and that old standby: schools.

Speaking of schools, let’s pause for a moment to contemplate the dystopian story of a six-year-old boy shooting his teacher at a school in Virginia with a gun his mother had legally purchased. We have safety caps on Tylenol that adults struggle to open; we can’t prevent a child from firing a gun?

In addition to schools being where, sadly, you might look for shooting victims, it’s also where you could turn to find a new crop of shooters, cultivated by the gun lobby.

Get ready for the WEE-1 Tactical JR-15 Rifle, designed specifically for children. This “rifle for kids”, the JR-15 rifle—get it, “junior”-sized—is sold by the Wee-1 Tactical firearm company. And, good news, kids: it only weighs two pounds.

In a press release, the company wrote, “Our goal was to develop a shooting platform that was not only sized correctly, and safe, but also looks, feels, and operates just like Mom and Dad’s gun… The WEE-1 and Schmid Tool Team brought their collective experience in the firearms business… to launch the JR-15. We are so excited to start capturing the imagination of the next generation…”

While the JR-15 is a .22 caliber rifle—.22s are commonly used for hunting small game or marksmanship, the JR-15 was manufactured with a distinctly military and tactical look similar to an AR-15, you know, the weapon most commonly used in countless mass shootings.

How about us adults—parents and grandparents, uncles and aunts—getting off the couch so the Parkland high school generation of antigun activists doesn’t have to do all the heavy lifting. What is stopping us from showing up en masse at meetings of our city councils and school boards? When are we going to our state capitols and the halls of Congress, sitting in outside legislators’ offices? If there was such a thing as a nonviolent insurrection to stop gun violence, we ought to wage it now.

Nothing has worked…yet. From Sandy Hook to Uvalde, the gun rights über alles crowd keeps on keeping on. Consider what extremist Republican Georgia Congressmember Marjorie Taylor Greene said after the horrifying murder of 19 children and two teachers last May: “The kids at Uvalde needed JR-15s to defend themselves…”

We must stop the (gun crowd) steal; we have to stop them from stealing our lives.

I remember someone saying a couple of years ago—in a completely different context—that, “we fight like hell. And if you don’t fight like hell, you’re not going to have a country anymore.”

Well, we can have a country, if we launch a sustained nationwide, nonviolent movement to end the scourge of gun violence.

Dammit! What are we waiting for?