PeaceVoice is a program of the Oregon Peace Institute. We are devoted to changing U.S. national conversation about the possibilities of peace and justice and the inadvisability of war and injustice. We believe that nonviolent conflict transformation from destructive to constructive —peace and justice by peaceable means—can help shape public discourse and thus, ultimately, public policy.

Tom is Founding Director of Peacevoice, and Coordinator of the undergraduate program in Conflict Resolution at Portland State University. He is a former member of the Governing Council of the International Peace Research Association (IPRA), former co-chair of the Peace and Justice Studies Association, former board member of the IPRA Foundation and currently the Oregon Peace Institute, as well as the Academic Advisory Council of the International Center on Nonviolent Conflict. He has written several books and many articles about nonviolence and other peace and conflict topics. He is a former Plowshares resister, a nonviolence trainer, and a founding member of two Catholic Worker communities. 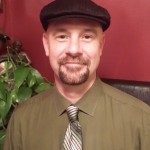 Adam is an associate editor with PeaceVoice, an active member of the Portland Peace Team, a board member of the Oregon Peace Institute, a National Council member of Friendship of Reconciliation, and a Leadership Fellow in Students United for Nonviolence. He is currently finishing up his masters in Conflict Resolution at Portland State University where he is studying specialization in nonviolence, restorative justice, and interpersonal neurobiology. Adam also is a member of 350.org, March Against Monsanto, and volunteers with Greenpeace and Hands-on Greater Portland. In his spare time, he prides himself on being a good father to his three sons and a good husband to his amazing wife. Adam also enjoys spending time camping, hiking, and organic gardening.