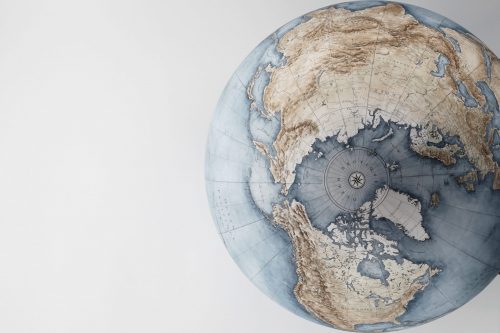 Threshold question: should we hold trials or join Joe Stalin like he proposed after WWII for Hitler and his Hit Men, and just lynch those responsible, their crimes being so outrageous as to annihilate law, so they ought not benefit from law? Some may agree. I think if post-nuclear war humanity is going to climb back from the jungle to the rule of law without hypocrisy requires trials.

The Nuremberg and Tokyo War Crimes trials give some historical precedent for framing the process of trying the War Criminals responsible for any nuclear war, be they Presidents, Captains of Nuclear Weapons Industries, Congresses, Dumas, or even Judges enabling the crimes (the Justice Trials). Taking the Ukraine conflict solely as a “thought experiment” for considering a nuclear war, assuming nuclear weapons were to be used where does that leave the law?

In his book Einstein on Peace, Albert Einstein opined on the Nuremberg Trials February 20, 1954:

“The Nuremberg Trials of German war criminals gave tacit recognition to the principle that criminal actions can not be excused on the plea that they were committed on government orders; conscience was judged to supersede the authority of the law.”

Will it matter who fired first?

Will military personnel launching the weapons be allowed to plead the defense “I was just following orders?”

Will the industrialists profiting from making the weapons be allowed to plead, “I was doing my patriotic duty, at the insistence of my government?”

Will the governors, congresses, Dumas, or Presidents, who 1) bought; 2) deployed; and 3) placed the nukes on hair trigger launch be allowed to plead: “We never thought nukes would be used even though we taxed the people to build ‘more and more useable nuclear weapons’ even though we had deployed sufficient to kill all the humans in the world more than once?”

Will the judges who imprisoned anti-nuclear protesters who peaceably petitioned for redress of the grievance “I don’t want to die in nuclear war” by pouring their blood on nuclear weapons and kneeling to pray around their silos be allowed to plead: “We were just calling balls and strikes, we don’t make the law?”

Will all the foregoing actors, enabling, preparing for, deploying, profiting from and often threatening nuclear war, be allowed to plead: “We are not responsible?”

Or the even more lame and despicable “Toddler Defense”—“the other guy started it?”

What about the enablers and propagandists who wrote and spoke to normalize nuclear weapons, such as Anne Applebaum whose recent Atlantic column entitled “Fear of Nuclear War Has Warped the West’s Ukraine Strategy” argued the West is not doing enough to escalate the conflict, because “[w]e feel relieved, somehow, that people will die because they have frozen in unheated apartments or drowned in an artificial flood, and not from nuclear fallout.”

What about the Fox, MSNBC and CNN talking heads who appear to channel Curtis LeMay the air force general in charge of the Strategic Air Command during the Cold War, who was notorious for proposing to “bomb all and sundry back to the Stone Age”? Should they be allowed to plead: “It was our free speech” or “We didn’t really mean it, we were just trying to toughen up the masses of spineless voters to oppose evil.”

I suspect the people who survive will give short shrift to such defenses, assuming the desire for revenge killing does not result in mass lynchings the “Day After” of those responsible and allowed for trials at all.

Of course the greatest question for many of us: should those who just paid the taxes to hire the Hit Men to carry out the mass murder bear responsibility?

In Russia, there is no pretext of the people consenting, theirs is not a system based on “consent of the governed.” So perhaps they, being mere slaves or serfs, are not accountable?

But in the USA, taxes are “voluntary” (see the IRS code). Are those who paid for the weapons system and the worldwide military empire enabling their use by a Russia encircling NATO expansion have some responsibility? Being one of those, I expect to plead: “I just didn’t see any chance of winning if I refused to pay because I oppose world wide mass murder” simply because as a lawyer I am well aware the US government is conscienceless.

That my tax dollars will be used for evil is no defense to payment. I wonder if I will win? I may if I can persuade the jury I was no more free to refuse to pay than a Russian.

I guess that actually is the real point: is there anyone, post nuclear war, who can be considered to have won?

I consider it an insult. It is an insult to a humanity that has clawed and scraped to emerge from the law of the jungle to the beginnings of a civilization based on the rule of law.

It is an insult to every human being who ever created anything good, decent and beneficial to the species be it an advance in food, shelter, or health.

It is an insult to every artist who created beauty, to every university that engendered knowledge, to every community that united following natural disaster in charity and love, and to every other human endeavor to make the world a better place.

It is an insult to every child born and to all those who will not ever be born following nuclear war.

As for worrying about Nuclear War? I leave that to far more insightful folks, like my “Uncle Albert” who when asked by the Bulletin of Atomic Scientists to submit an article on “pacifism,” wrote on January 5, 1951, “I do not intend to write the article you suggest; I believe an appeal to reason would be utterly futile in the present polluted atmosphere. In the end men will get what they deserve.”

Unfortunately, Albert erred cause not only men but women and children too will “get” it.

The ancient wisdom teaches as we sow, we reap. Good seed bears good crops, good crops good fruit; it is binary because: bad seed bears bad crops… you can figure out the rest.

So I say, let us now select good seed: let us add a new Holy Day to the human pantheon joining Jesus, Buddha, Hillel, Gandhi, MLK among the many human Peace Royalty: January 22, 2023, Nuke Weapons Ban Treaty Day — the anniversary of the entry into force of the Treaty on the Prohibition of Nuclear Weapons.

Humanity has banned nuclear weapons. I pray nuclear weapons do not ban humanity. Most humans are good seed. Some are not. And so we are burdened to Plan for War Crimes Trials Post-Nuclear War.