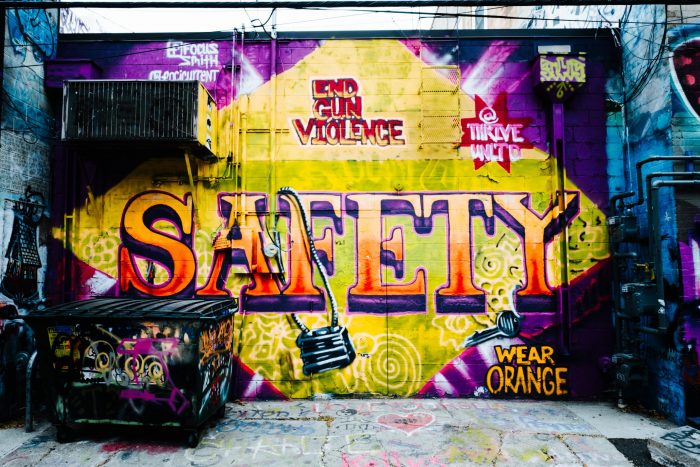 In my town, Portland, Oregon, we just lost yet another person to gun violence, this time as a result of an argument over a parking spot.

We are not alone, sadly.

Beginning in 2020, the coronavirus brought along the violence virus, pushing national homicide rates far higher than they have been in decades. To be fair, the US homicide rate has been increasing since 2016, so other factors are clearly also in play.

Big cities like St. Louis and Baltimore have horrifying numbers of gun murders.

Luckily, we have our Second Amendment to keep us safe, right?

Yeah, not so much. Out of 193 countries on Earth, the US ranks what in safety?

Raise your hands if you believe the US is the safest country on Earth.

Raise your hands if you are sure the US is in the top 25 safest countries in the world.

Gosh, I don’t suppose there is anything we can do about it, right?

We could get the most bang for our buck, so to speak, by repealing the Second Amendment. There is no single factor more conducive to our level of unsafe streets than the inability of towns, counties, or states to control the way guns are licensed, sold, traded, possessed, and carried than to eliminate the Second Amendment.

The Second Amendment is cited by its supporters as our guarantor of liberty, of freedom.

So why is New York state not free to set its own preferred restrictions on guns?

Trump complains about Chicago’s murder rate and yet, like New York, the Supreme Court struck down Chicago’s gun laws.

Based on a handful of SCOTUS rulings reversing gun restrictions, lower courts have followed suit across the country, denying freedom to pass local or state laws by lawmakers elected by the people in those towns and states.

What kind of freedom is protected by the Second Amendment?

Since all research shows that nonviolent insurgency intended to overthrow a tyrannical government is more effective than a violent uprising, perhaps it’s time to drop the fig leaf of defense of liberty and simply overturn the Second Amendment instead of the gun laws people in any particular city, county, or state decide they want.

While it would certainly not stop all gun violence, eliminating the Second Amendment would be the most effective inoculant we should have to curb the virus of gun violence.