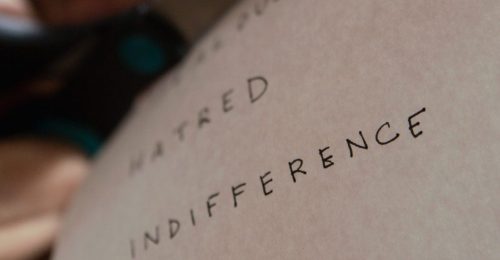 I stroke the killer’s hatred and certainty, knowing the answer we all ache for — why? — will not be forthcoming.

Yes, there was another mass shooting the other day, at Club Q in Colorado Springs. A young man clothed in body armor entered the nightclub carrying an assault rifle and started shooting as a drag queen danced. In maybe two minutes he killed five people and wounded, according to some accounts, 18. Then a patron risked his life, tackled the shooter, held him immobile till police arrived.

Five people killed, a few more critically injured. This time the minority group targeted — “the enemy” — was the LGBTQ community.

In that sense, yes, America is the land of the free: free to imagine an enemy . . . free to project your own self-hatred outward, onto a specifically defined group of people and sculpt them into the enemy, perhaps with the help of others, especially via social media. We are also free, for the most part, to purchase guns, including assault rifles, and lots of ammo, and plan an attack — at a church, a school, a grocery store, a nightclub, whatever.

To actually carry out that attack, well, that’s illegal, maybe even illegal plus. It could be both murder and a hate crime. The mayor of Colorado Springs, according to the New York Times, “said the shooting ‘has all the appearances of being a hate crime,’ but he said that investigators were still combing through the gunman’s social media history and doing interviews to determine a motive.”

Somehow that matters. Why it matters is beyond me, as though killing someone with prejudice is worse than just killing someone. And it’s not as though there’s a serious national interest in eliminating hatred of particular groups. My God, there’s political gold in many forms of hatred, LGBTQ people being one such easily targeted group.

Colorado Rep. Lauren Boebert, for instance, who tweeted remorse about the Club Q shooting and said the victims and their families “are in my thoughts and prayers,” had, until then, been a notorious tweeter of anti-LGBTQ blather, making the fact-free case that they were “sick, demented” people bent on “grooming” innocent children to become gay — kind of in the same way, it seems, that refugees, according to Donald Trump, not only take our jobs but are often rapists and murderers. Create an enemy, get a following! (And guns are just for self-defense.)

This is the context in which we live. And the context is getting increasingly volatile, according to the Gun Violence Archive. This year so far, there have been 601 mass shootings (a “mass shooting” defined as at least four people being shot or killed) “in nearly every corner of the nation.” In 2021, there were 690 of them. In 2019, the total was a mere 417.

There’s something happening here. What it is ain’t exactly clear . . .

And the U.S. justice system is in well over its head. Order is created from the bottom up, not enforced from the top down. But how? If nothing else, it’s time to start becoming aware of what we already know. Just ask Joe Biden.

In the wake of the Club Q shooting, he made this official statement: “Places that are supposed to be safe spaces of acceptance and celebration should never be turned into places of terror and violence.”

He added: “We cannot and must not tolerate hate.”

OK, fine. Yada, yada. The developed, militarized world has no idea what this means, except in some imaginary way. In essence, “how do we stop tolerating hate?” is the very question the shooter himself, and all those who came before him, posed, in a totally personalized way. How do we, how do I, truly value life — my life as well as yours?

Excuse me, Mr. President, maybe we should ask South Africa about this. We can’t stop tolerating hate until we realign ourselves with what it means to be alive, for which South Africans have a term: ubuntu: “I am because you are.”

Or as Desmond Tutu put it: “My humanity is caught up, is inextricably bound up, in what is yours.”

And now we need a national stopping point, as we let this truth transform us. What it took for South Africa to awaken were the horrors of apartheid — the brutal, legal devaluing of the lives of most of the country’s population — which, after decades of protest, much of it met with violence, was finally dismantled in the early 1990s. A national holiday commemorating the end of apartheid, Human Rights Day, is celebrated every March 21. This is the date, in 1960, when the Sharpeville Massacre occurred, when police in an area south of Johannesburg opened fire on 4,000 protesters, killing 69 of them, including women and children. Many of the victims were shot in the back.

“The Sharpeville Massacre that killed 69 people is central to this public holiday as it reminds us of the cost to enforce human rights,” writes Bongiwe Beja:

“Understanding how humans ought to be treated becomes imperative in ensuring that such events never happen again. Ubuntu shows us a way of acting humanely toward each other and can be a pivotal guide for society as we celebrate and enforce (our) human rights.”

She then states a stunning truth, declaring that all manner of social hell, including hate-spurred violence, needs to be “countered with a positive response from civil society — guided by Ubuntu.”