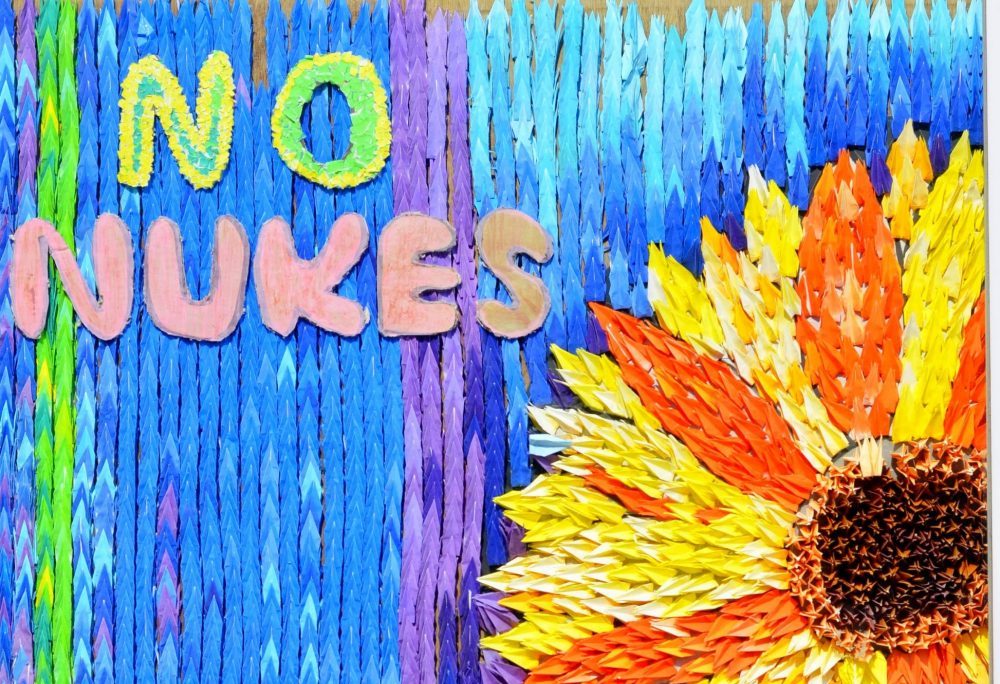 One adjective often, and correctly, used for Putin’s invasion is “delusional.” Even if he manages to pound Ukraine into scorched rubble, he’ll still be further than when he began from anything resembling victory.

He and his henchmen will continue to be generally despised and feared, most intensely by the defiant Ukrainians themselves. As Hemingway wrote, “Man can be destroyed but not defeated.” Another aspect of Putin’s delusion is projection: he rationalizes that he is destroying Nazis while behaving like a Nazi himself.

While we’re quoting Nobel prizewinners, here is a snippet from Faulkner’s Nobel speech: “Our tragedy today is a general and universal physical fear so long sustained by now that we can even bear it. There are no longer problems of the spirit. There is only the question: When will I be blown up?”

Putin happens to be the head of one of the nine nations who could answer Faulkner’s question. But he is hardly alone in his conviction that military force backed up by nuclear weapons will yield greatness, or security, or whatever it is he hopes to gain from his colossal misjudgment. We’re all a part of the general delusion of our time, that the trillions we have consented to pour into militarism will yield genuine peace. Here’s one more quotation from a Nobel winner, this from T.S. Eliot: “Humankind cannot bear very much reality.”

Mass delusion is indicated by our clinging to obsolete paradigms. Remember how certain that clerical authorities were that the earth was the center of the solar system? Another obsolete paradigm clarified by the invasion of Ukraine is the usefulness of nuclear weapons as a way to prevent war. Nuclear weapons did not deter Osama bin Laden. Nor did they deter Putin.

Instead, the record of near disaster over the decades of the nuclear age underlines our good fortune to find ourselves still alive and unradiated. Stanislav Petrov was on duty in a Soviet military bunker in 1983 when two signals indicated that U.S. intercontinental missiles were headed toward the U.S.S.R. He rightly decided there must be a malfunction in the Soviet early warning system and chose not to alert his superiors, risking his career. There are a number of such stories in the public domain, which would indicate that there may be even more close calls which remain classified.

What logic might be powerful enough to break the trance these weapons have induced in the governments of the world? I only know what logical common sense tells me: we cannot go on like this, building and renewing weapons and playing nuclear chicken. We can’t continue forever relying on fiendishly complex computer systems that are subject to malfunction, being hacked, or coming to fatally mistaken conclusions, either on their own or in concert with the fallible humans operating them.

Imagine that aliens have swooped in from deep space to check up on our planet. As they circle the earth, they see no borders. It all looks like a single entity, menaced by rising temperatures and intensifying conflicts, both of which threaten the overall health of the living system upon which humans depend for their support. That is reality.

The aliens would say to us, “wake up from your delusion. Shake off the trance. Grow up. Learn to get along. Greater Russia is an abstraction, a fantasy, an illusion. And so are all the ‘my country right or wrong’ mythologies of America, China, and others. Nations and people have more in common than what separates you. You share a single planet and single life-support system, a common evolutionary history, a collective wish to leave your children a better life than your own, and an interdependent future where your survival depends upon each other. Avoiding blowing yourselves up is your ultimate common self-interest—a reality upon which to build an international security regime not based in deterrence, nuclear weapons, and war—based instead in the need for a further level of cooperation necessary to address your many sustainability challenges.”

Biden and Zelensky are doing a heroic job within the existing delusional paradigm. But it is not too soon to start thinking outside the box: nuclear weapons are the problem, not the solution that establishment thinking fatalistically assumes they are. They are a solution only in the Holocaust sense of “final solution.”

What might lie beyond deterrence? Putin or no Putin, creative men and women of good will can end our present drift downstream toward the waterfall ahead. This begins by admitting that we ourselves, along with Putin, are deluded by the false power of nuclear weapons.