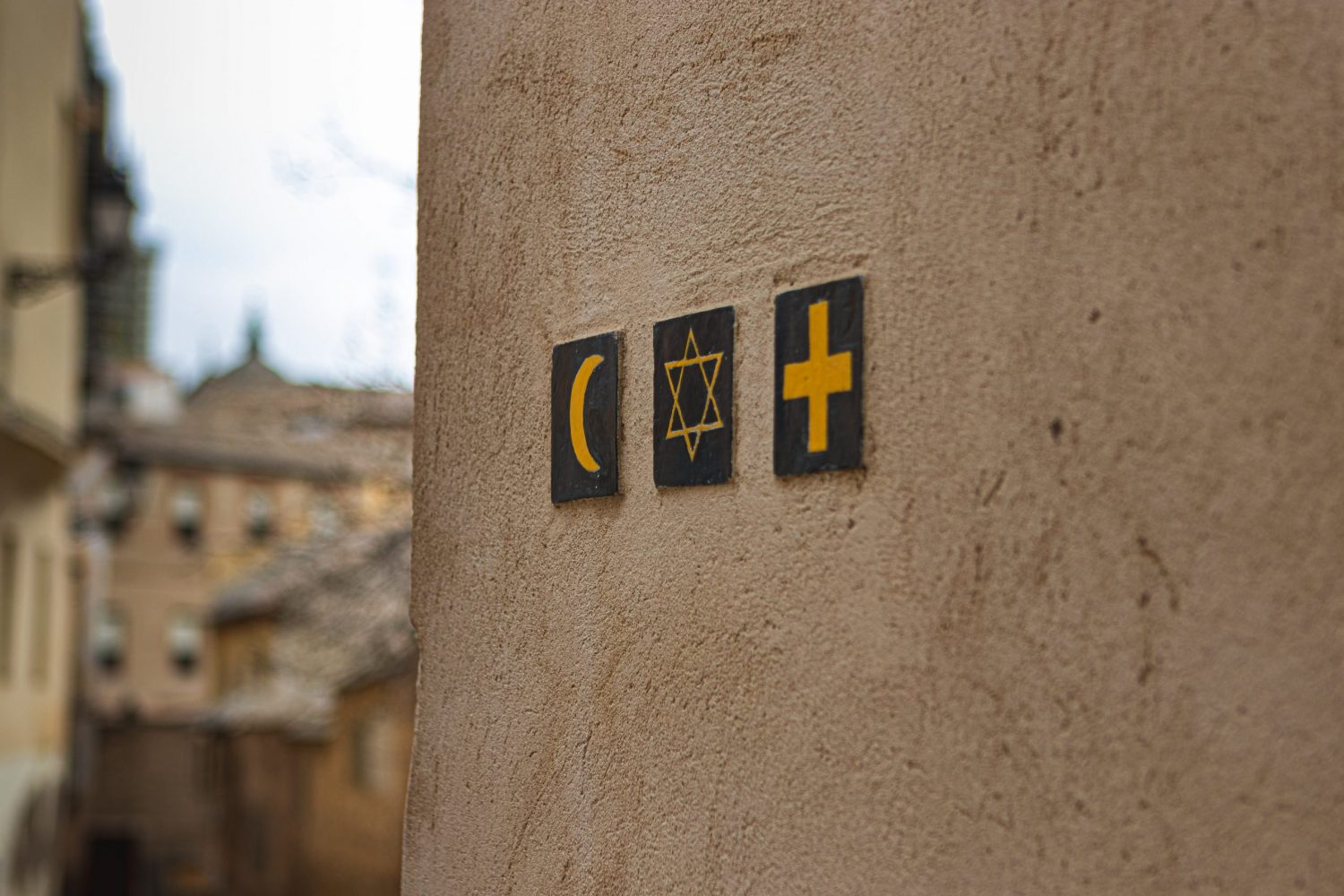 In a world long characterized by war and preparations for it, religious groups have taught a variety of responses, ranging from nonparticipation to defining a just war and how it could be fought morally.

But some religious groups and leaders have rejected the idea that warfare is a necessary part of human nature and human history.

In order to eliminate the war system and solve humanity’s many global problems–such as genocide, terrorism, violations of human rights, and environmental degradation due to global warming–they have advocated for the creation of a democratic world federal government that would create just world laws and prosecute individuals who violate them. Violent conflicts would be settled and global problems would be solved through a nonviolent democratic process.

According to the teachings of Baha’u’llah (1817-1892) and the Baha’i Universal House of Justice, acceptance of the oneness of humanity is a prerequisite for establishing a world federation.

Roman Catholic bishops at the Second Vatican Council (1962-1965) called for outlawing war by international consent and creating a universal public authority that would safeguard security, justice, and human rights. In their encyclicals, Pope John XXIII, Pope Benedict XVI, and Pope Francis have stated that there is an urgent need for a true world political authority that would be regulated by law, observe the principles of subsidiarity and solidarity, promote human development, manage globalization, and establish the common good.

Many individuals within religions that lack a central teaching authority have also promoted the goal of a world federation. For example, many liberal Protestant Christians and many Unitarian- Universalists are world federalists.

Rabbi Mordecai Kaplan, the founder of Reconstructionist Judaism, called for a federal “United States of the World” so that war and international anarchy could be eliminated. Many people in other religions have emphasized the need for a global system of enforceable world laws instead of the current international system that is based on unenforceable treaties between nations.

At the Parliament of the World’s Religions in Toronto in 2018, the Hindu Swami Agnivesh said that instead of spending trillions of dollars on the war system, the peoples of the world need to unite and create a world parliament based on an Earth Constitution. He said that “without a world government, we cannot solve our major world problems.”

Many Buddhists have been promoting the Buddha’s goal of relieving suffering for all beings through love, compassion, and nonviolence. The Japanese Buddhist scholar Nikkyo Niwano has said that then the whole world will become one “Buddha-land” and that a world federation should be our blueprint for achieving this goal.

Before the legal and political superstructure of a democratic world federation can be formed, the world’s religions have the responsibility of building a firm foundation for it by emphasizing their versions of the Golden Rule, common ethical commandments, loyalty to the human family, world citizenship, and stewardship of creation. They need to be committed to interreligious dialogue and cooperation as well as act according to the principles of the Declaration of a Global Ethic and the Charter for Compassion that have been promoted at the Parliaments of the World’s Religions.

When a critical mass of people around the world agrees on this requirement, then the dream of the ancient Jewish prophets can finally be realized: “They shall beat their swords into plowshares and their spears into pruning hooks. One nation shall not raise the sword against another, nor shall they train for war again.”

David C. Oughton’s doctorate is in Philosophies and Theologies of Peace and Justice. He has taught courses in the world’s religions at Saint Louis University and other schools for many years, and is a board member of Citizens for Global Solutions Education Fund.