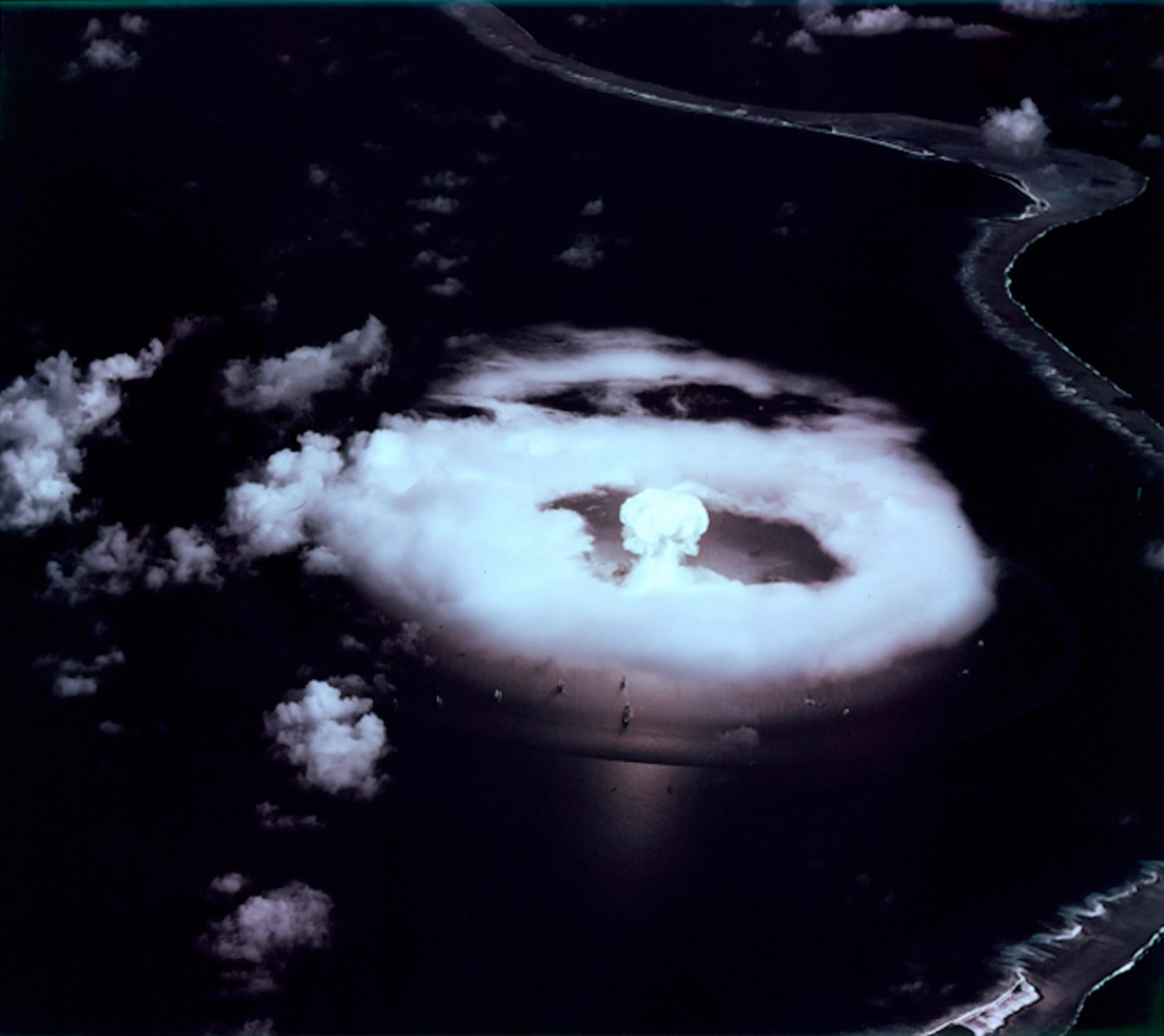 Two related events—the 75th anniversary of the January 24, 1946 UN General Assembly Resolution 1 (which established a commission to plan for the abolition of nuclear weapons) and the January 22, 2021 entry into force of the UN Treaty on the Prohibition of Nuclear Weapons (designed to finally implement that goal)—should be a cause for worldwide celebration.

In fact, however, they are a cause for shame.  The nine nuclear powers have refused to sign the treaty and, instead, today continue to engage in a nuclear arms race and to threaten nuclear war—a war capable of destroying virtually all life on earth.

A similarly reckless pattern characterized the nuclear arms race that emerged out of World War II.  But an upsurge of popular protest and wise diplomacy led to nuclear arms control and disarmament treaties, as well as unilateral actions, that dramatically reduced nuclear arsenals.  It also made nuclear war increasingly unthinkable.

Unfortunately, however, as the nuclear danger receded, the nuclear disarmament campaign ebbed.  As a result, government officials, no longer constrained by popular pressure, began to revert to their traditional ways, based on the assumption that nuclear weapons promoted national “strength.”  India and Pakistan became nuclear powers.  North Korea developed nuclear weapons.  In the United States, the administration of George W. Bush withdrew from the ABM Treaty and pressed hard to begin building “mini-nukes.”

Ascending to the presidency, Barack Obama made a dramatic attempt to rally the planet behind the goal of building a nuclear-free world.  But neither Republican nor Russian leaders liked the idea, and the best he could deliver was the last of the major nuclear disarmament agreements, the New START Treaty.  And even that came at a heavy price—an agreement with Senate Republicans, whose support was necessary for treaty ratification, to back a major U.S. nuclear weapons “modernization” program.

After Donald Trump entered the White House, nuclear arms control and disarmament were no longer on the agenda—for the United States or for the world.  Trump not only failed to generate any new international constraints on nuclear weapons, but withdrew the United States from the Intermediate Range Nuclear Forces (INF) Treaty, the Iran nuclear agreement, and the Open Skies Treaty and allowed the New START Treaty to lapse without renewal.  Nor did the other nuclear powers show much interest in retaining these agreements.  Indeed, the Russian government, after a brief, perfunctory protest at Trump’s destruction of the INF Treaty—a treaty that it had long privately deplored—immediately ordered the development of the once-prohibited missiles.  The Chinese government said that, although it favored maintaining the treaty for the United States and Russia, it would not accept treaty limits on its own weapons.

Meanwhile, all nine nuclear powers, instead of reducing the existential danger to the world from their possession of 13,400 nuclear weapons (91 percent of which are held by Russia and the United States), are busily “modernizing” their nuclear forces and planning to retain them into the indefinite future.  In December 2019, the Russian government announced the deployment of the world’s first hypersonic nuclear-capable missiles, which President Vladimir Putin boasted could bypass missile defense systems and hit almost any point on the planet.  Indeed, the Russian president touted several new Russian nuclear weapons systems as ahead of their time. “Our equipment must be better than the world’s best if we want to come out as the winners,” he explained.

Trump, always determined to emerge a “winner,” had publicly stated in December 2016:  “Let it be an arms race.  We will outmatch them at every pass and outlast them all.”  Consequently, expanding the earlier U.S. nuclear “modernization” plan to a $2 trillion extravaganza, he set the course for the upgrading of older U.S. nuclear weapons and the development and deployment of a vast array of new ones.  These include the development of a new intercontinental ballistic missile (at a cost of $264 billion) and the production and deployment of a new submarine-launched ballistic missile warhead that will make starting a nuclear war easier.

The new nuclear weapons are designed to not only win the arms race, but to intimidate other nations and even “win” a nuclear war.  Early in his administration, Trump publicly threatened to obliterate both North Korea and Iran through a nuclear onslaught.  Similarly, North Korea’s Kim Jong-un has repeatedly threatened a nuclear attack upon the United States.  Furthermore, the U.S. government has been engaging recently in a game of “nuclear chicken” with China and Russia, dispatching fleets of nuclear bombers and nuclear warships dangerously close to their borders.  Such provocative action is in line with the Trump administration’s 2018 Nuclear Posture Review, which expanded possibilities for displays of nuclear “resolve” and the first use of nuclear weapons.  Subsequently, the Russian government also lowered its threshold for initiating a nuclear war.

The incoming Biden administration has the opportunity and, apparently, the inclination to challenge this irresponsible behavior.  As a long-time supporter of nuclear arms control and disarmament agreements—as well as a sharp critic of the Trump administration’s nuclear policies during the 2020 presidential campaign—the new president will probably advance measures dealing with nuclear issues that differ significantly from those of his predecessor.  Although his ability to secure U.S. ratification of new treaties will be severely limited by Senate Republicans, he can (and probably will) use executive action to rejoin the Iran nuclear agreement, re-sign the Open Skies Treaty, block the U.S. production and deployment of particularly destabilizing nuclear weapons, and reduce the budget for nuclear “modernization.”  He might even declare a no first use policy, unilaterally reduce the U.S. nuclear arsenal, and show some respect for the Treaty on the Prohibition of Nuclear Weapons.

Of course, this won’t be enough.  But it would provide a start toward terminating the nuclear powers’ disgraceful evasion of their responsibility to safeguard human survival.