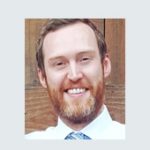 For the full article:
Strengthened Diplomacy is the Path toward Peaceful Iranian-US Relations and a Nuclear Free World
552 Words
By Jared Keyel

The recent United States breach of the Joint Comprehensive Plan of Action (JCPOA) – the “Iran Deal” as it is colloquially known – is incredibly dangerous and demonstrates once again that the Trump Administration cannot be trusted to live up to America’s international obligations. Rather than increasing the risk of conflict by abandoning its commitments, the US should be working toward a nuclear-free world. Continued diplomacy, not aggressive rhetoric or military action, is the only way forward.

The 2015 JCPOA is an international agreement under which the Iranian government agreed not to develop nuclear weapons, to reduce its stockpiles of enriched uranium and to open its facilities to International Atomic Energy Agency (IAEA) inspections in exchange for the lifting of United Nations, European Union and US economic sanctions. The agreement is multilateral, involving seven countries: Iran, Britain, China, France, Germany, Russia and the United States. Luckily for humankind, after the US reneged on its commitment, all other signatories to the agreement have stated they plan to ensure JCPOA’s continued implementation.

This is important because despite recent sensationalized, false claims to the contrary by Israeli Prime Minister Benjamin Netanyahu, there is no evidence that the Iranian government has pursued development of nuclear weapons in violation of the agreement. Netanyahu has a history of provoking the US toward conflict. In the run up to the 2003 US invasion of Iraq, he aggressively pushed the lie that Saddam Hussein possessed weapons of mass destruction. Americans should be very skeptical of attempts like Netanyahu’s to escalate tensions and stoke fear of Iran.

Moreover, it is imperative to situate the JCPOA in the broader context of worldwide nuclear disarmament initiatives. It bears remembering that we are approaching the 50th anniversary of the initial signing of the Nuclear Non-Proliferation Treaty (NPT). This treaty obligates all parties to refrain from developing nuclear weapons. Those treaty members that already possess nuclear weapons are required to eliminate their existing nuclear stockpiles.

The NPT has 191 member countries, including Iran and the United States, virtually all nations. As state parties to this treaty, Iran is bound not to develop nuclear weapons and the United States must eliminate its roughly 6,800 nuclear warheads. The JCPOA is a step toward Iran fulfilling its obligation. Meanwhile, the US plans to spend more than $1 trillion over the next 30 years to maintain and upgrade its nuclear capabilities. The US has very little moral or legal standing to enforce the compliance of other governments when it has failed for 50 years to live up to its own legal responsibilities under the NPT. Ironically, given Netanyahu’s repeated assertions that Iran operates a dangerous illegal nuclear program, Israel demonstrably has a clandestine nuclear weapons program that violates the international norm of nuclear disarmament. It is one of only four UN member states not party to NPT.

In light of this context, if the US, and its nuclear-armed allies like Israel, want to be seen as credible, reliable, and good faith negotiators by other governments, they should follow the same rules they attempt to enforce on others. Threatening, and undertaking, aggressive actions against Iran only makes Iranians and Americans less safe. Peaceful, diplomatic tools such as the JPOCA and NPT exist. They can be strengthen and new frameworks can be created. Political will on the part of the current American leadership is the main obstacle standing in the way.
~~~~~~~~
Jared Keyel writes for PeaceVoice and is a Ph.D. candidate at Virginia Tech’s School of Public and International Affairs.