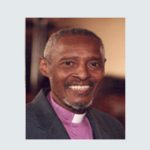 “Fifty years ago this April 4, a year to the day before he was murdered, the Rev. Dr. Martin Luther King, Jr. called us to overcome the giant triplets plaguing our society…”

For the full article:
“Fifty Years On: MLK’s Giant Triplets Still Plague Us, Including Militarism.”
796 Words
By Kevin Martin and The Reverend Dr. Herbert Daughtry

Fifty years ago this April 4, a year to the day before he was murdered, the Rev. Dr. Martin Luther King, Jr. called us to overcome the giant triplets plaguing our society – racism, militarism and extreme materialism – in his ‘Beyond Vietnam: A Time to Break the Silence’ address at Riverside Church in Manhattan. In his speech, King decried our descent into a ‘thing-oriented society.’ One wonders what he would think of our current, thing-oriented president.

In the remarkable speech, co-written with the late Vincent Harding, King also exclaimed, ‘[a] nation that continues year after year to spend more money on military defense than on programs of social uplift is approaching spiritual death.’ Unfortunately that is even more relevant today, as military spending consumes well over half the federal discretionary budget, and President Trump is advocating a nearly 10 percent, $54 billion increase, equivalent to the entire annual military budget of Russia, for the Pentagon and severe cuts to foreign aid, diplomacy, social and environmental programs.

King also powerfully, and accurately, linked violence in U.S. cities to our foreign policy, especially the terrible war in Vietnam (noting the Vietnamese must see Americans as ‘strange liberators,’) and acknowledged the pressure put on him by civil rights leaders to keep silent about his opposition to the war, which he of course could not do. Yet for many, the giant triplets rubric still resonates most powerfully today among all the words of wisdom King and Harding imparted in the speech.

Racism, extreme materialism and militarism are still inextricably linked, and still prevent our society’s becoming anything close to King’s ‘beloved community.’ Of the three, militarism may be the one about which Americans are most ignorant or most in denial.

No serious person could say we have overcome racism, or dealt with the extreme materialism and economic injustice and unsustainability of our ‘thing-oriented society.’ However, the pervasive equating of patriotism with support for war, charges of being soft on communism, terrorism or defense, and cynical, coercive ‘support the troops’ displays (when the best way to support them would be to stop our incessant wars) seemingly prevent any serious examination of U.S. militarism.

How many Americans know the U.S. has been at war for all but a relatively few years (fewer than 20) of our history since 1776? Or that the U.S. has more than 900 foreign military bases? (China has one and is about to build a second, near ours in Djibouti.) Or that we maintain nearly 7,000 nuclear warheads, all tens, hundreds or even thousands of times more destructive than the Hiroshima bomb that killed 140,000 people? Or that the U.S. conducted more than 1,000 nuclear ‘test’ explosions, and under President Obama, recently embarked on a 30-year, at least $1 trillion scheme to upgrade our entire nuclear weapons arsenal (unsurprisingly, every other nuclear state is now doing the same, sparking a new arms race)? Or that the U.S. military is the biggest consumer of fossil fuels on the planet?

Ignorance or denial about these facts is dangerous, to our society falling behind in nearly every indicator of social and environmental health as we continue to invest in the war machine, and to the people on the receiving end of our bombs. How many countries are we bombing right now?

At least seven we know of: Syria, Iraq, Libya, Afghanistan, Pakistan, Yemen and Somalia. And as King claimed the bombs we dropped on Vietnam also exploded in American cities, the blowback to the U.S. from all the anger we sow and enemies we reap in these countries and around the world, will surely harm our country.

So what is it about the United States? Are we in the grip of what President Eisenhower warned us, the military-industrial complex (that he did a lot to empower before decrying it)? Weapons contractors make a killing, but they don’t really help the economy. Military spending is about the worst way to create jobs and stimulate the economy. Education is the best, creating 2.5 times more jobs than military spending, according to economists at the University of Massachusetts.

We doubt anyone has any satisfactory answers to why our country is so uniquely militaristic, yet seemingly oblivious to the consequences. Perhaps peace and social justice activists and political leaders have for too long failed to integrate the struggles to overcome the giant triplets.

If that is the case, Martin Luther King, Jr. still points the way toward a solution, 50 years after he first called out to us. Is it too late to hear his wisdom and change course?

As the impressive grassroots resistance to Trumpism continues to show up for racial, economic, social and environmental justice, we must also show up for peace and disarmament if we hope to one day realize King’s beloved community.
~~~~~~~~~~~
Kevin Martin, syndicated by PeaceVoice, is President of Peace Action, the country’s largest grassroots peace and disarmament organization with more than 200,000 supporters nationwide. The Rev. Dr. Herbert Daughtry is the National Presiding Minister of the House of the Lord Churches.