A College Education Instead of Mindless Militarization 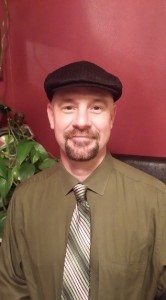 “As the United States military continues to sell the idea of joining its ranks to high school students throughout the nation as the best way for many poor students to get financing for college, the will to create true social responsibility for our nation’s underserved and underprivileged children is getting further out of reach.”

For the full article:
A College Education Instead of Mindless Militarization
541 Words
By Adam Vogal

As the United States military continues to sell the idea of joining its ranks to high school students throughout the nation as the best way for many poor students to get financing for college, the will to create true social responsibility for our nation’s underserved and underprivileged children is getting further out of reach.

Many democratic governments throughout Europe offer their children a free college education. Some, like Denmark, even pay their children a living allowance of around $1000 to go to college. In South America, the government of Brazil offers its students a free college education. The United States, conversely, charges students exorbitant fees for education which has forced many poorer students to either join the military and utilize the GI Bill or take out huge loans in order to go to college.

In the richest country in the world, for the people in the poor districts throughout America, the only possibility of a free college education comes with the costs of possible loss of life, possible disfiguring injury, possible increases in mental illnesses like PTSD, increased incidences of suicide both during and after military service, and if you’re a female, possible sexual harassment and increased incidences of rape.

Why can countries like Germany, Denmark, Norway, Sweden, Brazil and others send their students to college for free while American students have to choose between a continued existence in poverty and debt, or death on the battlefield, the increased possibility of rape, and/or higher incidence of mental illnesses if they want a college education?

The reason is actually quite clear if you compare America to the other countries that offer free education. Unlike those countries, America has a failed economic and political system that favors enriching the elites behind the Military Industrial Complex over ensuring that America has a well-educated populace free from the necessities of wasteful spending that war making creates. Unlike the common sense shown in other countries, our representatives choose the military over education every year when they make the federal budget.

According to NationalPriorites.org, the American taxpayers will spend $598.5 billion of the discretionary spending on the military in 2015 while only spending $70 billion on education. This is 54 percent of the total discretionary budget going to the Military Industrial Complex and only 6 percent going to educate our children. Only 6 percent is going toward building a future that has an educated people to run it. Only 6 percent being used to ensure that our people are educated and able to find work in a struggling economy. Only 6 percent is being spent to ensure that American children have a brighter future.

An economic system that gives children the choice between remaining in poverty and being indoctrinated into a kill and maim or be killed and maimed situation is a very broken system. Priorities are clearly out of place when these are the only choices poorer American children have if they want to have the better future gained through a college education. In the land of plenty, that our children have to choose between these pitiable choices is both atrocious and deplorable. Have Americans really become so complacent that they will let this injustice to our children continue indefinitely? I, for one, sure hope not.
~~~~~~~~~~~~~