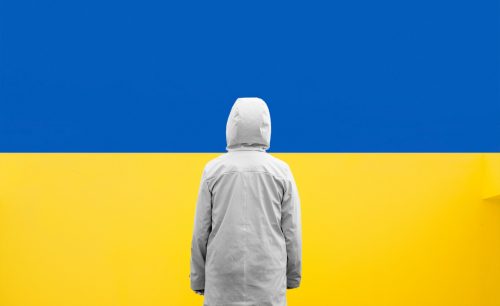 V. Putin’s war of aggression against Ukraine is a war crime. Although the “NATO expansion” and apparent effort to encircle Russia on its western border with new NATO members despite the promise of the Bush I administration not to do so, may be considered on the issue of appropriate punishment, it is no defense to the crime. In fact, aggressive war, or a war of invasion, is the “ultimate war crime” according the Nuremberg Tribunal and the US Prosecutor Justice Jackson.

Recent precedent supports that Putin is subject to prosecution for the invasion of Ukraine. In particular, the Kuala Lumpur War Crimes Tribunal and Commission were established under the Laws of Malaysia, they had a pre-existing Statute and Rules of Procedure. They also paid for a qualified Team of Malaysian Barristers to defend the Defendants. They put on as vigorous a Defense as could have been made.

Despite that excellent defense, the accused–George W. Bush and Tony Blair–were convicted of war crimes based on overwhelming evidence of their guilt. In Kuala Lumpur, after two years of investigation by the Kuala Lumpur War Crimes Commission (KLWCC), a tribunal (the Kuala Lumpur War Crimes Tribunal, or KLWCT) consisting of five judges with judicial and academic backgrounds reached a unanimous verdict (2011) that found George W. Bush and Tony Blair guilty of crimes against peace, crimes against humanity, among others as a result of their roles in the Iraq invasion.

In addition to the crime of aggressive war, the trial held in Kuala Lumpur heard harrowing witness accounts from victims of torture who suffered at the hands of US soldiers and contractors in Iraq and Afghanistan following the illegal invasions and wars of aggression.

At the end of the week-long hearing, the five-panel tribunal unanimously delivered guilty verdicts against Bush, Cheney, Rumsfeld and their key legal advisors who were all convicted as war criminals.

Full transcripts of the charges, witness statements and other relevant material has been sent to the Chief Prosecutor of the International Criminal Court, as well as the United Nations and the Security Council apparently in support of “official criminal prosecution” by that body.

Mr. Putin ought be concerned that this precedent, along with the Nuremberg Tribunal’s rulings, indicates a serious judgment by informed members of the international community that wars of aggression, and the other crimes that unavoidably follow such invasions, will be met with condemnation and legal action. The people of the world will demand and expect accountability, as no person is above the law.

Although, as of yet, Mr. Bush and his fellow defendants have not been brought before any “official” bar of justice, their status as War criminals will follow them and dog their days should they leave the “protection” of nations arguably complicit in their crimes. They travel internationally at risk of arrest by nations committed to the rule of law. They are branded with the “mark of Cain” indelibly and arguably even more odiously.

Of course, the condemnation of Mr. Putin’s like crime by US and Allied Officials, would carry more moral force should Mr. Bush et al. be charged officially, by those nations in which they have sought refuge—all such nations bear a duty to do so under the law of nations. Mr. Putin should not take solace from the lack of their prosecution. The unequal application of law, especially the law of war, has long been one of its major defects. Both “victor’s justice” (no consequential prosecution of a prevailing power) and superpower impunity (no documentable legal consequences for superpower war crimes or crimes against humanity) are at issue now as in the past.

However, the Israeli example of hunting down War Criminals from the Nazi regime despite their evasion of the official Nuremberg Tribunal, is but one example of what the future may hold for such criminals. Lead amongst these was Simon Wiesenthal, ironically born in Ukraine. The great mass of humanity yearns for justice, despite being burdened with “leaders” whose arrogance erroneously enables them to conclude they are immune from justice. In this regard, universal jurisdiction over war crimes has the potential to ensnare war criminals, and is very threatening to the Kissingers and Rumsfelds of this world, who have curtailed their travel schedules apparently out of fear of arrest in some nations that prefer the rule of law to war and justice for all to justice for some.

Perhaps, if brought to trial, Mr. Putin will call Mr. Bush as a witness for his defense. If Mr. Bush eludes accountability, Mr. Putin may argue, then I cannot be held accountable for the invasion of Ukraine without violating the principle of “equal justice under law.” On its face, this claim has some force, especially against US efforts, if any, to prosecute Mr. Putin, as it is foundational in US law that the law apply equally to all.

If Mr. Putin is guilty, then so is Mr. Bush. Selective prosecution in War Crimes cases makes a mockery of the rule of law and supports the claim that Nuremberg and all such efforts are mere “victors justice” that ignores the war crimes of victors while punishing losers, an extreme example of “might makes right.” Surely, it falls short of Abe Lincoln’s aspirational aphorism: “right makes might.”

Or perhaps, the prosecution would call Mr. Bush as an “expert” witness on what it takes to plan and commit a war of aggression, an illegal invasion, to lay a foundation for the tribunal to evaluate Mr. Putin’s plans and acts. This could be problematic, as Mr. Bush could elect to “plead the fifth,” taking the position that his testimony could open him to criminal prosecution for the same crime as Mr. Putin—a criminal war of aggression. And were Mr. Bush to testify his own words could convict him, thus taking the fifth is valid.

Regardless of the legal morass the foregoing creates, humanity clearly owes a debt to the Kuala Lumpur War Crimes Tribunal. It provides compelling precedent for the assertion that the law of the international community repudiates “victors’ justice” and that wars of aggression are crimes.

Even Mr. Bush appears to support that view. The 43rd president was making a presentation to an audience at his presidential library in Dallas on Wednesday May 18, 2022 when he condemned “the decision of one man to launch a wholly unjustified and brutal invasion of Iraq – I mean Ukraine.” With such a declaration against his interest, Mr. Bush ratified the legitimacy of the Tribunal’s indictment and judgment of conviction.

The law of humanity is bending the moral arc of the universe towards justice, no matter how obstructionists like Mr. Putin, and Mr. Bush, try to stop it. On second thought, perhaps these “birds of a feather” ought be “tried together?” Were it so, right could make might, and the rule of law promoted to its rightful place in a world free of war criminals.