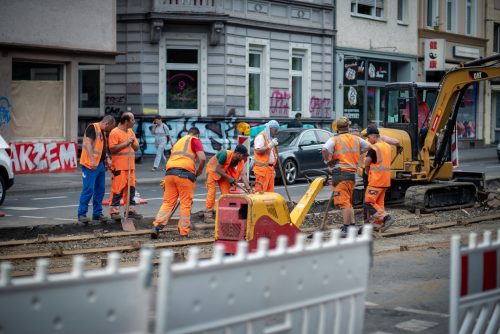 It’s Time to Abolish the Filibuster

The filibuster has proved more pernicious to democracy than any other procedural rule of Congress. It’s time for it to go.

These claims may seem excessive in view of the real accomplishments of the 117th Congress, e.g., bills supporting a major upgrade of the nation’s infrastructure as well as substantive action in combating climate change. One can also note bills that expanded protections for victims of domestic abuse and sexual violence, designated lynching as a federal hate crime, and protected same-sex and interracial marriage, to name just a few.

But Congress failed to address fundamental problems afflicting American democracy, from the suppression of voting rights and workers’ rights, to the need for meaningful immigration reform. And a principal reason for its failure is the chokehold of the filibuster.

When using the term “filibuster” today, one must note that this isn’t the “talking filibuster” that director Frank Capra idealized in his 1939 film, “Mr. Smith Goes to Washington.” Nor is it the obstructionist “talking filibuster” used by Southern senators from the 1920’s through the 1940’s to block anti-lynching legislation, or to delay civil rights legislation in the 1950’s and 1960’s.
Instead, it is a Senate rule, worked out by both Democrats and Republicans in the 1970’s, that allows individual senators to block bills simply by announcing the intent to filibuster, with a 41-vote requirement to close debate. Called a “stealth,” or “silent,” filibuster, this rule simply means that the word “filibuster” is now shorthand for the requirement of a 60-vote supermajority on much critical legislation – with significant exceptions carved out for budget bills and votes on nominations, such as for Supreme Court justices.

Such a requirement has no basis in the U.S. Constitution, and it runs counter to a majoritarian philosophy espoused by such founders as James Madison and Alexander Hamilton. In recent times, it has wreaked havoc on Congress’s ability to strengthen representative democracy.

In October, 2021, the filibuster blocked passage of the Senate’s Freedom to Vote Act, which would have, among other things, made Election Day a national holiday, expanded voter registration through automatic and same-day registration, and limited the removal of voters from voting rolls. The next month, the filibuster marked for defeat the John R. Lewis Voting Rights Advancement Act, a bill that would have revitalized the 1965 Voting Rights Act, helping curtail discriminatory electoral practices. The defeat of this legislation must now be seen in the context of the plethora of bills intended to restrict voting access and promote partisan interference in voting processes – bills either passed or currently moving through many state legislatures.

The filibuster also blocked a major piece of labor reform legislation, the Protecting the Right to Organize Act (PRO Act), that would have enhanced workers’ protections from corporate interference when attempting to organize workplaces. And the stealth filibuster also made it impossible for the 590,000 recipients of DACA, young people brought here as children and raised and educated in America, to move out of the legal limbo in which they’ve been placed by judicial and political attacks.

One might object, in response to these critiques, that the filibuster offers protections to the minority. But the Senate is so constituted that power is already skewed to smaller states. If you happen to be one of the 576,851 residents of Wyoming, your two senators wield as much legislative clout as the senators representing the 39,538,223 residents of California. That’s a power ratio of almost 70 to 1.

You might ask, what minority would be protected in any case? When the U.S. Chamber of Commerce upheld the filibuster as a defense against raising the minimum wage, and against passage of labor’s PRO Act, one wonders if the issue is not so much about protecting the minority as about ensuring corporate hegemony.

It may seem quixotic to focus on the filibuster when the current House of Representatives promises little more than gridlock, if not legislative chaos. But there is perhaps no better time than now for the Senate, at least, to put its own house in order: to model a path to a more representative democracy – and to be ready when the time again comes for forward movement.