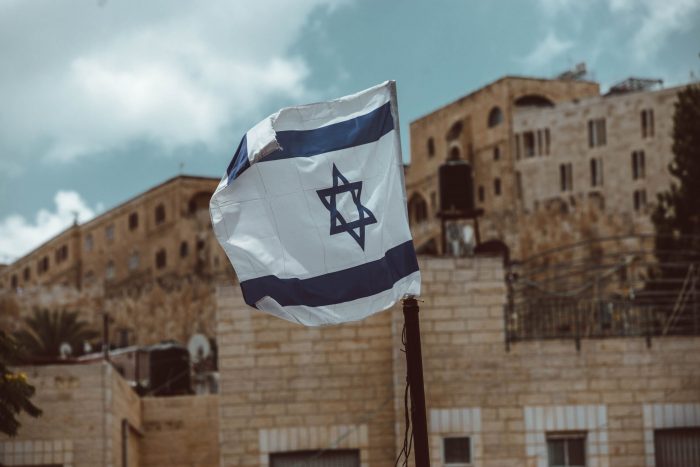 by Mel Gurtov and Larry Kirsch

The Threat to Human Rights

No one should be surprised to find Benjamin Netanyahu back as prime minister of Israel, with decisive support from far-right religious extremists. With the recent election, the religious bloc called Religious Zionism put Netanyahu’s Likud party comfortably over the top in the Knesset and now, as a leading member of the governing coalition, it is strongly positioned to pursue its volatile agenda aimed at reclaiming Israel as a Jewish state.

Among things that might follow, based on their leaders’ public statements, are the deportation of “disloyal” Palestinian citizens, legal challenges to Palestinian-owned buildings in the West Bank, restrictions on access to Al-Aqsa–the Temple Mount in Jerusalem sacred to both Jews and Palestinians–and massive changes in Israel’s legal system pertaining to the selection of judges and the authority of the Supreme Court to overrule laws on constitutional grounds.

This is obviously a very troubling development for US policymakers and more generally, for human rights advocates everywhere. Regrettably, the initial US response, which came from the State Department’s spokesman, avoided direct comment on the extremists’ takeover:

“We hope that all Israeli government officials will continue to share the values of an open, democratic society including tolerance and respect for all in civil society, particularly for minority groups. You’ve heard us speak to the commitment we have to a future two-state solution and to equal measures of security, freedom, justice and prosperity for Israelis and Palestinians alike.”

Two years ago, Lehava, the virulent Israeli citizen’s group at the epicenter of armed attacks, race-mongering, and incitement of terror against Palestinians, was inextricably bound-up and politically enabled by Otzma Yehudit (translated as “Jewish Power”), an extremist right-wing political party that became a key player within Benjamin Netanyahu’s governing coalition. Otzma represents one of the factional players Netanyahu needed most to assure his political survival and as important, to support a vote in the Knesset that would effectively eliminate pending legal charges against him in his trial on charges of breach of public trust and corruption.

The voters of Israel have now spoken and the Netanyahu government and Knesset will predictably veer to the extreme right at least for the immediate future.

Senator Robert Menendez, chair of the Senate Foreign Relations Committee and one of Israel’s most ardent and important political supporters, had reportedly warned Netanyahu about the adverse consequences for congressional support of bringing the extremist Religious Zionism bloc into the government. His candid pre-election cautions apparently evoked the ire of Netanyahu (“pissed him off”) but they doubtless hit the mark.

“The most important thing Washington could do would be to stop giving Israeli leaders a pass. Washington’s reluctance to hold Israel accountable for any excesses—whether in terms of human rights abuses against Palestinians, continued settlement expansion, home demolitions, evictions, or other violations—while continuing to shield Israel from the costs and consequences of its own actions in the international arena has fueled the sense of impunity and triumphalism of Israeli leaders and the far-right extremists they have empowered.”

When these far-right groups first appeared in Netanyahu’s governing coalition, the newly formed Biden administration was besieged with increasing fervor by voices on all sides of the unfolding tragedy.

At that time we argued that the President could take an executive action to undermine Israeli extremism without the risk of fracturing his base or reputation at home or around the world. He could ask the State Department to consider whether Lehava and Otzma Yehudit should be added to the State Department’s Foreign Terrorist Organization (FTO) list. It had been widely reported, both in Israel and the United States, that these organizations and their leaders had received support from US donors through a cryptic network of religious and service organizations designed to provide cover as charitable institutions.

T’ruah, a leading American human rights organization representing two thousand rabbis and cantors, filed a series of official complaints with the IRS documenting the abuse of the US tax laws for so-called “charitable contributions” that ultimately went to support Lehava and Otzma.

Although Biden knows far better than to be seen meddling directly in another government’s internal politics, putting an Israeli political organization on a US-sponsored list geared to eliminating a tax exemption for the support of terrorist activity could be highly influential and well within the bounds of propriety. There is historic precedent for doing so. The legislation authorizing that move in 1996 was drafted by Ron Klain, then a lawyer serving in the Department of Justice, with support from then-Senator Biden. The President should consider taking this action now.

While it is far from clear precisely how US policymakers will express their opposition to Israeli extremism—whether indirectly, through the FTO list as we have suggested, or more directly through diplomatic or legislative means—most important is that the US government deter terrorism sponsored by entities close to the heart of the incoming Israeli government.

Those who rightly decry Palestinian terrorism need to take a hard look at what Israelis have just voted in—a coalition that has prominent advocates of violence against innocent Arab citizens. Doing so would give substance to US support of human rights, not only in Israel but in the Middle East generally.

Larry Kirsch is a consulting economist who focuses on economic and social justice, consumer protection, and public finance.