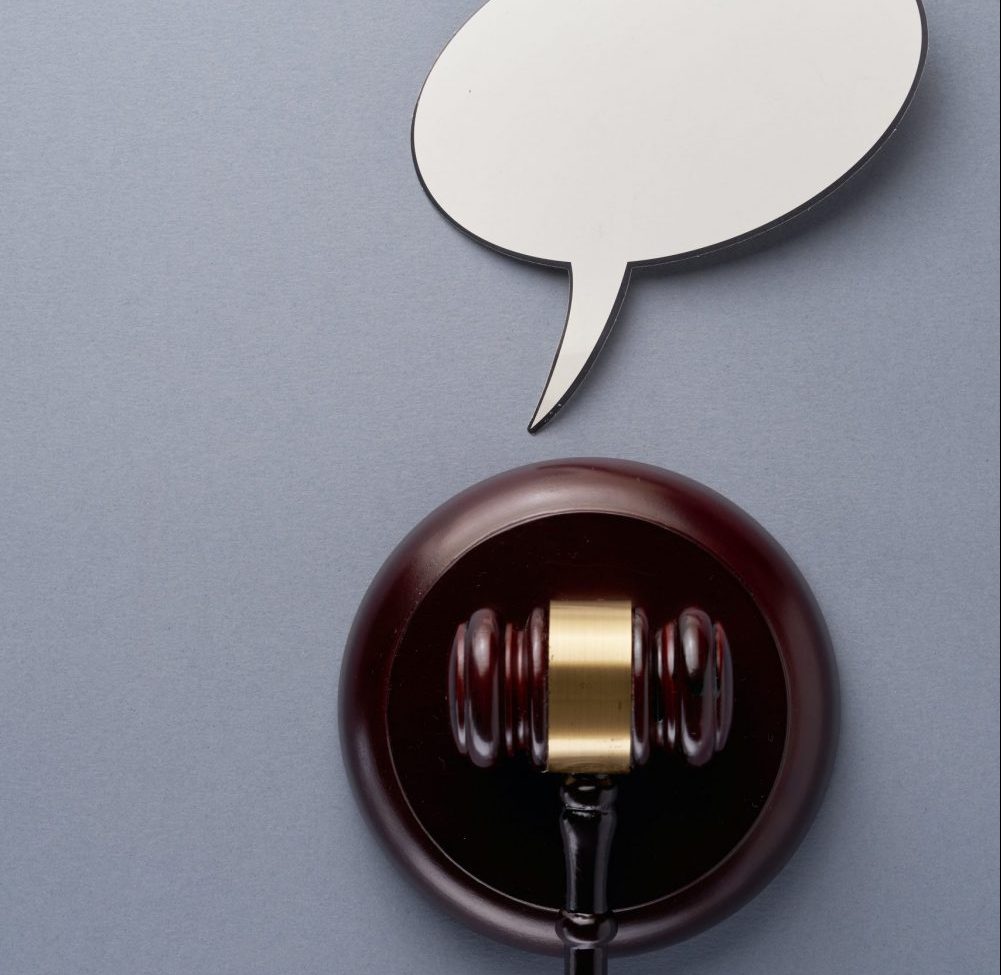 Is Armageddon a crime?

Is Armageddon a crime?

I have represented nuns, priests, and lay believers, who were arrested, prosecuted (I now say “persecuted”) for pouring their blood on US nuclear ICBMs or other nuclear weapons and praying for peace.

They were convicted (denied trial by jury though same is guaranteed twice expressly in the U.S. Constitution), sentenced, and served involuntary servitude for the US war machine. Apparently, they had a lousy lawyer.

One nun I represented in another nuclear resistance case, the heroic Jackie Hudson, asked me what she should wear to court. Being an atheist myself, I suggested it might help get sympathy if she would wear her habit, as we would be going to the “temple of justice.” So ignorant was I of her order, I did not know they did not wear habits, rather they fed the hungry, clothed the naked, housed the homeless, while wearing “ordinary” clothing. Admittedly, my ignorance was boundless, in those naïve days of my innocence and faith in the law.

We went to court to ask the judge to recuse himself from the case because besides being a judge, he was also a US Air Force Reserve Pilot who flew “nuclear capable” aircraft as part of his “duties” from time to time.

Our argument was that he had a conflict of interest from that position. We intended to argue that nuclear war and weapons were criminal under US Armed Forces law, as well as US treaties and the law of nations. Therefore, we contended, since we would accuse the US and its president of planning and preparing for a criminal war (using nukes) in violation of such laws, the judge could not be impartial given his oath to follow orders from the President (even the appearance of partiality is impermissible under the law).

All we wanted was a judge who was not encumbered by possible military orders and oath conflicts. We lost. The judge retained the case (with predictable result). As we left the courthouse, Jackie turned to me, and asked: “What do you think of your ‘temple of justice now?’”

Decades of such cases later, I realize Jackie Hudson with her long experience being jailed by the criminal enterprise existing to protect US nuclear war planning and preparation from any fair trial, not unlike Hitler’s Peoples Court that protected the Reich’s crimes, knew what I did not: nuclear weapons were the US god—that is why it says “in god we trust” on the money, not “in Jesus we trust.”

Jackie walked the walk in the footsteps of Jesus and was not impressed with the god of America. She died serving a prison sentence at the hands of the war state, crucified for her resistance to nuclear Armageddon. I have lately thought much about Jackie, who’s wit and wisdom and humanity beggars the imagination, and especially her efforts to forestall Armageddon, much discussed these days including by Joe Biden, another kind of “catholic” and V. Putin, a self-proclaimed follower of the Christian teachings of the Orthodox Russian Church.

Britannica gives a concise explication of what is Armageddon: “in the New Testament, a place where the kings of the earth under demonic leadership will wage war on the forces of God at the end of history. Armageddon is mentioned in the Bible only once, in the Revelation of John, or the Apocalypse of St. John (16:16).

Only mentioned once in the Bible, Armageddon is the result of demonic leadership waging war on the forces of god. How interesting to an atheist anti-nuke lawyer urging that human law makes nuclear weapons criminal! Perhaps I ought convert? All these years I did not realize I might be part of the “forces of god,” in a divinely inspired resistance to demonic leadership!

Jackie Hudson and I debated her faith and my faithlessness on occasion, but she was unable to persuade me, even though I admit, were Jesus to be the son of god, and return to earth, as the Prince of Peace, he would be likely to associate with Jackie and her ilk rather than such as I, or US Presidents, congresspersons, or high officers of the US Department of War, all of whom denigrate His teachings by their daily acts.

The film Conspiracy tells of a 1942 two-hour meeting where top Nazis worked out Hitler’s “demonic” Final Solution—none objected to the genocide, only to the method to be used, bullets v. gas, and which government bureau received which powers. Based on an actual transcript of the meeting, the bureaucratic arrogance of the Nazis present, mostly lawyers, reminds me of meetings I long ago attended in Washington DC of similar bureaucrats working for the Department of War: gray men quietly doing the work of death planning.

The shades of the gallows of Nuremberg, where the victorious US, USSR and their allies hanged such “gray men,” are evoked in the film as some of the lawyers struggle with how to make the Final Solution “legal” under Germany’s extant “Nuremberg laws” governing “Jewishness.” It is a sickening film to watch as the magnificent portrayals belie the odious actual characters played. They are odious because they feared their Fuhrer, and the SS, and had not the courage to stand for law and justice but acquiesced before the fearsome reach of their dictator and his thugs.

We have our own Dictator:

“The U.S. President has sole authority to authorize the use of U.S. nuclear weapons. This authority is inherent in his constitutional role as Commander in Chief. The President can seek counsel from his military advisors; those advisors are then required to transmit and implement the orders authorizing nuclear use. But, as General John Hyten, then the Commander of U.S. Strategic Command (STRATCOM), noted, his job is to give advice, while the authority to order a launch lies with the President.”

I am hard pressed to find a principled basis for distinguishing our current policy of nuclear Armageddon from Hitler’s Final Solution. Arguably the Final Solution is less obscene—it targeted only a single sector of humanity. Current Nuclear planning if implemented, could kill everyone: omnicide versus “mere” genocide. Certainly, killing six million is a lesser crime than killing seven billion? Or maybe I am wrong and Armageddon is no crime?

I contend we now face Armageddon subject only to the orders of our Nuclear Dictator. The Russian people are similarly imprisoned by their Fuhrer. The sole remaining question is moral. Do we acquiesce in “demonic leadership” proposing to wage war on the “forces of god”? Do we nonviolently resist, like Jackie Hudson? Are we nothing but “gray men” debating the how and when of the “Final Solution” for all rather opposing it? We stand in the shadow of the gallows if we fail to resist.

There is no victory in nuclear Armageddon, only defeat, an end to law and morality. The many Jackie Hudson-like folks I had the privilege of representing and knowing, were and are still right. We must pour our blood on these demonic weapons, we must unite in support of the “forces of god” or the Creator or humanity itself. We must oppose the crime of Armageddon and demonic leadership. We are the forces of the Creator and defenders of the Creation.

The fires of a demonic nuclear hell await otherwise.