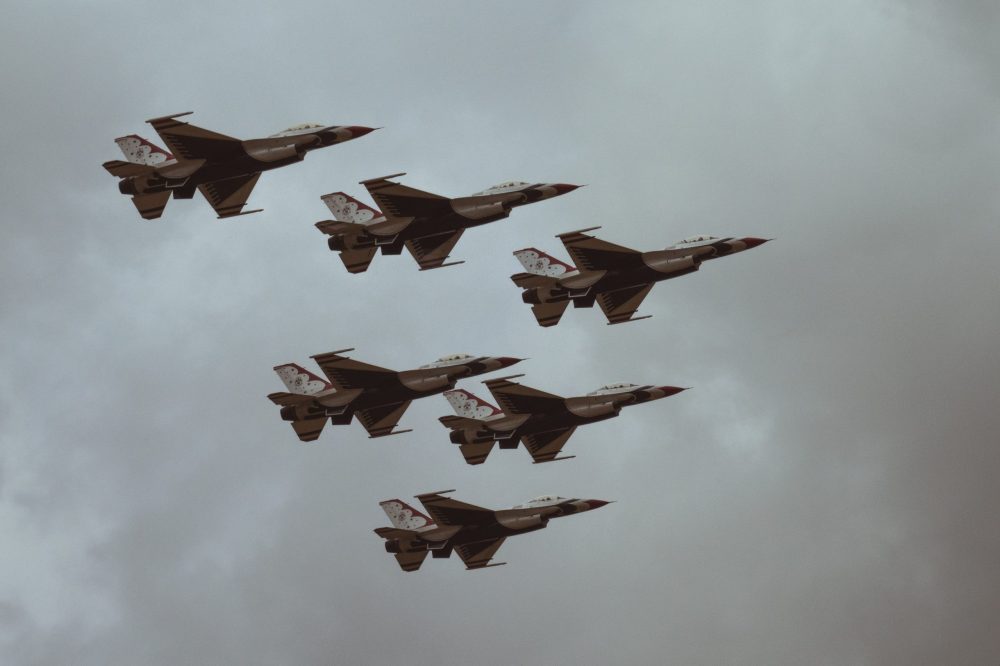 What does surrender look like in the world of geopolitics? To my mind, this gets pretty close:

“President Biden’s national security adviser said on Sunday that the United States had warned Russia that there would be ‘catastrophic consequences’ for the country if Moscow used nuclear weapons in its increasing desperation to hold on to territory in Ukraine.”

This is surrender in multiple directions, or so it seemed to me as I read these words the other day in the New York Times — surrender to the worst (the stupidest) of who we are, on the part not only of the growling superpowers on both sides of the conflict, who are apparently playing games with Armageddon, but also surrender on the part of the mainstream media, which has failed, yet again, to cover war in the context of a larger sanity.

Maintaining peace through militarism — us vs. them, good guy wins, bad guy loses — has gotten blown up in the age of nukes. But for some reason any grasp of this remains politically marginal. In a world that has sliced itself into international borders, power remains a matter of dominance, or so the world’s leaders (and the media that covers them) continue, apparently, to believe.

Much of Planet Earth is moving beyond this glaringly lethal ignorance, but the most “powerful” nations on the planet remain spiritually underdeveloped. It’s the only way they can hold onto their power.

As a journalist, my impulse is to cry out to the media to do its job: to cover geopolitics, to cover war — Russian, American and all the rest — in a context larger than that declared by the national leaders who are caught up in it. The best the Times could do, at least in this particular story, was to cast Putin as an international “pariah” because, in threatening to use nuclear weapons in Ukraine if necessary, he “broke the nuclear taboo for the first time in 77 years.”

In other words, it’s OK to possess nukes. You’re just not supposed to talk about them.

The larger context of this particular story would, it seems to me, include a perspective that transcends the thinking of both American and Russian leadership. Such a perspective would include the fact that most of the world’s nations, as well as the United Nations, have declared nuclear weapons . . . ahem . . . illegal.

The Treaty on the Prohibition of Nuclear Weapons, which bans their use, development and actual possession, was approved by the U.N. General Assembly in 2017 by a vote of 122-1 (the nine nations that possess nukes, along with most of the members of NATO, boycotted the vote). It has now been ratified by 68 countries, and signed by a total of 91.

“On the International Day for the Total Elimination of Nuclear Weapons, we reject the claim that nuclear disarmament is some impossible utopian dream.”

So said U.N. Secretary-General António Guterres a few days ago, making a point that is globally crucial and by no means irrelevant to the looming disaster in Ukraine. For God’s sake, we have become a transnational planet and the job of everyone — this includes world leaders, media, you, me — is to envision a trans-militarized world and continue evolving toward it.

“Eliminating these devices of death is not only possible, it is necessary,” Guterres said. “. . . we need a new vision for nuclear disarmament and nonproliferation.”

I repeat: We need a new vision! A “new vision for nuclear disarmament and nonproliferation.” A new vision of the meaning of geopolitics, the shortcomings of nationalism and national borders. A new vision of the nature of power. What if — at the highest levels of media and government — we saw “power” as a force that valued life?

Here are some words of Martin Luther King: “In a real sense all life is interrelated. We are all caught in an inescapable network of mutuality, tied into a single garment of destiny.”

Let us consider the possibility that this isn’t just blather — that it’s actually true. Then what if means, at the deepest core of human existence, is that playing war — endlessly preparing to destroy part of ourselves — is suicidal behavior. National military budgets might as well be called suicide budgets. We have to start learning how to live without defining ourselves by our enemies. What if, at the very least, the media reported on war in this context, rather than in the context of good vs. evil, NATO vs. Putin?

As David Swanson pointed out at World Beyond War, both Russia and the United States “stand as rogue regimes outside the Landmines Treaty, the Convention on Cluster Munitions, the Arms Trade Treaty, and many others.” Neither country is party to the International Criminal Court or supports its rulings. And the U.S. and its allies violated any commitment to Russia, such as the eastward expansion of NATO, when the Cold War ended, making the present moment of nuclear uncertainty inevitable.

As I noted, the wealthiest and most militarily powerful nations on the planet are, in a spiritual — in a moral — sense, the world’s most underdeveloped nations, committed to maintaining power over, rather than power with, the rest of the planet. At the very least, the media shouldn’t give national leaders trapped in this commitment the final say in how to move forward.

And no matter what the danger, such leaders will not, of their own volition, give up their nations’ nuclear weapons. They cannot hear António Guterres, who, speaking in a larger sanity, points out: “Eliminating nuclear weapons would be the greatest gift we could bestow on future generations.”