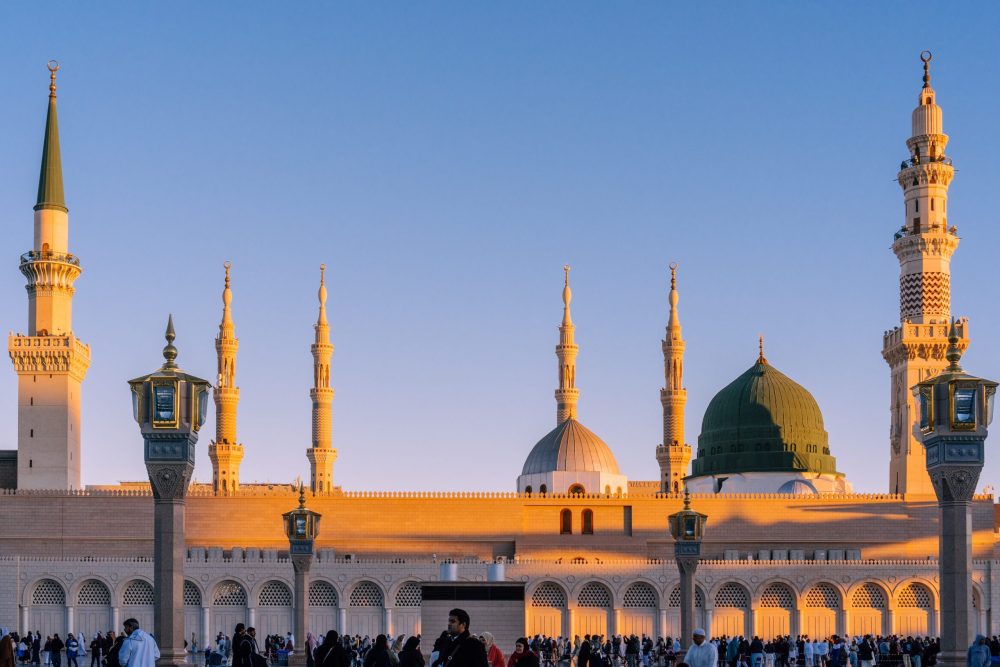 Back to the Future: Biden in the Middle East

Back to the Future: Biden in the Middle East

President Biden has now completed his first visit to the Middle East. The trip was billed as an opportunity to reset relations, especially with Saudi Arabia, promote respect for human rights, and reaffirm traditional US policy on Israel and the Palestine question.

Biden did what all presidents do: He gave priority to strategic and economic interests ahead of human rights. His main accomplishment is that he discarded some of the worst features of Trump’s Middle East policy.

In an op-ed for the Washington Post prior to his trip, Biden said: “From the start, my aim [with Saudi Arabia] was to reorient — but not rupture — relations with a country that’s been a strategic partner for 80 years.” Biden must contend with a leader—Crown Prince Mohammad bin Salman—who, US intelligence has concluded, ordered the assassination of the journalist Jamal Khashoggi.

Salman dazzled Trump and Jared Kushner with his wealth, made never-fulfilled promises of arms purchases and increased oil production, and carried out a terribly destructive war in Yemen with US logistical and weapons support. How well did Biden do on those issues?

While Biden greeted Salman with a fist bump, he says he personally told Salman he “blamed” him for the Khashoggi murder. The Saudis deny that, and Biden moved on.

On Yemen, Biden says the Saudis are now obeying a truce and that Yemenis now enjoy their first peace in several years. But the Saudis have promised to stop their bombing of Yemen before, only to resume when the Americans’ attention was elsewhere.

As for the Saudis stepping up oil production as a contribution to lowering of gas prices here, no such arrangement was announced. As in the past, the Saudis are mainly responsive to markets and moneymaking opportunities for them. Right now, they’re busy, along with the Chinese, in buying up cheap Russian oil. The crown prince doesn’t seem the least interested in helping a Democratic president who has publicly reviled him as a “pariah.”

Biden also met with leaders of eight other Arab countries, including President Abdel Fattah el-Sisi of Egypt, where tens of thousands of political prisoners are in jail as part of a crackdown on dissent. Biden’s spokesman said: “He will bring up human rights with every leader that he meets with.”

Sure. But eight of the nine countries have unelected leaders who show little tolerance for dissent. What they want is more US weapons to keep their citizens under wraps, and they’ll probably get them.

Regarding Israel, Biden was of course far more forthcoming with Israel than with the Palestinians. Except for disagreement on Iran, it was the usual show of partiality toward Israel and hopefulness of a “two-states, two peoples” solution to the conflict.

Biden met with President Abbas of the Palestinian Authority and expressed the “hope” that Palestinian children will “one day enjoy the same freedom and self-determination as their neighbors.” But he gave no indication that the US would take initiatives to help realize that hope, or at least restore political and humanitarian support of the Palestinians that Trump had ended.

As for Iran, although Biden upheld support for restoring the nuclear deal, he also (and needlessly) bowed to Israel’s hardliners by promising to attack Iran’s nuclear facilities if all else fails.

That was a particularly shortsighted comment given the importance of the nuclear deal not just for forestalling any Iranian effort to build a bomb, but also for removing sanctions on Iran’s oil exports, which could benefit the US and might forestall Iran’s reportedly imminent sale of drones to Russia for use against the Ukrainians.

If we’re writing up a balance sheet on Biden’s trip, the positives are a $1 billion grant for food security assistance for the Middle East and North Africa, a possible nudge of Saudi Arabia closer to establishing official relations with Israel, and restoration of the US policy that recognizes the necessity of a two-states solution in Israel-Palestine. But many questions remain, such as: Will the Saudis end their intervention in Yemen? Will they push for a meaningful increase in OPEC oil production? Will US policy in the Middle East be guided in any important way by human rights priorities? And will the US get serious about restoring the Iran nuclear deal? Until those questions are answered in the positive, Biden’s mission will have to be considered to have accomplished very little.

Biden’s trip brought US Mideast policy back to where it had been before Trump: support of Israel and the two-state solution, support of Saudi Arabia for strategic and economic reasons, endorsement of the nuclear deal with Iran, and reaffirmation that the US intends to be the main outside player in Middle East affairs.

No breakthroughs, but no return to Trump’s unqualified support of Netanyahu’s Israel, his craven relationship with Saudi Arabia, and his abandonment of the nuclear deal with Iran. I suppose some might call that progress.