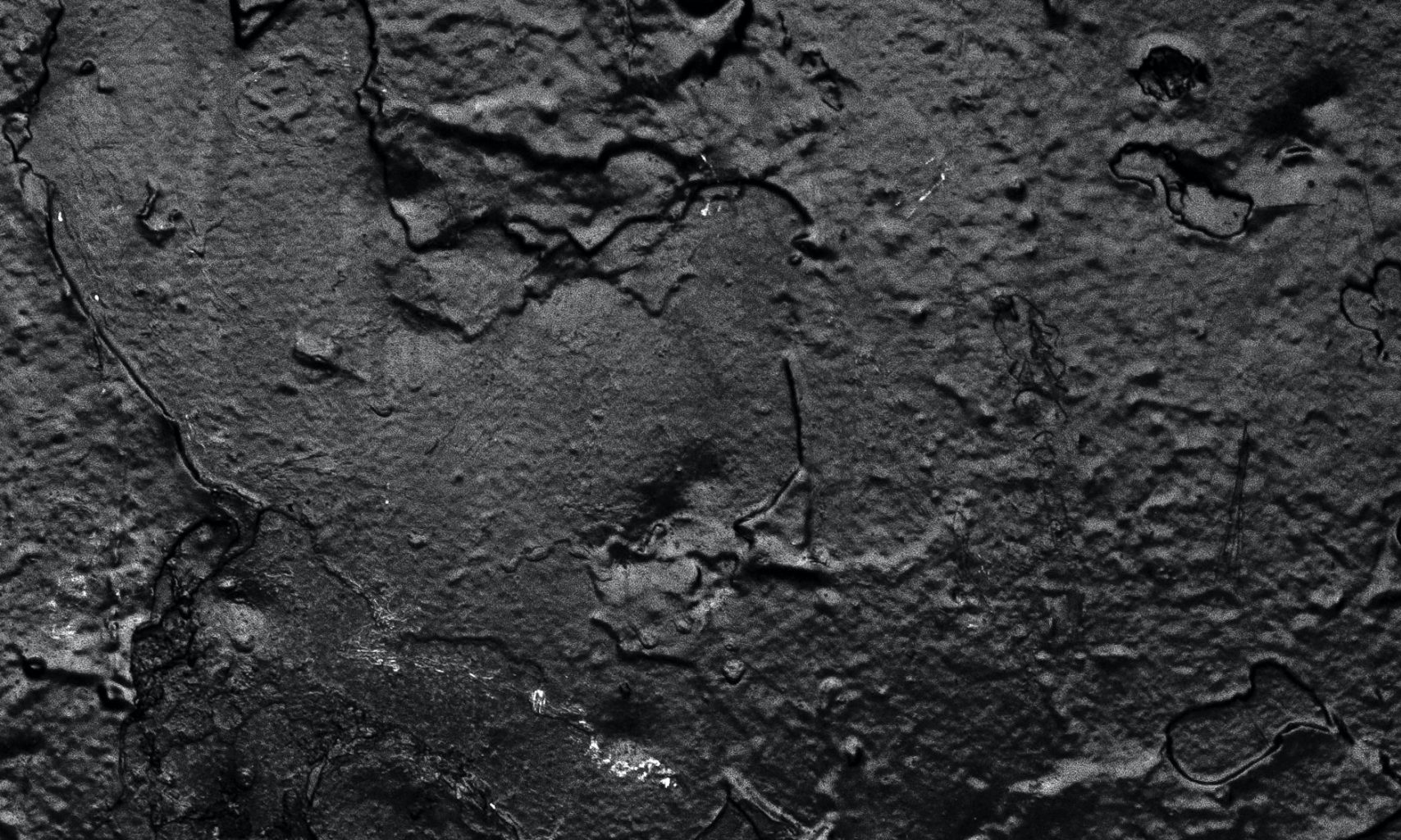 An iron curtain is descending on America and we were warned

An iron curtain is descending on America and we were warned

Great patriots have warned Americans of the possibility an Iron Curtain of authoritarianism could descend upon America, making America over in the image of its Fascist enemies. President Dwight Eisenhower in his first major presidential speech, The Cross of Iron, on April 16, 1953, laid out several critical precepts that ought guide US conduct in both domestic and world affairs if its decency and democracy were to survive:

“Every gun that is made, every warship launched, every rocket fired signifies, in the final sense, a theft from those who hunger and are not fed, those who are cold and are not clothed.

“This world in arms is not spending money alone. It is spending the sweat of its laborers, the genius of its scientists, the hopes of its children. The cost of one modern heavy bomber is this: a modern brick school in more than 30 cities. It is two electric power plants, each serving a town of 60,000 population. It is two fine, fully equipped hospitals. It is some fifty miles of concrete pavement. We pay for a single fighter plane with a half million bushels of wheat. We pay for a single destroyer with new homes that could have housed more than 8,000 people.” [Note: the numbers are from 1953 and are more unfair today.]

General Douglas MacArthur warned of the pestilential impact of military spending on the nation’s democracy in 1957 when he said:

“Our swollen budgets constantly have been misrepresented to the public. Our government has kept us in a perpetual state of fear – kept us in a continuous stampede of patriotic fervor – with the cry of grave national emergency. Always there has been some terrible evil at home or some monstrous foreign power that was going to gobble us up if we did not blindly rally behind it by furnishing the exorbitant funds demanded. Yet, in retrospect, these disasters seem never to have happened, seem never to have been quite real.”

Eisenhower’s 1961 farewell address explained the threat to the republic of the military-industrial complex:

“In the councils of government, we must guard against the acquisition of unwarranted influence, whether sought or unsought, by the military-industrial complex. The potential for the disastrous rise of misplaced power exists and will persist.”

Even before 9-11, the military-industrial-congressional complex Eisenhower warned America about had gained unwarranted influence: it has created the greatest government money can buy funded by incessant war spending, lobbying for more “defense” dollars and return on investment by supplying money for congressional campaign contributions. Since 9-11 the perpetual state of fear has eaten away at the national soul, infecting American patriotism, which during the times of Eisenhower and MacArthur, and prior patriots such as George Washington, meant defense of INTERNATIONAL HUMAN RIGHTS against authoritarian diktat. A disease of “us against them-ism” of a fascistic nationalism has infected the body politic, more reminiscent of the Fascist leaders Eisenhower and MacArthur fought than to great patriots of human freedom!

George W. Bush, like Vladimir Putin, engaged in wars of invasion based on lies, deceiving the people. That international stance, eroding international laws of war and the unity of nations around human rights, resulted in “secret sites,” torture, and abuse of prisoners, killing of innocents, and the usual rough riding over common sense and human decency which all invaders must resort to in order to declare “Mission Accomplished.” The only accomplishment was defaming and debasing of American principles.

Such lawless criminal invasion abroad, wholly reliant upon brutal police state tactics, soon infected domestic practice at home. Veterans of brutality abroad returned to America with “Veterans Preference” to be hired in government jobs, including as police officers, over competing candidates without vet preference. Many of these Vets brought with them, and applied, the “skill sets” learned “over there” in “civilian internment,” warrantless raids of homes, and shoot first ask questions later SWAT team type enforcement. Many other Vets, apparently despairing at what they had done, suicided in apparent soul sickness.

TSA and DHS soon normalized waiver of Constitutional Rights at airports, train and bus stations, acclimating Americans to unreasonable search and seizure as a condition of paying for travel. Schools installed “security” equipment and armed police officers which previously had only been deployed in prisons, and so American kids learned the goal of “government education”—to produce “ignorant compliant citizens.” Much of the American population today resides in “Constitution Free Zones” under DHS “regulation” as though DHS is doing the work of al-Qaeda—to destroy the “freedoms they hate us for.”

Truth tellers were rounded up, prosecuted and imprisoned for the crime of telling the people the truth about government crimes and misdemeanors both at home and abroad. Snowden, Assange, Manning, Hale, the list grows endless of true patriots telling the truth, hopefully to aid the people so that they could vote intelligently rather than voting in the dark. Simultaneously, those allegedly guilty of government crimes received pardons and honors.

So, the rot spreads. The Empire of Lies gained ground while fundamental human rights were at first reduced, and finally eliminated. Flush with success at degenerating into the likeness of our enemies in World War II “over there,” the cancer of rights violation began to blossom “over here,” apparently fulfilling the maxim: “what goes around comes around.” So extensive was the decay, degeneracy, and disregard for the Charters of Freedom on which America was founded that those entrusted with protection of the rights of the people united both parties in their destruction, until the final supposed bulwark, the US Supreme Court joined the battle.

Setting back the advance of human rights to a despicable state not seen since before the Civil War, the “Supreme” (sic) Court, reduced 50 percent of the American people, yes, I mean women, including those unborn, to the nearly the same fearsome, unAmerican status black female slaves knew before the Civil War: FORCED reproduction at the hands of a master other than their own liberty! All that’s missing is legalizing selling the children of such reproduction.

An Iron Curtain is descending on America. Its every manifestation is an insult to America’s Great Charters of Freedom, the Declaration of Independence, the Bill of Rights, the Constitution, that inform what it means to be an American Patriot: to put these inalienable universal Human Rights above party, above person, above life itself. Sickeningly, but unsurprisingly, much of the disdain for the rights of the people flows from the very persons entrusted with its protection: Presidents, Legislators and Judges!

History shows that the greatest danger to the rights of the people mostly comes from those entrusted with governmental office or power. Such miscreants can be identified from their cardinal rule of operation: divide the people amongst themselves, over some issue—for example, “the Jews stabbed Germany in the back”—and the divided people cannot unite to resist the erosion of their rights. Ask, “who benefits” from such division?

A trusting people have been complicit in erecting the Iron Curtain. They believed the lies and enabled the liars. The people allowed the very fear General MacArthur warned against to control their decision making, and thus enabled the domestic enemies of the rights of the people to inaugurate policies destructive of their liberty, and eroding of their communities, even violently assaulting the representatives of the people in Congress assembled to do the peoples’ work.

An Iron Curtain is descending but it cannot succeed in overthrowing the principles of a united people rallying around their mutual and fundamental rights which exist to preserve the equal liberty of the people from the despotic designs of those who seek only selfish self-interest. Each must join with one’s neighbor to resist this Iron Curtain, for the sake not only of the nation and the community, but for one’s children so that they may enjoy the blessings of liberty and justice for all.

Each must put the glorious national principles of universal human rights for all above all dividers or pretenders, be they a party, or a man who would be king. Such neighbors are the true American patriots, the backbone, blood and heart of a great nation, they now must rise by any and all nonviolent means, united in defense of the nation and the equal rights of all.