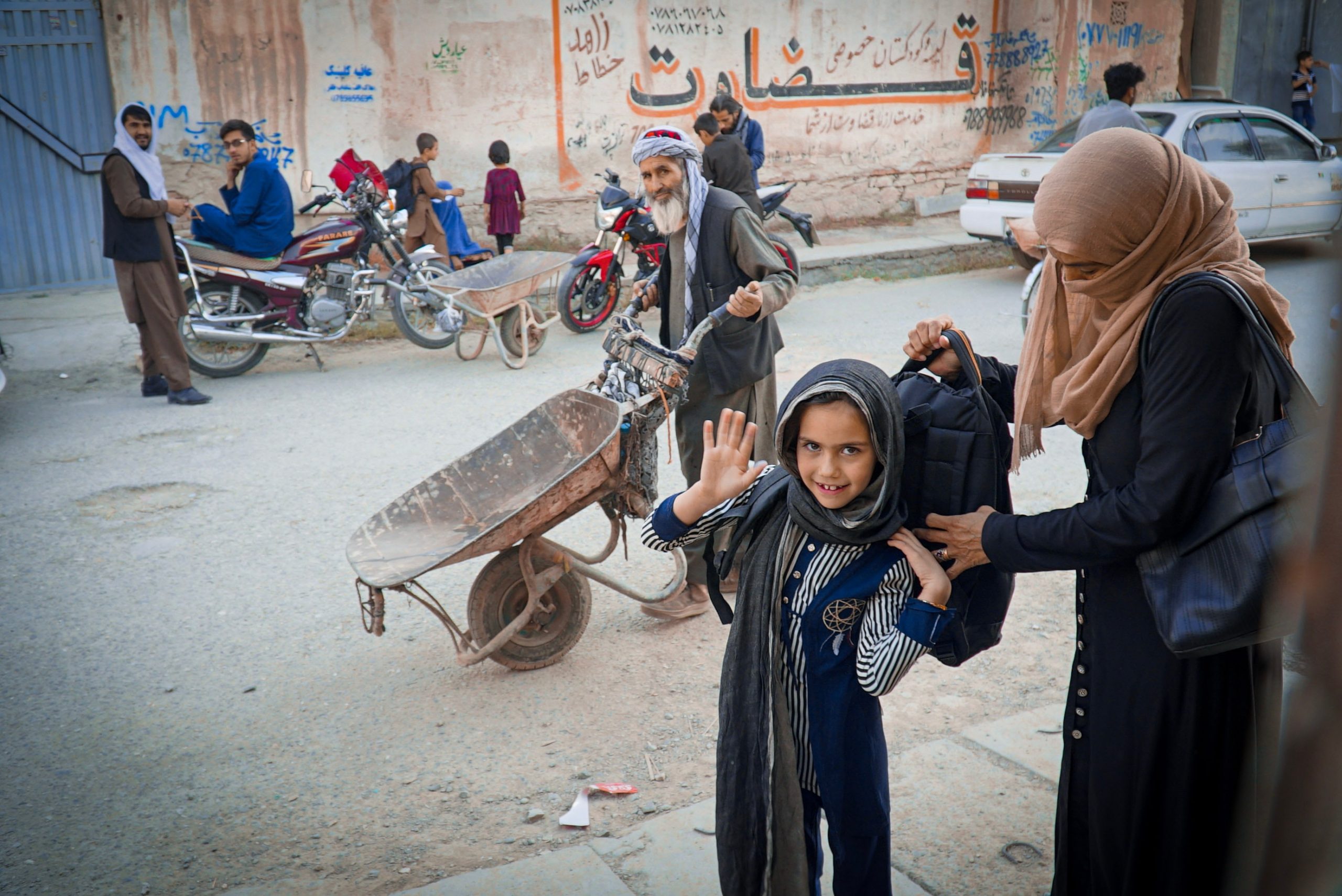 ‘Thank You for Hearing Our Afghan Pain’

‘Thank You for Hearing Our Afghan Pain’

People in the United States must recognize the suffering their country continues inflicting in Afghanistan.

During visits to Kabul, Afghanistan, over the past decade, I particularly relished lingering over breakfasts on chilly winter mornings with my young hosts who were on their winter break from school. Seated on the floor, wearing coats and hats and draped with blankets, we’d sip piping hot green tea as we shared fresh, warm wheels of bread purchased from the nearest baker.

But this winter, for desperate millions of Afghans, the bread isn’t there. The decades-long U.S. assault on Afghanistan’s people has now taken the vengeful form of freezing their shattered, starving country’s assets.

The U.S. confiscation of $9.4 billion in Afghanistan’s currency reserves has already plunged the country into an economic and humanitarian crisis. On January 10, the Biden Administration announced an Executive Order which will allow $3.5 billion in frozen assets from Afghanistan’s central bank to be distributed for humanitarian assistance in the country. But measures aiming to provide humanitarian assistance will not address the reality of an economy on the verge of collapse. If the Afghan Bank can’t pay teachers, health care workers and civil servants, those people won’t have money to buy food and if the farmers can’t sell their crops, they can’t afford to cultivate the land.

With some 23 million people in extreme hunger and a million children under age five in immediate danger of starvation, the U.S. should unfreeze all of Afghanistan’s Central Bank assets.

After visiting Afghanistan late last year, Dominik Stillhart, head of the International Committee of the Red Cross, said he felt livid over the collective punishment being imposed on Afghans through the freezing of the country’s assets. Referring to $9.5 billion dollars of Afghan assets presently frozen by the United States, he recently emphasized that economic sanctions “meant to punish those in power in Kabul are instead freezing millions of people across Afghanistan out of the basics they need to survive.” The myopic effort to punish the Taliban by freezing Afghan assets has left the country on the brink of starvation.

These $9.5 billion of frozen assets belong to the Afghan people, including those going without income and farmers who can no longer feed their livestock or cultivate their land. This money belongs to people who are freezing and going hungry, and who are being deprived of education and health care while the Afghan economy collapses under the weight of U.S. sanctions.

Recently, I received an email from a young friend in Kabul:

“Living conditions are very difficult for people who do not have bread to eat and fuel to heat their homes,” the young friend wrote. “A child died from cold in a house near me, and several families came to my house today to help them with money. One of them cried and told me that they had not eaten for forty-eight hours and that their two children were unconscious from the cold and hunger. She had no money to treat and feed them. I wanted to share my heartache with you.”

Forty-eight members of Congress have written to U.S. President Joe Biden calling for the unfreezing of Afghanistan’s assets. “By denying international reserves to Afghanistan’s private sector—including more than $7 billion belonging to Afghanistan and deposited at the [U.S.] Federal Reserve—the U.S. government is impacting the general population.”

The Congressmembers added, “We fear, as aid groups do, that maintaining this policy could cause more civilian deaths in the coming year than were lost in twenty years of war.”

For two decades, the United States’ support for puppet regimes in Afghanistan made that country dependent on foreign assistance as though it were on life support. 95 percent of the population, more than three-quarters of whom are women and children, remained below the poverty line while corruption, mismanagement, embezzlement, waste and fraud benefited numerous warlords, including U.S. military contractors.

The eminent human rights advocate and international law professor Richard Falk recently emailed U.S. peace activists encouraging an upcoming February 14 Valentine Day’s initiative, which calls for the unfreezing of Afghan assets, lifting any residual sanctions, and opposing their maintenance. Professor Falk acknowledges that the disastrous U.S. mission in Afghanistan amounted to “twenty years of expensive, bloody, destructive futility that has left the country in a shambles with bleak future prospects.”

“After the experience of the past twenty years,” Falk writes in the email:

“it seems time for the Afghans to be allowed to solve their problems without outside interference. I am sure many people of good will tried to help Afghanistan achieve more humane results than were on the agenda of the Taliban, but foreign interference particularly by the United States is not the way to achieve positive state-building goals.”

Several friends and I were able to send a small amount of money to the friend who wrote and shared with us her heartache over being unable to help needy neighbors. “Thank you for hearing our Afghan pain,” she and her spouse responded.

Now is a crucial time to listen and not to look away.

Kathy Kelly, syndicated by PeaceVoice, is an author and was a co-founder of Voices in the Wilderness and Voices for Creative Nonviolence, who helps coordinate the Ban Killer Dronescampaign.