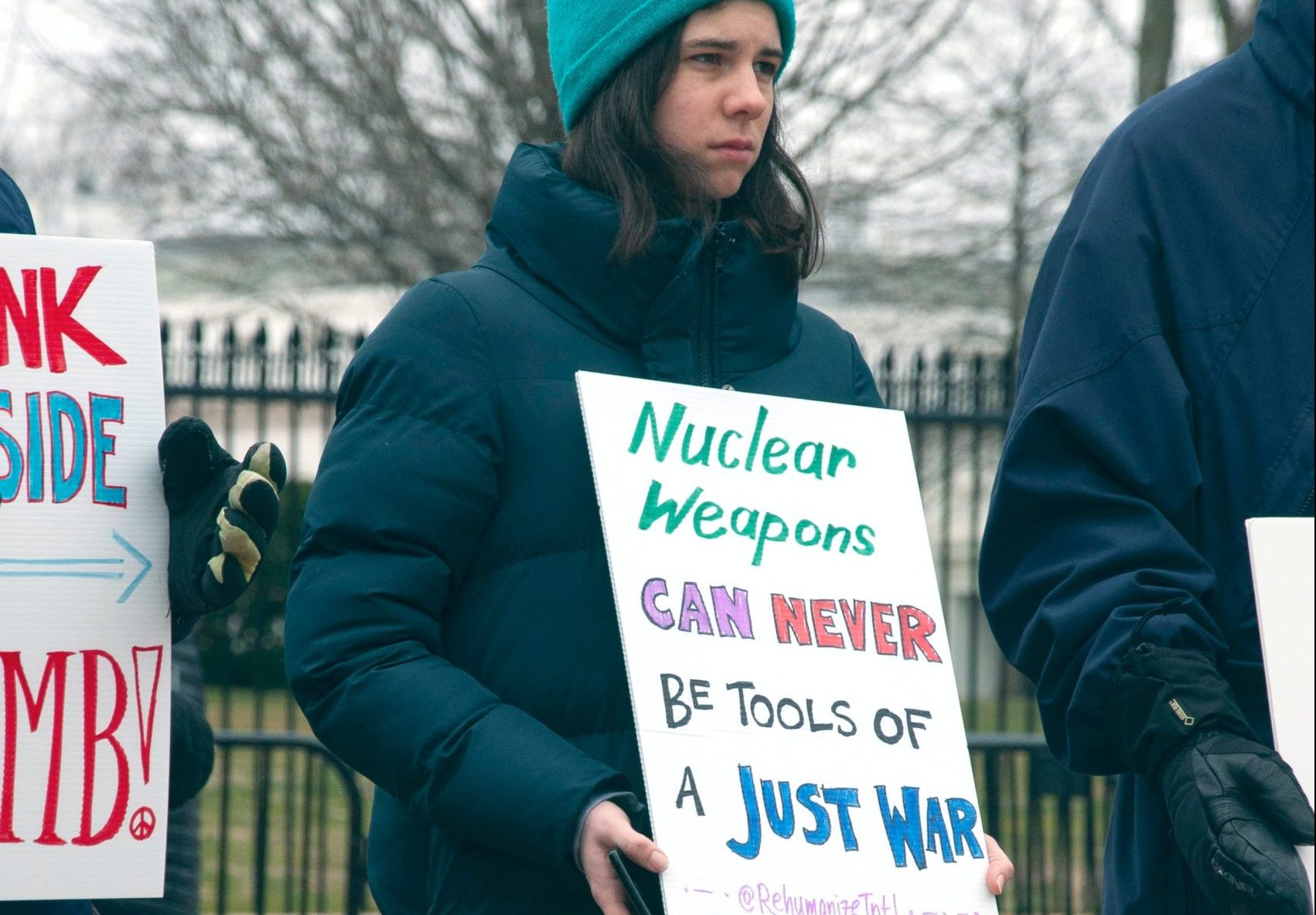 The corporate-military-political complex that continues to renew the arsenals of the nine nuclear nations represents a colossal failure of imagination.

Everyone knows that a nuclear war cannot be won, that the weapons are strategically useless, and that they are a catastrophic world-ending accident waiting to happen.

Everyone knows that the trillions spent on these weapons along with boondoggles like the F-35 Strike Fighter are heartlessly siphoned away from the fight against Covid, acute hunger in Afghanistan and elsewhere, and the climate emergency—let alone decent pay for day-care workers.

If nuclear catastrophe happens, say the optimists (when it happens say the pessimists), anyone who survives will cast a searching look upon the whole rotten system that fostered such a monstrous end to the human effort to secure itself on the planet. Some will want to assign blame, assuming enough institutional structure remains to replicate the conditions of a Nuremberg-like court of judgment, but that worthy effort would come too late.

Let us choose optimism and posit that disaster can be averted. We then find ourselves between two paradigms, the first where war has often been the first resort in conflict and always looms as a possibility behind diplomacy, and the second where everyone understands the no-win reality of the weapons that requires eliminating them and evolving a different kind of global security system.

Whatever form such a system might take, a world federation, a renewed United Nations, or a major upgrade in prestige and publicity for diplomatic processes, is less important than the simple education of all the citizens of the planet to the reality of our situation: we must change or die.

The extended moment of the paradigm shift may be, as former Secretary of Defense Perry has ceaselessly warned, the most dangerous time of all, where nuclear war is even more likely than during the Cold War. But the risk of continuing to drift is far greater than the risk of efforts, like those of the International Campaign to Abolish Nuclear Weapons and countless others, to eliminate these world-ending weapons.

Global conflicts remain complex and of course not principally caused by the weapons makers, though it is clear that the arms race is fueled by greed, and its inertial momentum immensely complicates diplomatic efforts to resolve conflict short of war. Nuclear weapons overshadow the points of tension involving the nuclear superpowers, including Ukraine (Russia vs. NATO, Taiwan (China vs. the U.S. et al.) and Kashmir (India vs. Pakistan).

A relatively small number of people, heads of government and of large corporations along with diplomats, hold the fate of the earth in their hands. In the United States Congress should hold hearings where members of this elite group of nuclear strategists can be held to a standard of absolute clarity—justifying to American citizens why they need to spend above a trillion dollars to renew our arsenal, and why they refuse to consider the will of the Earth’s people:

86 nations are signatories to the United Nations Treaty on the Prohibition of Nuclear Weapons. January 22 will mark the one year anniversary of the date the treaty became international law. Nuclear weapons are illegal, immoral, and useless.