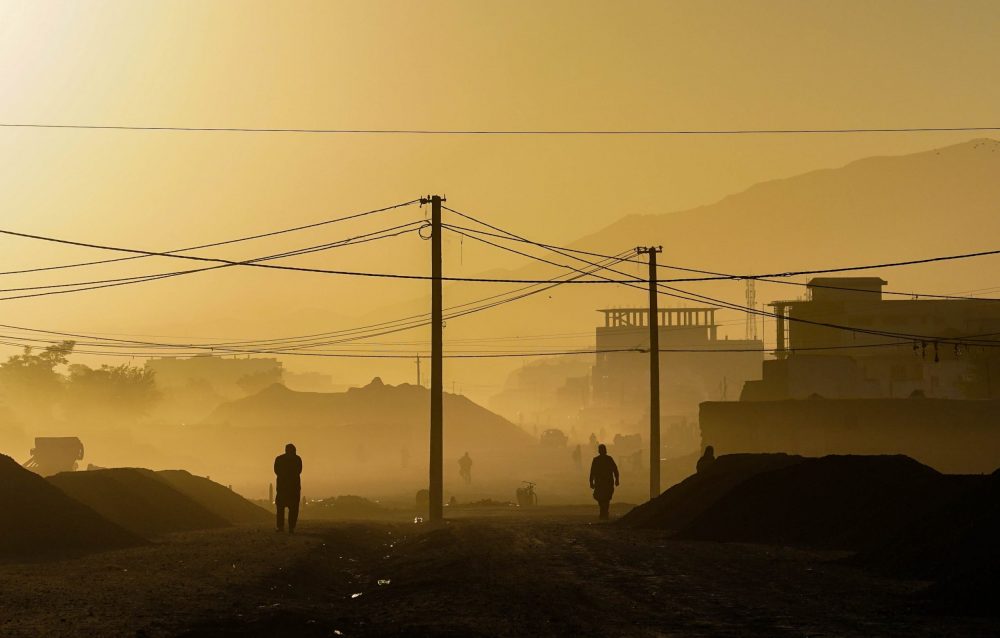 On the morning of September 11, 2001, I was among a small group of U.S. citizens who sat on milk crates or stood holding signs, across from the U.S. Mission to the United Nations in Manhattan.

We had been fasting from solid foods for a month, calling for an end to brutal economic warfare waged against Iraq through imposition of U.N. sanctions. Each Friday of our fast, we approached the entrance to the U.S. Mission to the United Nations carrying lentils and rice, asking the U.S. officials to break our fast with us, asking them to hear our reports, gathered after visiting destitute Iraqi hospitals and homes. On four successive Friday afternoons, New York police handcuffed us and took us to jail.

Two days after the passenger planes attacked the World Trade Center, U.S. Mission to the UN officials called us and asked that we visit with them.

I had naively hoped this overture could signify empathy on the part of U.S. officials. Perhaps the 9/11 attack would engender sorrow over the suffering and pain endured by people of Iraq and other lands when the U.S. attacks them. The officials at the U.S. Mission to the United Nations wanted to know why we went to Iraq but we sensed they were mainly interested in filling out forms to comply with an order to gather more information about U.S. people going to Iraq.

The U.S. government and military exploited the grief and shock following 9/11 attacks to raise fears, promote Islamophobia and launch forever wars which continue to this day. Under the guise of “counter-terrorism,” the U.S. now pledges to combine drone attacks, surveillance, airstrikes, and covert operations to continue waging war in Afghanistan. Terror among Afghans persists.

I visited Kabul, Afghanistan in September 2019. While there, a young friend whom I’ve known for five years greeted me and then spoke in a hushed voice. “Kathy,” he asked, “do you know about Qazi Qadir, Bahadir, Jehanzeb and Saboor?” I nodded. I had read a news account, shortly before I arrived, about Afghan Special Operations commandos, trained by the CIA, having waged a night raid in the city of Jalalabad at the home of four brothers. They awakened the young men, then shot and killed them. Neighbors said the young men had gathered to welcome their father back from the Hajj; numerous colleagues insisted the young men were innocent.

My young friend has been deeply troubled by many other incidents in which the United States directly attacked innocent people or trained Afghan units to do so. Two decades of U.S. combat in Afghanistan have made civilians vulnerable to drone attacks, night raids, airstrikes and arrests. More than four million people have become internally displaced as they fled from battles or could no longer survive on scarred, drought-stricken lands.

In an earlier visit to Kabul, at the height of the U.S. troop surge, another young friend earnestly asked me to tell parents in the United States not to send their sons and daughters to Afghanistan. “Here it is very dangerous for them,” he said. “And they do not really help us.”

For many years, the United States claimed its mission in Afghanistan improved the lives of Afghan women and children. But essentially, the U.S. war improved the livelihoods of those who designed, manufactured, sold and used weaponry to kill Afghans.

When the U.S. was winding down its troop surge in 2014, but not its occupation,  military officials undertook what they called “the largest retrograde mission in U.S. military history,” incurring enormous expenses. One estimate suggested the war in Afghanistan, that year, was costing $2 million per U.S. soldier. That same year, UNICEF officials calculated that the cost of adding iodized salt into the diet of an Afghan infant, a step which could prevent chronic brain damage in children suffering from acute malnourishment, would be five pennies per child per year.

Which endeavor would the majority of U.S. people have opted to support, in their personal budgets, had they ever been given a choice? Profligate U.S. military spending in Afghanistan or vital assistance for a starving Afghan child?

One of my young Afghan friends says he is now an anarchist. He doesn’t place much trust in governments and militaries. He feels strong allegiance toward the grassroots network he has helped build, a group I would normally name and celebrate, but must now refer to as “our young friends in Afghanistan,” in hopes of protecting them from hostile groups.

The brave and passionate dedication they showed as they worked tirelessly to share resources, care for the environment, and practice nonviolence has made them quite vulnerable to potential accusers who may believe they were too connected with westerners.

In recent weeks, I’ve been part of an ad hoc team assisting 60 young people and their family members who feel alarmed about remaining in Kabul and are sorting out their options to flee the country.

It’s difficult to forecast how Taliban rule will affect them.

Already, some extraordinarily brave people have held protests in in the provinces of Herat, Nimroz, Balkh, and Farah, and in the city of Kabul where dozens of women took to the streets to demand representation in the new government and to insist that their rights must be protected.

In many provinces in Afghanistan, the Taliban may find themselves ruling over increasingly resentful people. Half the population already lives in poverty and economic catastrophe looms. In damage caused by war, people have lost harvests, homes and livestock. A third wave of COVID afflicts the country and  three million Afghans face consequences of severe drought. Will the Taliban government have the resources and skills to cope with these overwhelming problems?

On the other hand, in some provinces, Taliban rule has seemed preferable to the previous government’s incompetence and corruption, particularly in regard to property or land disputes.

We should be honest. The Taliban are in power today because of a colossal mess the U.S. helped create.

Now, we U.S. citizens must insist on paying reparations for destruction caused by 20 years of war. To be meaningful, reparations must also include dismantling the warfare systems that caused so much havoc and misery. Our wars of choice were waged against people who meant us no harm. We must choose, now, to lay aside the cruel futility of our forever wars.

My young friend who whispered to me about human rights abuses in 2019 recently fled Afghanistan. He said he doesn’t want to be driven by fear, but he deeply wants to use his life to do good, to build a better world.

Ultimately, Afghanistan will need people like him and his friends if the country is ever to experience a future where basic human rights to food, shelter, health care, and education are met. It will need people who have already made dedicated sacrifices for peace, believing in an Afghan adage which says “blood doesn’t wash away blood.”

Essentially, people in Afghanistan will need U.S. people to embrace this same teaching. We must express true sorrow, seek forgiveness, and show valor similar to that of the brave people insisting on human rights in Afghanistan today.

Collectively, recognizing the terrible legacy of 9/11, we must agree:  To counter terror, abolish war.

Kathy Kelly, syndicated by PeaceVoice, is an author and was a co-founder of Voices in the Wilderness and Voices for Creative Nonviolence, who helps coordinate the Ban Killer Dronescampaign.