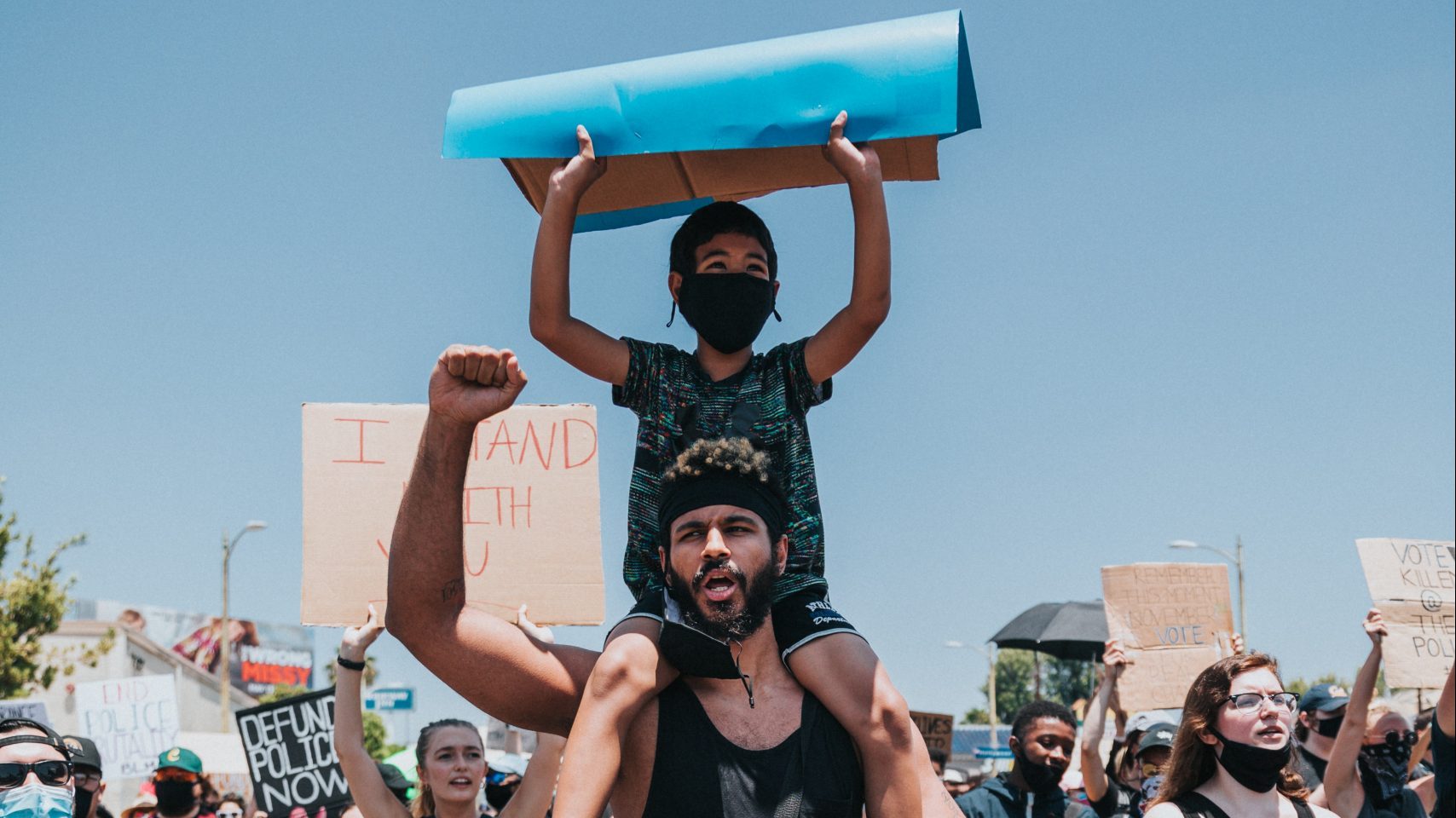 “The president reiterated his firm support for Israel’s right to defend itself against indiscriminate rocket attack,” The Guardian has informed us, as conflict flares once more in the Middle East. But, oh the humanity! Good guy Joe also “encouraged Israel to make every effort to ensure the protection of innocent civilians.”

Bombs and missiles are one thing, but the United States and its allies have learned how to soften their effect with public relations. So yes, shoot missiles into Gaza — it’s the only way to be safe, apparently — but “make every effort” to shrug your shoulders and bleed regret that more than 200 Palestinians, including 61 children, have died, as of a few days ago, in this effort to punish terrorists and keep Israel safe.

This is such a painful column to write. But all of them are, if they address war. The global status quo — this planet crisscrossed with arbitrary borders defining entities called nation-states — is addicted to slaughter: to dehumanizing and killing the inconvenient “others” who stand in the way. International relations are hardly imaginable without the weapons industry hovering discreetly in the background. Killing is only a moral issue when the enemy does it. When we or our allies do it, it’s called self-defense and it’s a public relations issue.

What if we the global status quo understood “self-defense” a little differently — you know, realistically? What if words like these defined mainstream thinking?

“We should be standing unequivocally and consistently on the side of human rights — holding all state and non-state actors accountable for their crimes and using every tool at our disposal to end the violence and bring about peace.”

The words are those of U.S. Rep. Ilhan Omar, one of the few members of Congress challenging the country’s pending $735 million weapons deal with Israel. She goes on:

“We should be affirming the right of all people, regardless of their faith, to have self-determination and equal rights. That includes both Israelis and Palestinians because, yes, Palestinian lives matter.”

A world that recognizes the full humanity of every person on the planet? I can hear the cynicism echo. Embracing such recognition cannot be done petulantly and tentatively, but only with full awareness of the complexity involved. Doing so interrupts the momentum of Western history: our history of conquest and colonization. Doing so also requires an openness to what we don’t know, a willingness to learn from others. This may be what terrifies some people the most.

What if Israel’s “right to defend itself “began with that awareness rather than the opposite? As Phyllis Bennis notes, Hamas began firing rockets from Gaza in response to Israeli police and settler attacks against Palestinians in Jerusalem and across the West Bank, interruption of the public celebration of Ramadan and, she writes:

the deliberate provocation — not only to Palestinians but to Muslims everywhere — of Israeli police raiding the al-Aqsa Mosque, the third holiest site in all of Islam, shooting stun grenades, tear gas, and rubber bullets at worshipers at morning prayer in and around the mosque.

The Hamas rockets took their toll. Twelve Israelis have been killed, including two children. All that Hamas accomplished was counter-provoking Israel, which began bombing the “open-air prison” of Gaza, overcrowded and “suffering under the weight of an indefinite blockade by Israel and Egypt,” as the New York Times put it.

According to the Times, the devastation Israeli missiles have caused in Gaza include, along with the 200-plus deaths, seriously damaging the Al-Rimal health clinic and destroying Gaza’s only coronavirus testing site; destroying the sewage system and “sending fetid wastewater into the streets of Gaza City”; decommissioning a desalination plant that provided fresh water to a quarter of a million people; and damaging water pipes serving at least 800,000 people.

This is the mainstream definition of self-defense: provoking the nobodies, then pounding them back into submission.

All it takes is declaring an enemy and dehumanizing them. This is the great paradox of political leadership. It’s so much easier to lead when you give the people an enemy to fear, then proceed to “protect” them from this enemy. As Bennis points out, this is of particular importance to Israeli Prime Minister Binyamin Netanyahu, who is beset with corruption charges and could wind up in prison if he loses his ruling coalition, forcing him to give up his office.

Furthermore, she notes, Israel’s own arms industry has plenty to gain from the “testing” of its weaponry in real combat, pointing out that the Israeli newspaper Ha’aretz referred to an earlier Gaza rocket attack as a “cash cow,” drawing interest from potential customers all over the world.

Add to this Israel’s long-standing partnership-in-crime with the United States, which, as Medea Benjamin and Nicolas J.S. Davies write, “maintains a $1.8 billion stockpile of weapons at six locations in Israel, pre-positioned for use in future U.S. wars in the Middle East.”

They also note that, “since the creation of the Israeli state, the United States has provided $146 billion in foreign aid, nearly all of it military-related. It currently provides $3.8 billion per year in military aid to Israel.”

What a world this is. I fear far less “aid” is given, and far less profit is envisioned, to promote “the right of all people, regardless of their faith, to have self-determination and equal rights.”