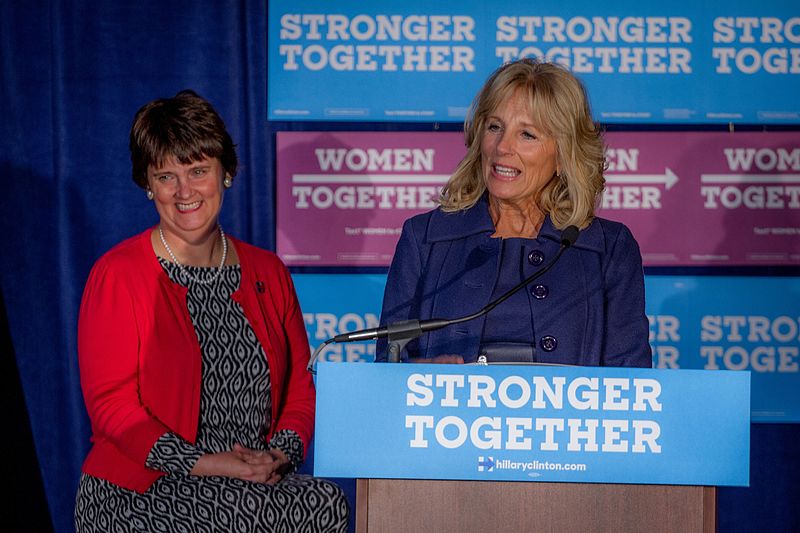 Last week, Joseph Epstein, who teaches at Northwestern University, penned an outrageous op-ed that was published in the Wall Street Journal admonishing Dr. Jill Biden, President-elect Joe Biden’s wife, to stop referring to herself as “Dr.” Epstein wrote “Madame First Lady—Mrs. Biden—Jill—kiddo: a bit of advice on what may seem like a small but I think is a not unimportant matter. Any chance you might drop the “Dr.” before your name? “Dr. Jill Biden” sounds and feels fraudulent, not to say a touch comic.” He then commented “A wise man once said that no one should call himself “Dr.” unless he has delivered a child. Think about it, Dr. Jill, and forthwith drop the doc.”

It is hard to know where to start. First of all, the “D” in Dr. Biden’s degree and in my own Ph.D stands for doctorate. It is derived from the Latin term doctore which means “to teach.” The first doctoral degrees were awarded to academics some 800 years ago. As such, it is entirely appropriate that someone who teaches for a living use the title Dr. after having earned the terminal degree. It does not mean to practice medicine, as Epstein asserts. In fact, use of the term by physicians was controversial until the 1860s because so many claiming the title were quacks and fraudulent.

Epstein concluded with this little gem: “Forget the small thrill of being Dr. Jill, and settle for the larger thrill of living for the next four years in the best public housing in the world as First Lady Jill Biden.” Like many, Dr. Biden uses the title in certain circumstances, not others. Dr. Biden is not asking her family or close friends to call her Dr., she is simply asking that publicly she be acknowledged as more than just the wife of the President-Elect. Perhaps Epstein should enter the 21st century and recognize that the President’s wife can be more than just his sidekick. Further, his use of the word “kiddo” is infuriatingly sexist. It is a term that has long been used to minimize women and one that I personally have been called by males many times.

Yet Epstein is not alone in this misogynistic view of women who are highly educated. My female colleagues and I, all of whom have Ph.Ds, are often called Mrs. instead of Dr. While some do not care, others prefer the title or even their first name. Each individual’s choice is fine, but male professors are typically called Dr., in some cases (like Epstein’s) when they do not actually hold the degree. When I earned my doctoral degree before my ex-husband had even started his, we routinely received mail to Dr. and Mrs. Finley, presuming of course that he was the one with the title. Meanwhile that bastion of gender equality, Tucker Carlson, chimed in that Dr. Biden is a doctor in the same sense as “Dr. Pepper” and, incorrectly stated that she has the same degree as Bill Cosby, who has several honorary degrees but no actual doctoral degree.

Further, Epstein proudly proclaimed he has no advanced degree and only an honorary doctorate. Yet, having not earned one, Epstein declared that the standards to do so have declined and that most dissertation defenses are more like “a kaffeeklatsch.” He seemingly believes that if a defense is not utterly terrifying it is not rigorous. I know no one who has earned a doctoral degree who thought it was easy or that their defense was not difficult.

The WSJ editorial page editor Paul A. Gigot defended the decision to publish Epstein’s letter and accused democrats of some kind of coordinated campaign to play identity politics after several staffers and Kamala Harris’s husband Douglas Emhoff tweeted in response. Its opinion page has long leaned conservative, so while the decision to publish and then defend Epstein’s op-ed is not surprising, it is still disappointing.  Amidst the controversy, Epstein himself declared that he was being humorous and that critics are being politically correct. No shock that he would use that cliché to dismiss different views. In contrast, Northwestern University has distanced itself from Epstein and made a statement saying that it is “firmly committed to equity, diversity and inclusion, and strongly disagrees with Epstein’s misogynistic views.” Kudos are definitely deserved there. But that someone who teaches at a prestigious university holds such chauvinistic views is definitely indicative that the road to gender equality remains steep.