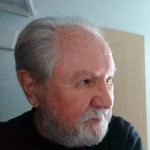 “Last October Attorney General Bill Barr delivered a speech at Notre Dame during which he claimed that “Judeo-Christian moral standards are the ultimate rules for human conduct” and that “the fact is that no secular creed has emerged capable of performing the role of religion.”…”

For the full article:
The Better Moral Creed
1195 Words
By Bob Topper

Last October Attorney General Bill Barr delivered a speech at Notre Dame during which he claimed that “Judeo-Christian moral standards are the ultimate rules for human conduct” and that “the fact is that no secular creed has emerged capable of performing the role of religion.” Barr, like many other Catholic and Evangelical fundamentalists, believes that without the moral standards defined by religion, society is doomed. That simply isn’t true. Look at Sweden and many other countries that are far more secular than American, yet have much lower crime rates. And in America, Christians are 20 times more likely to find themselves incarcerated than atheists. But Barr goes on to say that his moral standards “are like God’s instruction manual for the best running of man and human society.” Are they?

Barr would find himself at odds with Franklin and Jefferson. They believed in human nature. They were inspired by the philosophical positions of the Enlightenment thinkers, Hobbes, Locke, Hume, and Rousseau, and Spinoza, who thought that the best hope for a just society was [hu]man’s ability to reason. They looked back on darker times before the age of reason when religion worked hand-in-hand with monarchy governments, and saw that both were capable of great injustices, like the horrors of the Inquisition, hanging Mary Dyer, and the Salem witch trials. Their aversion to theocracy was as strong as their aversion to monarchy, and so they conceived a better form of government, democracy, free from religious influence, like the one we enjoy in America.

There is one reference to God in our Declaration of Independence, but it is not the God of Christianity or Judaism. It is to “Nature’s God,” the God of Deism. And while our Constitution guarantees freedom of religion, God is not mentioned there at all. People are free to adhere to the tenets of any religion they choose, or to not have any religious beliefs.

Contrary to Barr’s assertion, our Constitution and legal system, as designed by the founding fathers, a creed that is based upon equality and justice, and defined by reason, is a far better “secular creed.” It is reason of the People that governs our moral conduct, not religion, fantasy, or superstition.

Basic principles of our nation, equality and democracy, are not Christian principles. Christianity teaches that some are chosen and rewarded with life everlasting, while those not chosen are condemned to eternal suffering. Given that more than half of the world’s population is never exposed to Christianity, it is difficult to see this as just or compatible with the idea that humans are created equal. As for the principle of democracy, Christianity supported the “divine right of kings,” and Jesus said “render on to Caesar what is Caesar’s.” Unlike the founders, he did not say rise up and rebel against Caesar’s unjust taxes. And while the bloody civil war was fought to resolve that all men are created equal, pro-slavery forces appealed to the Bible to justify their belief in white superiority. To preach that this nation is, or ever was, founded on Judeo-Christian principles, one must overlook glaring inconsistencies.

Years ago my very good friend Phil passed away. Admired for his understanding, decency, kindness, and his bright intellect, Phil’s friends thought him to be one of most moral and ethical people they knew. Phil was an atheist. He did not use the Bible to tell him right from wrong. He was his own moral compass, and his life demonstrated that religion is not necessary for a moral and ethical society.

Phil realized that the Bible is neither a perfect nor complete guide to ethics and morality. Consider truth. Without it, our society, any society, cannot function. Even organized crime syndicates depend on truthfulness. The eighth Commandment, “Thou shalt not bare false witness against thy neighbor,” touches on truthfulness, but forbids only one type of lie and then only against a neighbor. But our legal code is comprehensive, covering every variety of falsehoods, and misrepresentations. Law libraries are filled with volumes dedicated to contract law, slander, perjury, libel, fraud, false advertising and much more. Our legal system is dedicated to ensuring truth and justice, and does so more thoroughly than the Bible. In fact, society’s requirement for moral truthfulness predates the Bible.

Our secular creed may be imperfect but is more just and even-handed. Consider that while the Bible prescribes stoning for adulterers, the eighth amendment forbids cruel and unusual punishment. And we know now that homosexuality is not a choice; that the lines between masculinity and femininity are blurred, and that a continuum exists between female and male. Today most people, especially young people, understand that gays, lesbians, bisexuals and transgender are what Nature’s God wanted them to be. That they deserve our respect is something that our courts have recognized and their rights as human beings have been confirmed. And while no one likes abortion, our courts have also recognized that a prohibition based religious belief is not sufficient to deny women access. There is simply no real evidence to support the fundamentalist’s views on abortion or homosexuality, and so our courts rightfully decided there can be no prohibitions. Compared to the Judeo-Christian moral creed, our legal system does a much better job of ensuring justice and is far more compassionate.

Barr’s thinking poses great danger to a free society. The imposition of Christian beliefs on non-Christians is precisely what the founders and our Constitution sought to prevent. Refusing service to someone who does not agree with a religious belief is not a right of religious liberty, it is a right to religious prejudice to harm others.

It is better to follow the founder’s example; respect religion but recognize that in this enlightened age, it is not the ultimate authority on moral conduct any more than it is on science, medicine, or engineering. That is not to say it is irrelevant. Jesus’ most important message: “Love thy neighbor” is as relevant today as it was two thousand years ago.

Theocracy is a form of government that draws its authority from religion. Advocating for Judeo-Christian moral standards in favor of reason and our Constitution, as attorney general Barr does when he claims that those standards are “God’s instruction manual for the best running man and human society,” is, in essence advocating theocracy. That is at odds with the first amendment of the Constitution he has sworn to uphold. And to see where that might lead us, we need only look at the theocratic regimes in the middle-east. To address the problems of today, like global warming and wealth inequality, it will be far better for us to emulate the founding fathers and understand that the solutions are not in the Bible, but rather with good people reasoning together.
–end–
Bob Topper is a retired engineer and is syndicated by PeaceVoice.