Trump’s Ministry of No Information 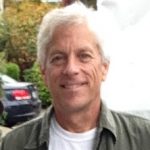 “The Trump administration has halted, without explanation, the routine practice of reporting the current number of nuclear weapons in the US arsenal”

For the full article:
Trump’s Ministry of No Information
664 words
by John LaForge

Trump’s Ministry of No Information
by John LaForge
664 words

The Trump administration has halted, without explanation, the routine practice of reporting the current number of nuclear weapons in the US arsenal, the AP and United Press International report. The new secrecy will make it nearly impossible to estimate the true cost of nuclear weapons, to show adherence to arms control treaties, or to pressure others nuclear weapons states to disclose the size of their arsenals.

The secrecy decision was revealed in an April 5 letter from the Department of Energy’s Office of Classification to the Federation of American Scientists (FAS). Hans M. Kristensen, director of the group’s Nuclear Information Project, said the FAS regularly asks for the information and that it’s been made public for decades.

“The decision walks back nearly a decade of US nuclear weapons transparency policy—in fact, longer if including stockpile transparency initiatives in the late 1990s,” Kristensen wrote in an April 17 memo, according to the AP.

There is no national security rationale for keeping the number secret, Kristensen told the AP, adding that it is “unnecessary and counterproductive.”

“This is curious,” he reportedly said, “since the Trump administration had repeatedly complained about secrecy in the Russian and Chinese arsenals. Instead, it now appears to endorse their secrecy.”

In April, the Pentagon halted its public disclosure of how much of Afghanistan is controlled by the Taliban, adding to a long list of progress reports from the war that are now being kept secret.

John Sopko, US Inspector General for Afghanistan Reconstruction, told the New York Times, “We’re troubled by it.” Keeping Sopko’s reports secret means, “The only people who don’t know what’s going on and how good or bad a job we’re doing are the people paying for it,” he said. Sopko and some in Congress have access to some of the information.

The new restrictions on public information about the 18-year-long occupation of Afghanistan are in addition to the October 2017 halt to disclosing Afghan military casualties, its performance assessments, and anti-corruption efforts by the Afghan Ministry of Interior, David Zucchino reported May 1 for the Times. Anthony Cordesman at the Center for Strategic and International Studies told the paper, “There is no reliable way to know who is ‘winning’ or the level of stalemate.”

Today’s increased military secrecy follows the March 2018 announcement by the Pentagon’s Missile Defense Agency (MDA) that it would no longer post the public calendar of upcoming missile tests and will keep the testing schedule classified. The schedule will only be made available to Congress the Seattle Times reported April 11, 2018. Lt. Gen. Samuel Greaves, director of the MDA which spans 14 time zones and employs over 9,000 military and civilian workers, reportedly said his test results will be made available after launches.

Expanding military control of information continues a pattern. Since June 8, 2002, the Pentagon has been allowed to keep secret all key missile defense test results. The military’s blanket classification of performance data was imposed following the disclosure of scientific evidence of a string of failed or faked tests and fabricated results, and after the FBI began an investigation into fraud and cover-ups inside the program. Then Secretary of Defense Donald Rumsfeld also waived all procurement oversight rules for the agency, laws designed to keep federal programs on budget.

Bruce Gagnon of the Global Network Against Weapons & Nuclear Power in Space wrote in June 2017 that, “Many of the tests are scripted, what [physicist] Michio Kaku calls ‘strap down rabbit tests.’ They can’t afford to release [details]. They would sink their boat.”

With secret test data, secret schedules, and an unaccounted, bottomless budget, the MDA’s mission impossible — “hitting a bullet with a bullet” — has wasted over $200 billion since 1983. Other military impossibilities — like victory in Afghanistan, or winning at nuclear deterrence — have cost trillions. They appear guaranteed to gobble up billions more as long as Pentagon censorship is allowed to hide the facts.

-end –
John LaForge, syndicated by PeaceVoice, is Co-director of Nukewatch, a peace and environmental justice group in Wisconsin, and is co-editor with Arianne Peterson of Nuclear Heartland, Revised: A Guide to the 450 Land-Based Missiles of the United States.