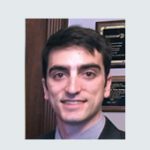 “As the U.S., the Korean Peninsula, and the world stare down the barrel of what would be a devastating war between the U.S. and North Korea…”

As the U.S., the Korean Peninsula, and the world stare down the barrel of what would be a devastating war between the U.S. and North Korea, President Trump’s reluctant, kinda sorta endorsement via Twitter of proposed talks between North and South Korea triggered a collective sigh of cautious relief. Of course, the president’s claiming credit for the diplomatic opening was absurd given his frequent statements disparaging the diplomatic path and habitual squandering of opportunities to walk it. But Trump was right to support the proposal. He was also right to agree to a delay in joint military exercises with South Korea at least until after the Winter Olympics, which could help create the space needed for a productive conversation. The initial talks, scheduled for January 9th, will address ways to improve relations between North and South Korea as well as North Korea’s participation in the Olympic games.

While slowly warming to the prospect of dialogue with North Korea, the administration has been taking a ‘one step forward, two steps back’ approach. Last month, Secretary of State Rex Tillerson said that the U.S. was ready for direct talks with North Korea. He even went so far as to drop the nonsensical precondition that North Korea agree to completely denuclearize prior to negotiations. Shortly thereafter, first the White House and then Tillerson himself walked back that statement, saying that North Korea would have to “earn its way back to the table.”

Now that Trump has taken this positive step forward—supporting an initial meeting between North and South Korea—we can hope the administration refrains from taking another two steps back.

Unfortunately, a contingent of news and policy makers seem to be encouraging just that. Following Kim Jong-un’s initial overture to South Korea, in which he voiced North Korea’s interest in talks and participation in the Olympics, a story emerged that the speech was nothing more than a trap. New York Times columnists argued that the overture was all about “driving a wedge into its [South Korea’s] seven-decade alliance with the United States.” The Atlantic ran a story titled, “Kim Jong-un’s Trap for South Korea.” Republican Senator Lindsey Graham of South Carolina tweeted: “Allowing Kim Jong Un’s North Korea to participate in #WinterOlympics would give legitimacy to the most illegitimate regime on the planet… I’m confident South Korea will reject this absurd overture and fully believe that if North Korea goes to the Winter Olympics, we do not.”

If history is any guide, should these initial talks with North Korea bear fruit and lead to broader, multilateral talks, or even direct U.S. participation, diplomacy will come under further attack.

A little over four years ago, the U.S. and other world powers reached an interim agreement with Iran over its nuclear program, a precursor to the Iran Nuclear Agreement. Under this first step towards a broader deal, Iran suspended its uranium enrichment in exchange for partial relief from economic sanctions. Even that interim accord, just a baby step back from the brink of war, was hard won after months of intensive diplomacy. Yet despite its obvious benefits, the agreement came under immediate attack from Republicans in Congress.

On the bright side, political expediency could work to benefit diplomacy this time around. As long as the Trump administration is actually pursuing diplomacy with North Korea, or not blocking it, we can at least expect Republican criticism of talks to be more muted than it was during the Obama administration.

Case in point, despite Lindsey Graham’s initial reaction to North Korea’s overture, following Trump’s backing of talks he softened his stance, tweeting that he supports “talks and dialogue with North Korea about their nuclear program and provocative behavior.” But if you read the rest of the thread, he goes on to chastise the Olympic committee for considering North Korea’s participation, and to state that “It’s a big-time bad idea to send a message to North Korea that there will be no repercussions for behavior which is among the most despicable in the history of the world.” Of course much of North Korea’s behavior is deeply troubling, but what repercussions is Graham suggesting? Would they serve to support or undermine diplomacy?

As the diplomatic process finally begins, there will be countless opportunities for the Trump administration to undermine it, and countless voices telling it to. As was the case with the Iran agreement, public support for diplomacy is what kept the negotiations alive, and what allowed it to make its way through a hostile Congress. Thankfully, most of the country supports pursuing diplomacy. According to a mid-December poll, 64 percent of Americans support direct talks between the U.S. and North Korea. We need to turn that support into action. Concerned citizens can call their members of Congress today and ask them to speak out in favor of direct diplomacy with North Korea without preconditions, and also to rein in Trump’s authority to wage war, even nuclear war, absent congressional authorization. The Capitol Switchboard number is 202-224-3121.
~~~~~~~~~~~~
Kevin Martin, syndicated by PeaceVoice, is President of Peace Action and Peace Action Education Fund, the country’s largest grassroots peace and disarmament organization with more than 200,000 supporters nationwide.
Gabe Murphy is a communications associate at Peace Action.