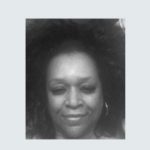 “What is the root of racism, the cause of conflict, the answer to anger? As we transition from our nation’s first black president and the dream of a post-racial America to a man elected by supporters that include Confederate battle flag-wavers…”

For the full article:
One Black Woman’s View
811 Words
By Heather Mosley

What is the root of racism, the cause of conflict, the answer to anger? As we transition from our nation’s first black president and the dream of a post-racial America to a man elected by supporters that include Confederate battle flag-wavers, I need to reflect on my own journey to help myself deal with it all.

I grew up in a family of six kids, I’m the youngest, and was born and raised in Portland, Oregon. My mom is black and native from Mississippi, and my father was a strong black man from Alabama. Both were raised in the segregation era. We were not raised to be violent or racist and would get disciplined if we showed any signs of it. My mom said she never worried about people messing over me even as a child. I was outspoken and would defend myself if it became necessary. I was a fairly small child but came with a powerful pack of energy. I never started any fights or picked on anyone, and never played the bully role. You would have to pick on me first for me to go into action.

I was bussed out to all-white schools through elementary and high school. I can remember my first day of school; my oldest sister was getting me dressed to walk me to catch the bus. The buses picked us up from the black schools that were in the neighborhood to take us to the white schools. When my sister was putting me on the bus she said, “You better not let anyone treat you differently or disrespect you just because of your color.” I did not understand. I was too young to understand about racism but I surely learned.

There were about 10 of us black kids who were bussed out to this elementary school. To this day I can remember this incident that took place when I was in the 3rd or 4th grade. I was the only black kid in the classroom and a white girl raised her hand and told the teacher her lunch bag was missing. She said believed I was the one who took it. The teacher who was an older white woman asked the class who wanted to go search my stuff to see if I had stolen it. All of a sudden, I saw all the little white hands go up into the air. I remember thinking; as soon as one comes towards me I was going to sock them in their face. One of the kids then said to the girl who was missing her lunch, isn’t that your bag over there on the window ledge, and she said yes. The class went back to normal with no apology to me from the teacher or the girl. I remember feeling so degraded even at the young age I was. That evening, I cried and told my mom what had happened.

The next morning she, I, and my dad headed to the school and my parents were not happy. My mom went into the principal’s office and explained how they were not going to treat her child in any disrespectful matter. My dad and I sat outside the door and then I see the teacher enter the principal’s office. I will not repeat the words I heard my mom saying to this teacher. What I remember about the incident is, the teacher no longer taught that class, my parents and I were given a written apology, and I’m not sure what other actions may have ensued legally. I continued, graduated from that school, and had no more problems that I could not handle on my own.

In this world I have seen and faced a lot of unfair racial treatment, and at times I have reacted in anger. Yes, I would get up in someone’s face and be ready to handle the situation whichever way it went. It never got physically violent but certainly got verbally violent. Over the years, I learned the only person who suffered and got hurt from handling racism this way was me. I have been a work in progress and have come a long way from being aggressive. I have learned how to approach the situation and voice my opinion without hostility. I pray for strength from God to show me, and I have nothing to prove to anyone in a violent way. Now, instead, I use constructive communication skills, take conflict resolution classes, and get my point across where it does not cause serious problems. I will continue to work on being less aggressive, for I am a woman who carries herself in a respectful manner and violence is not the answer.

In the coming period, I pray we all reflect and respect and learn to overcome our inner aggressions. We will need this, I suspect, together.
~~~~~~~~~~~
Heather Mosley is a returning college student.