Massive deployment of US WMD spotlighted by peace group 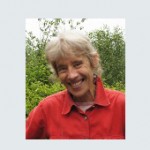 “The ad pierces your consciousness and catches you by surprise. Plastered on the side of Seattle’s King County Metro it hurls you momentarily back in time, to a time when nuclear weapons were an imminent threat to our survival…”

For the full article:
Massive deployment of US WMD spotlighted by peace group
1023 Words
By Martha Baskin

The ad pierces your consciousness and catches you by surprise. Plastered on the side of Seattle’s King County Metro it hurls you momentarily back in time, to a time when nuclear weapons were an imminent threat to our survival. Or did the era never end?

The ad — sponsored by local Ground Zero Center for Nonviolent Action — reads: “20 miles west of Seattle is the largest concentration of deployed nuclear weapons in the U.S.”

Behind this text is a map, depicting the proximity of Seattle to Naval Base Kitsap, located on the eastern shore of Hood Canal, one of the four main basins in Washington state’s Puget Sound. The base is home port for eight of the US Navy’s 14 Trident ballistic missile submarines as well as an underground nuclear weapons storage complex. Together they’re believed to store more than 1,300 nuclear warheads, according to Hans Kristensen, Director of the Nuclear Information Project at the Federation of American Scientists.

This is arguably the biggest single concentration of nuclear warheads not only in the U.S., but in the world.

King County Metro was initially hesitant to run the ad, until Kristensen confirmed its accuracy. The combined explosive power contained in the base is equivalent to more than 14,000 Hiroshima bombs, he says.

But the most surprising thing to him about the underground nuclear weapons storage complex — known as the Strategic Weapons Facility Pacific (SWF-PAC), and completed in 2012 — is the extent to which a $294 million bunker has largely escaped public debate, except for a few industry-related articles.

The small non-profit behind the ad shares a land border with the naval base. It launched when Robert Aldridge, an engineer for Lockheed Martin in California — the arms manufacturer has a facility at the base to ensure that Trident D5 ballistic missiles are ready for deployment on the subs — quit his job directing missile design when he saw they could be used in a preemptive first strike against the Soviet Union.

According to Ground Zero’s Glen Milner, Aldridge then contacted two peace activists — Catholic theologian Jim Douglass and his wife Shelley — and the Ground Zero Center for Nonviolent Action was formed.

For a time Ground Zero was successful in engaging the public. When the first Trident warship arrived in Hood Canal in 1982, several thousand protesters gathered on shore and a small flotilla of boats to meet it. The U.S. Coast Guard kept them at bay by severing outboard gas lines and threatening to use fire-hoses.

When nuclear warheads began to arrive at Naval Base Kitsap on rail cars from the Pantex assembly plant in north Texas, momentum in the anti-nuclear movement began to build. The rail cars were initially white, says Milner. As a result, the “white trains” became a focal point not only for anti-nuclear weapons protesters in Washington but around the country. The trains were met by protesters on their way to Bangor. After this, the Department of Energy stopped shipping warheads by train and began moving them via unmarked trucks and trailers.

The enormous amount of nuclear weaponry in Seattle’s backyard is no secret to industry analysts, military contractors, or public officials. But the general public is less informed, say those who initiated Ground Zero’s bus campaign. They describe the goals of the advertisements as two-fold: to lift the veil of secrecy surrounding the naval base, and to re-ignite public debate about nuclear weapons in the U.S. arsenal.

“This is a wake up call,” says Ground Zero’s Leonard Eiger. “Why do these nuclear weapons exist 70 years after Hiroshima and Nagasaki? Why do we continue to not only deploy them but why are we maintaining them and planning for a new fleet that could run over $100 billion? What are the economic, political and social costs?”

The Washington Military Alliance — a group formally established in 2014 by Governor Jay Inslee, which advocates for military investment in the state — claims that Naval Base Kitsap is a driving economic force in the region.

The U.S. Navy has presented a plan to spend more than a trillion dollars during the next 30 years upgrading and maintaining the entire triad of U.S. based nuclear weapons, according to Martin Fleck of Physicians for Social Responsibility, a group that advocates for nuclear disarmament. This includes over $100 billion to replace the base’s nuclear submarines.

“We and our allies,” says Fleck, “are arguing for sanity with nuclear weapons given that we have enough already to end the world several times over. Why on earth would we invest another trillion dollars in them at this late date?”

Nuclear weapons contractors in the United States brought in $334 billion in government contracts between 2012 and 2014, according to research conducted by Physicians for Social Responsibility.

The ranking member of the House Armed Services Committee, Representative Adam Smith, D-WA, has questioned the nuclear spending currently being proposed. Smith joined 159 other members of the House of Representatives to support an amendment to the House Defense Appropriations bill, which would have slashed funding for a nuclear cruise missile.

Both Lockheed Martin and Boeing Corporation weighed in to oppose the amendment, and it was defeated along partisan lines. But the vote, says PSR’s Fleck, proved that Congress is far from united over the government’s massive WMD spending plan. Smith later penned an op-ed for Foreign Policy magazine, titled “America Already Has More Than Enough Nuclear Missiles.”

Kristensen of the Federation of American Scientists disputes whether a new nuclear arms race is underway, but admits there’s been a resurgence in the adversarial relationship between the United States and Russia. As a result, “nuclear weapons are gradually becoming more explicit. For now, this is fueling modernization of arsenals and adjustments of operations and strategies.”

Nine nations, including China and North Korea, are engaged in building or modernizing their nuclear arsenal. In the face of this, those behind Ground Zero’s bus ad say it’s time to “demilitarize diplomacy.”

“It’s time to step back from building another generation of nuclear weapons,” says Eiger. “The doctrine came out of the Cold War but it still exists. It’s a dangerous road to travel.”
~~~~~~~~~~~~~

Martha Baskin is a Seattle-based journalist.