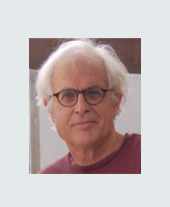 “In the New Hampshire primary, we have raised up an authentic firebrand in one party, and in the other a classic purveyor of fear and simplistic solutions—results that remind us of what we have always half-known: we are a country split by a profound doubleness: on the one hand, we are the city…”

For the full article:
Looking for America
670 words
By Winslow Myers

In the New Hampshire primary, we have raised up an authentic firebrand in one party, and in the other a classic purveyor of fear and simplistic solutions—results that remind us of what we have always half-known: we are a country split by a profound doubleness: on the one hand, we are the city on the hill upon whose gates a world of refugees is knocking to get in. On the other hand we are a young nation that has never really come to terms with how we built our unequaled economic and military power: by slave labor and imperial violence. These twin evils continue to bear fruit in the widening split between rich and working poor, and in addiction to the war and corruption that feed our military-industrial-political-media complex.

It would be an overreach to say that our disaffection with self-entitled political royalty like the Clintons and Bushes arises directly from a fully informed consciousness of the twin evils of our national heritage. But we are clear that all is not well, even if we remain reluctant to face the causes directly. This vague unease has benefited both Trump and Sanders.

Can our polarized body politic identify a core consensus of values that transcends our cultural deadlock? One place to begin is a speech Martin Luther King Jr. delivered at Riverside Church in 1967, one year before he was assassinated. King is clearly reading his text, rather than riffing spontaneously as he did in the more famous “I Have a Dream.” Listen and follow the transcript: http://www.americanrhetoric.com/speeches/mlkatimetobreaksilence.htm

King declares the unequivocal evil of the United States intervention in Vietnam. But he goes further, using Vietnam as an example of something diseased in our nation’s collective psyche, and tying our military adventurism to our willingness to accept racial injustice and poverty at home. He argues that we must change from a thing-oriented society to a person-oriented society, or we have no chance to overcome the “giant triplets of racism, extreme materialism, and militarism.” He asserts that a country that continues year after year to spend more on the military than on social programs “is approaching spiritual death.”

King’s prophetic eloquence could not be more relevant in 2016. The U.S. wants its own way, not realizing that the success of our way depends now upon the success of the entire community of nations. This is undeniable when it comes to the issue of climate instability, but it is also true regarding the endless cycle of war. We are stubbornly convinced that it is our destiny to fix the horrendous chaos of the Middle East, but we are fixated on the notion that “solutions” inevitably require military intervention. No longer can the United States resolve the daunting chaos of the international scene by being the primary seller of arms to a bewildering mass of parties in murderous conflict. No longer can we maintain the double standard that says we can renew our own nuclear arms at obscene expense to be “safe,” even after we signed treaties requiring us to move deliberately toward worldwide abolition of nuclear weapons. Sadly, no longer can we say that we are morally superior to some other nations when it comes to sanctioning torture.

Has it begun to dawn on us finally that war leads only to more war (even Trump seems to agree with Sanders about the waste of Iraq), and the trillions we have spent could have funded—and our remaining resources still could fund—not only a global Marshall Plan to address the poverty and ill-health and alienation that are the root causes of terror, but plans to rebuild our own infrastructure to prevent more disasters like Flint? Trump and Sanders in their stark difference both from each other and from establishment candidates exemplify our national duality: fear-mongering and oversimplification from Trump, idealism and authenticity from Sanders. Every four years we have a fresh chance to look both for the real America and for the best possible America. Fifty-seven years ago, King pointed the way.
~~~~~~~~~~
Winslow Myers, syndicated by PeaceVoice, is the author of Living Beyond War: A Citizen’s Guide. He also serves on the Advisory Board of the War Preventive Initiative.