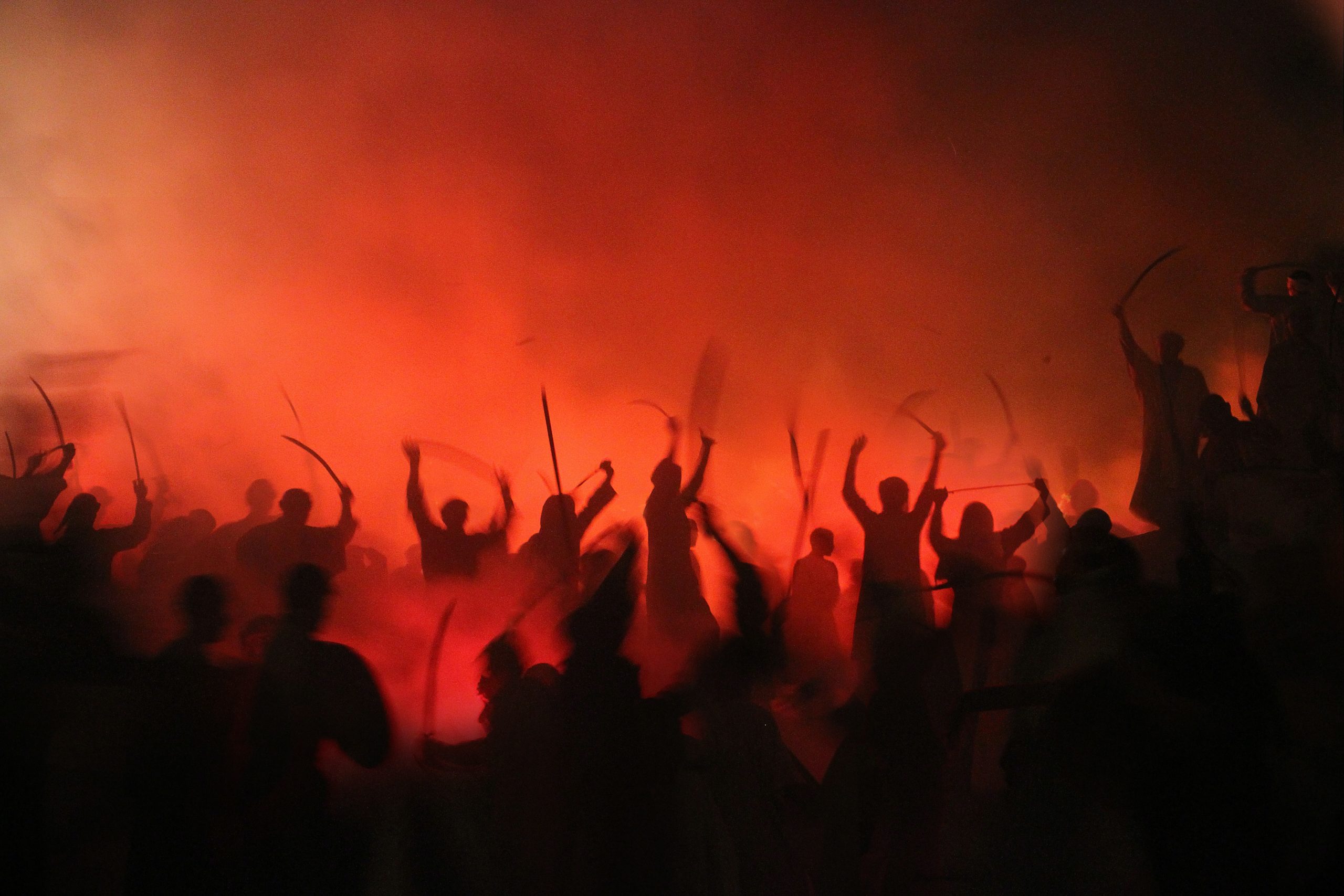 Are We on the Verge of Civil War II?

Are We on the Verge of Civil War II?

“Folks keep talking about another civil war. One side has about 8 trillion bullets, while the other side doesn’t know which bathroom to use.”

The words — actually a 2019 Facebook post — are those of then-Iowa Republican congressman Steve King, loosing a puerile smirk as he stirred the pot of violence on the American political right. The politics of stupid has intensified since then, as white supremacy and fear of the Great Replacement Theory take over the GOP.

Are we truly on the brink of a civil war? What, indeed, is a civil war? When does violence move from being random and individual — psychological — to strategic and political, which is to say, militarized? Can this happen without a quasi-governmental entity emerging, officially declaring “war” on the political establishment whose decisions it hates? Or is having 8 trillion bullets enough?

Resorting to violence — indeed, celebrating and honoring its use for just and moral purposes — requires a surrender to the temptation of force. No matter how disempowered you are, intellectually and spiritually, force is always available as a means of making your presence felt, if not actually getting your way. Force is a lost soul’s last resort. It often turns into the first resort.

Say you’re a Republican and you lose an election. What a nuisance! Consider the troubles faced by MAGA-T-shirt-wearing, would-be state rep Solomon Peña, who ran for a New Mexico House seat in November, Yeah, he lost, garnering only 26 percent of the vote, but refused to concede and challenged the legitimacy of the election. That accomplished nothing, so . . . what choice did he have? He allegedly hired some guys who drove past at least four houses of local politicians — two state legislators and two county commissioners — and fired bullets into walls and doors. He was arrested a few days ago and charged in the shootings.

There was a time when this would have been seen, in most respectable circles, as insanity. Now I fear it’s just one more example of Republican fun and games, as the party members come to grips with their (is it possible?) permanent minority status. Voter suppression is no longer adequate to ensure victories. Donald Trump has given losing GOP candidates their mantra du jour: The election was rigged.

And thus, as Stephen Marche wrote recently in The Guardian:

“The United States is a textbook example of a country headed towards civil war. The trends increasingly point one way, and while nobody knows the future, little — if anything — is being done, by anyone, to try to prevent the collapse of the republic. Belief in democracy is ebbing. The legitimacy of institutions is declining. America increasingly is entering a state where its citizens don’t want to belong to the same country. These are conditions ripe for political violence.”

The iconic specter of mainstream GOP violence was, of course, the Jan. 6 insurgency, as thousands of angry white people, egged on by their dear leader, broke into the Capitol as Congress was in the process of transitioning to the Biden presidency, shouting things like “Hang Mike Pence!”

Since then, Republican outrage has morphed into such actions as the break-in last October at Nancy Pelosi’s San Francisco home. “Where’s Nancy?” the intruder shouted — alas, she wasn’t there — eventually attacking her 82-year-old husband, Paul, with a hammer, fracturing his skull.

“But on the right, support for violence is no longer a fringe position,” Rachel Kleinfeld points out at Politico. “. . . This is not a marginal movement: It is people who see violence as a means to defend their values, an extension of their political activity.”

She notes that violence isn’t just a matter of wielding weapons: “One particularly pernicious culprit in violence is jokes and memes,” she writes. “Jokes are actually far more likely to normalize prejudice than an overtly prejudiced argument, because sharp-edged humor circumvents our brain’s usual pathways for rational thinking.”

For example, shortly after the Pelosi attack, Donald Trump Jr. posted an image on Instagram of a hammer and a pair of underwear, commenting: “Got my Paul Pelosi Halloween costume ready.”

“When a key figure on the right can tweet a joke about an 82-year-old man getting hit by a hammer, and thousands of people like it, that is a sign of real danger,” Kleinfeld writes.

I ask again: Are we truly on the brink of a civil war? We’re definitely on the brink of — or in the middle of — something, but we always have been. With an ever-expanding (currently $858 billion) military budget, a nuclear arsenal and 750 or so military bases all across the planet, we seem to be a major participant in a global civil war. Perhaps it’s not surprising that such a war would have domestic consequences.

This brings to mind the words of another King, not the former Iowa congressman but the man whose Day was recently celebrated.

“There is a sort of poverty of the spirit which stands in glaring contrast to our scientific and technological abundance. The richer we have become materially, the poorer we have become morally and spiritually. We have learned to fly the air like birds and swim the sea like fish, but we have not learned the simple art of living together as brothers.”

The speaker, of course, is Martin Luther King, in 1964, delivering his Nobel Peace Prize acceptance speech, pointing out to the world that: “. . . in spite of temporary victories, violence never brings permanent peace. It solves no social problem: it merely creates new and more complicated ones. . . . Violence ends up defeating itself.”

We may celebrate his birthday, but do we actually hear his words? I recommend them to anyone who thinks that all it takes to win America’s emerging civil war — that is to say, to heal its historical wounds, to repair its broken social structure — is 8 trillion bullets.