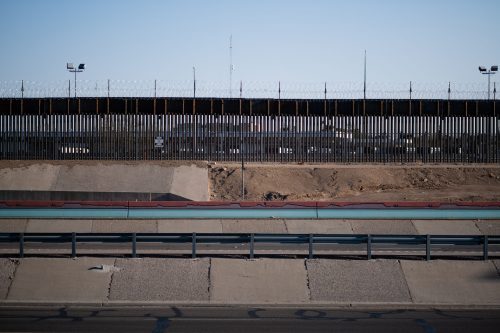 The crisis at the U.S.-Mexico border continues, with no policy solution in sight. During the 2022 fiscal year, nearly 2.4 million migrants were apprehended at the border, up 44 percent from the previous year and a nearly eightfold increase from five years earlier. Nearly 500,000 migrants successfully entered the U.S. across the southern border without authorization, four times the estimated total for 2017.

Lawmakers came close to a comprehensive reform package in the final days of the last Congress, but the clock ran out in December and the deal fell through. With several key Senate negotiators now retired, it is unlikely to be revived.

Also in late December, the Supreme Court extended the use of Title 42 at the border. Title 42 was created as part of the Public Health Service Act of 1944 to block entry “from designated places to prevent spread of communicable diseases.” It was put into use in March 2020 at the start of the COVID pandemic, and controversially extended by the Biden administration in 2021.

The Supreme Court ruling was an unexpected 5-4, with Justice Neil Gorsuch joining the court’s three liberals in dissenting. Gorsuch argued that COVID was no longer a factor in the influx of migrants, and that Congress and the Executive Branch should no longer be allowed to use an emergency public health provision to avoid enacting permanent policy.

As Diana Kearney of Oxfam America said, the ongoing use of Title 42 “is not based on our laws but rather on our country’s worst xenophobic impulses.” But what can be done instead?

The border “crisis” is less rooted in the U.S. border being too porous than in the border not being open enough. For the nation’s first 148 years, U.S. borders were essentially open (with the racist Chinese Exclusion Act of 1882 the lamentable exception). Politicians who speak of their ancestors “coming here legally” do not state, and perhaps do not know, that those bold new Americans faced no legal barrier. It was not until the 1920s that the discriminatory and highly controversial national origins quota was adopted.

George Mason University economist Bryan Caplan has called immigration restrictions “government-required discrimination against people who have done nothing more than be born in another country.” His George Mason colleague Alex Tabarrok is blunter: “Closed borders are one of the world’s greatest moral failings.”

Allowing free entry for migrants is a very American thing to do. It would also be a very logical one from a fiscal perspective.

Free movement spurs innovation, which creates jobs. Four out of 10 U.S. Nobel laureates in physics, chemistry, medicine, and physiology since 2000 were immigrants. Immigrants or their children founded a similar proportion of Fortune 500 companies. In fact, Michael Clemens of the Center for Global Development has calculated that if free movement was permitted between all of the world’s nations, the economic benefit would make the planet $95 trillion richer in today’s dollars.

The political will may not exist to loosen, rather than tighten, restrictions on free movement between the U.S. and Mexico. But when the debate over real immigration policy reform does resume in earnest, it should be given a fair hearing.

Peter Orvetti is a news analyst and the editor of One World Digest.