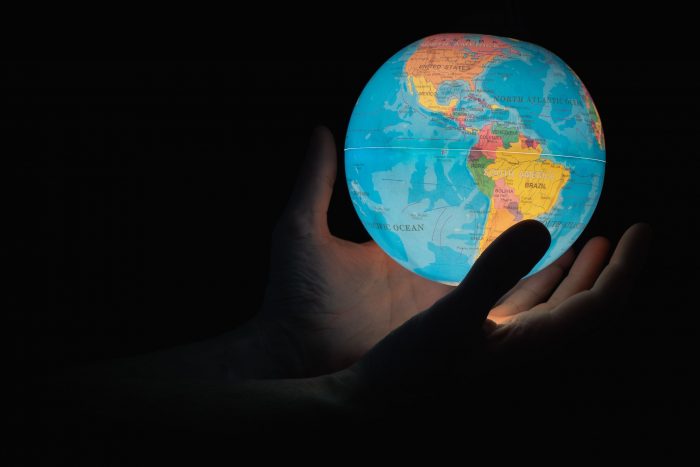 Nations of the world unite!

Nations of the world unite!

Russia’s war upon Ukraine should remind us that violent international conflicts not only persist, but constitute a plague upon the world.

Over thousands of years, wars have brought immense suffering to people around the globe. In addition to the widespread annihilation of human life, wars have produced vast material losses, including the destruction of homes, schools, hospitals, entire cities, the environment, and much of what people value as civilization. They have also channeled enormous financial resources into military buildups that, even if not employed in battle, deprive other public and private programs of adequate attention and funding. Also, since World War II, when nuclear weapons were first developed and used with terrible effect, the means of waging war have entered a new dimension, giving it the power to destroy virtually all life on earth.

Although, in recent centuries, many people have lamented war’s squandering of blood and treasure, as well as the suicidal nature of modern war, they have not yet found an effective way to stop it.

One popular response to war is isolationism, which is designed to keep one’s nation out of the conflict. But this policy (labeled “America First” in the United States) ignores the suffering of other people and, of course, does nothing to stop a war elsewhere. In addition, it is often accompanied by a military buildup of one’s own nation, a policy that has a poor track record when it comes to preventing war.

Pacifism is on a higher ethical plane, for it deplores the horrors produced by militarism and war. Furthermore, if most people around the world accepted the absolute pacifist position (which rejects military force in all circumstances), pacifists might be able to prevent wars from occurring or continuing. But this is not the case and, given widespread public support for “just wars” (including defense against invasion), seems unlikely to become so. Nonviolent resistance, a form of radical pacifism, has greater potentiality as an alternative to war or surrender, although its full promise has yet to be realized in coping with international war.

By contrast, within nations there are alternatives to violent behavior that, although not always totally effective, do reduce it substantially. Legislative bodies enact laws, while police and judicial institutions enforce these laws. Unfortunately, on the global level, these institutions are so rudimentary and limited in power that they fail to produce an effective check upon violence. Thus, on the national level, governments can restrain violence by individuals, mobs, or insurrectionists. But, on the international level, things proceed much as they did in the American Wild West of yesteryear. In this state of international anarchy, strong nations all too often threaten or wage war upon the weak, and nations often feel insecure unless they maintain a substantial capacity for war.

Even so, the nations of the world could unite in the interest of their common security and bolster institutions of global governance. To strengthen the UN Security Council, they could abolish the veto and substitute a rotating membership for the permanent membership of Russia, China, the United States, Britain, and France. To strengthen the General Assembly, they could give it additional legislative power, including the power to fund the United Nations through taxation. To enhance the democratic nature of the United Nations, they could establish a world parliament, with representatives elected by the public rather than selected by national governments. Additional power could also be granted to the International Criminal Court and to the International Court of Justice to conduct investigations, deliver judgments, and enforce their rulings.

These kinds of reform measures have been advocated for years by the World Federalist Movement/Institute for Global Policy and by its U.S. member organization, Citizens for Global Solutions. Strengthened governmental authority on the global level is also supported by world public opinion.

A stronger array of international institutions is not a cure-all for international war. But, like the enforcement of gun control within nations, it would significantly reduce the number of violent incidents. It would help prevent international aggression. And it would save the world from nuclear war by enforcing the UN Treaty on the Prohibition of Nuclear Weapons. After thousands of years of blood and plunder, topped off in recent decades by the looming danger of a nuclear holocaust, isn’t it time to give strengthened global governance a try?

Nations of the world unite! You have nothing to lose but your wars.