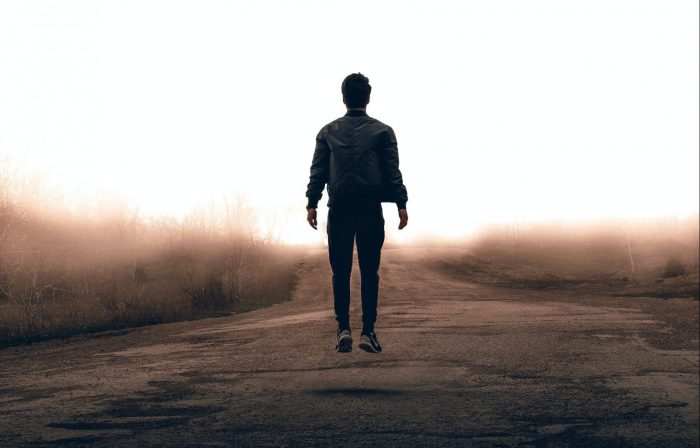 A simple wish to be free from harm is not something that we are all granted at this time.

Not all of us are free from the obligation to engage in actions that harm others either.

Not everyone has the ability to choose to live in today’s world.

Entire communities of people are engulfed in military actions and the rapid spread of sentiments that support them. It gets harder to speak of the value and sacredness of each individual life when we daily lose people by hundreds to war.

And yet, if we wish to bring an end to the habitual cycles of attacks and retaliations, it may be crucially important to say what we can say in support of every single person who’s ready to lay down their weapons or refuses to pick it up in the first place.

There’s a right to conscientious objection to military service derived from the international human rights to freedom of thought, conscience, and religion or belief.

Both Ukraine and Russia, as well as Belarus, currently have in place many restrictions that do not allow or significantly limit their citizens’ right to refuse military service based on their convictions.

Russia undergoes forced mobilization and Ukrainian men between the ages of 18 to 60 are banned from leaving the country since February of this year. All three countries have strict punitive measures for those who evade conscription. People may face years of imprisonment in the absence of independent structures and objective procedures that could allow them to refuse participation in military life legally and without persecution.

It is fair to say that all of us would wish to have the ability to decide what our lives should be in the service of. There are countless ways to live a purposeful life and contribute to the well-being of our families, communities, and the world at large, including in the situation of war.

Forcing people to take up arms and fight their neighbors as the only option is not something that we should leave unquestioned. We can choose to respect the autonomy of every individual to make their own decisions over their lives. We can value everyone’s integrity by letting people find a way to respond to a complex situation that feels true to their hearts.

Each one of us who can be saved from losing our lives on the battlefield may become a potential source of new solutions and fresh visions. Any given individual might help us find unexpected ways to co-create a peaceful, fair, and compassionate society enjoyed and shared by all.

This is why I would like to bring to your attention a petition that asks for protection and asylum for deserters and conscientious objectors to military service from Russia, Ukraine, and Belarus. The petition will support an appeal to the European Parliament that details how such protection can be granted. An asylum status would offer safety to individuals who were forced to leave their countries of birth following their choice to not harm and not be harmed. Choosing to live.

As the creators of the petition mention, “with your signature, you will help to give the appeal the necessary weight. We want to hand over the signatures in a joint high-profile action in March 2023 in Brussels“.

I will remain eternally grateful to those of you who will consider adding your name to it.

Yan Patsenko is a Barcelona-based artist born in 1993 in the Kyiv region of Ukraine. His native city is close to the city of Chornobyl, and the explosion of the Chornobyl Nuclear Power Plant in 1986 affected him and his family in multiple ways. In his writing and paper art, Yan seeks to contribute to a harmonious future free from the legacy of violence, nuclear weapons, and other weapons of mass destruction.