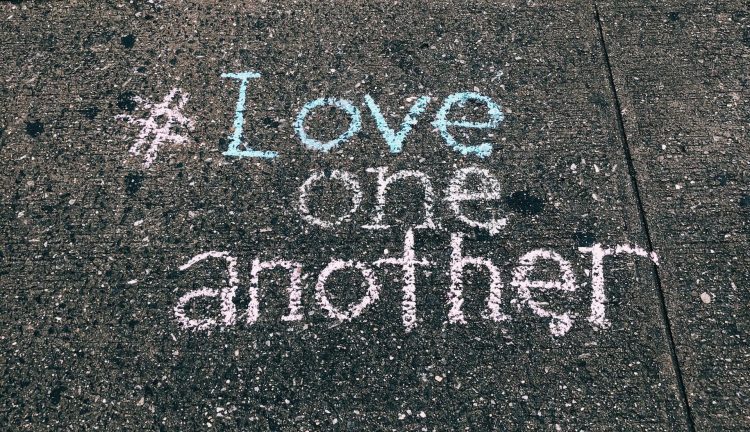 Dancing on the edge of hell

Dancing on the edge of hell

Two dogs walking. One of them says to the other: “I bark and I bark, but I never feel like I effect real change.”

This is the caption of a New Yorker cartoon by Christopher Weyant from several years ago. It keeps popping up in my head — I mean, every day. Like everyone else, I want what I do to matter, to “effect real change.” What I do is write. Specifically, I swim in the infinity of possibility. Humanity can kill itself or it can learn to survive. Most people (I believe) prefer the latter, which is all about discovering how we are connected to one another and to the rest of the universe. This is what I try to write about.

Then Congress passes another military budget. And once again, there’s the New Yorker cartoon.

You know, more than the world’s next nine defense budgets combined. We have more than 750 military bases around the world. We’re sending billions of dollars’ worth of weapons to Ukraine to keep the war going, in the wake of our two decades of war in the Middle East to rid the world of terrorism . . . excuse me, evil. As a result, the planet is bleeding to death. Not to worry, though. We still have nukes.

How safe and secure can we get?

And here’s Northrop Grumman, presenting to the world the B-21 Raider, an updated nuclear bomber, a.k.a., the future of Armageddon. No need to worry. When Armageddon is ready to happen, it will happen smoothly, at the bargain cost of $750 million per aircraft.

Northrop Grumman itself puts it this way: “When it comes to delivering America’s resolve, the B-21 Raider will be standing by, silent and ready. We are providing America’s warfighters with an advanced aircraft offering a combination of range, payload, and survivability. The B-21 Raider will be capable of penetrating the toughest defenses to deliver precision strikes anywhere in the world. The B-21 is the future of deterrence.”

We’re dancing on the edge of hell.

Is it possible for humanity to evolve beyond this? Prior to Armageddon? Advocating that humanity’s collective consciousness must transcend militarism and an us-vs.-them attitude toward the planet means lying on a bed of nails. Consider the weird and mysterious act of violence that took place recently in Moore County, North Carolina, which may — or may not — have been triggered by a drag show.

Somebody opened gunfire at two electric substations in the central North Carolina county over the weekend, causing multi-million-dollar damage to the power grid and leaving some 40,000 households without power for half a week. While the perpetrator and motive remain a mystery to law enforcement officials, one person wrote on Facebook: “The power is out in Moore County and I know why.” She then posted a photo of the Sunrise Theater, in downtown Southern Pines, along with the words “God will not be mocked.”

The theater had a drag show scheduled that night, which, prior to the power grid attack, had been vehemently opposed by many right-wingers.

The Facebook claim that the power outage was meant to stop the drag show may have been totally bogus (and also a failure, by the way, with spectators lighting the show with their cell phones so it could go on). Maybe we’ll never know for sure. But even if the poster, furious about the scheduled show, had simply co-opted a motive for the criminal act, essentially ascribing it to God, it’s still indicative that there’s a lot of poison in the air. If you hate something, don’t try to understand it. Go to war. There was, after all, a mass shooting at an LGBTQ nightclub in Colorado Springs several weeks ago — indeed, mass shootings directed at multiple targets are, good God, commonplace.

I fear that war remains the logical terminus of collective human consciousness. Indeed, war is sacred, or so surmises Kelly Denton-Borhaug, citing as an example a speech delivered by George W. Bush on Easter weekend in 2008. She noted that W “milked” the Easter story to glorify the hell the country was in the process of wreaking in Iraq and Afghanistan, throwing a bit of Gospel into his war on evil: “Greater love has no man than this, that a man lay down his life for his friends.”

She writes: “The abusive exploitation of religion to bless violence covered the reality of war’s hideous destructiveness with a sacred sheen.”

But perhaps even worse than war’s pseudo-sacredness is its normalcy, a la that never-questioned trillion-dollar budget that Congress tosses at the Pentagon every year without fail. And the total pushes up, up, up every year, bequeathing us, for instance, that Northrop Grumman B-21 Raider, ready to deliver Armageddon on command.

Short of Armageddon, we simply have armed hate-spewers, ready and ever so willing to kill an enemy at the grocery store or a school classroom or a nightclub.

Understand, love, heal . . . these are not simple words. Will we ever learn what they mean? Will we ever give them a budget?