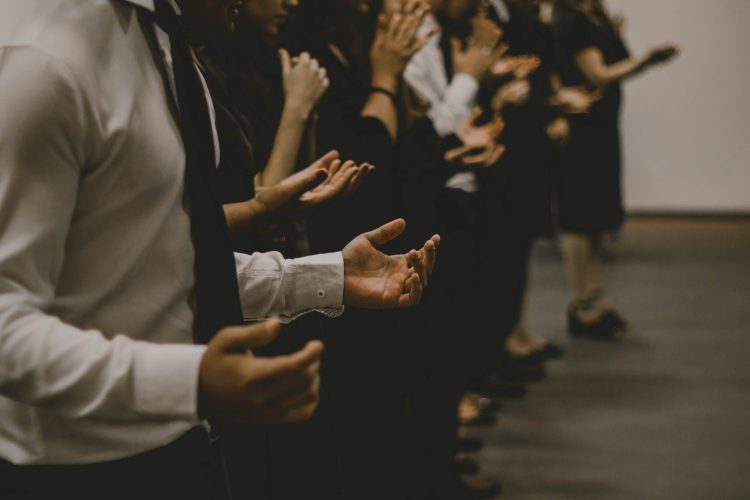 America needs an opposition party. Ideas must be tested, debated, and deliberated. We need an opposition like the Grand Old Party of Everett Dirksen, William F. Buckley, and Barry Goldwater, a party with constructive ideas.

Hard to believe now, but the Environmental Protection Agency was launched during the Nixon Administration, and Eisenhower appointed Earl Warren, a Democrat, to head the most liberal Supreme Court. Think of what could have been accomplished if that Grand Old Party had not been infected by the religious right and its MAGA slogans. Still, the last election offers some hope.

America has evolved. It’s become a more pluralistic and egalitarian society. From the beginning, that has been America’s destiny. The principles of freedom and equality, enshrined in the Declaration of Independence and our Constitution, ensured that eventual outcome. America was sure to become multi-racial, and white euro-Americans will soon no longer be the majority. It is inevitable.

America has also evolved to become more secular. With the advance of science and medicine, Secular Humanism has shown itself better able to address societal needs than religious beliefs.

Religion is losing its following, not because it has been undermined by some nefarious conspiracy, but because it has not fulfilled its promise. Neither the hypocrisy of the scandalous abuse of children and cover-ups by Catholic clerics nor the preachings of anger and resentment over Christ’s messages of love and charity by evangelical ministers have helped the cause of Christianity.

Yet as America has evolved, the Republican party has regressed to become a party led by Chicken Littles who spread “the sky is falling” rumors, e.g., “They are coming for your guns;” “they are grooming your children;” “they are attacking your religious freedom;” “they are stealing your vote.” Such claims are as unfounded as a piece of the sky falling on Chicken Little’s head.

Still, their purpose is to instill fear in a receptive audience and sway public opinion. Instilling fear is an effective strategy that religions have used for centuries, warning of hell fires and fearsome gods.

Ron DeSantis, with his “Don’t say gay” bill and Orwellian “Stop Woke Act,” which dictates what can and cannot be taught in Florida Schools, has become the chief Chicken Little. But other would-be autocrats compete for the honor and threaten our free society.

Unable to appreciate what is good about modernity, the conservative right clings to a dubious view of the past while spreading fear to retain power and influence.

This should not surprise. The advance of western culture has also maddened others including the Muslim Taliban who also view it as a threat to their religion, and Vladimir Putin who, together with the leader of leader of 100 million Russian Orthodox Christians, justifies the war with Ukraine as a holy war against Nazis and western decadence.

But the right-wing reactionaries are fighting a lost cause. The last election suggests that most voters have moved beyond the groundless grievances of the far right. The Republican party would be wise to move with them, to accept the modern world, imperfect as it is, and work with Democrats to find rational ways to improve it as they once did. And let go of the outdated worldview of the Christian Nationalists. The party’s survival may depend on it; there is no going back.

After 3,500 years of Judaism, 2,000 years of Christianity, and 1,400 years of Islam, none of these religions has brought peace to the world. But they have been a source of conflict and terrorism. Muslim jihads and Christian Holy Wars, the Inquisition, and the 9/11 attack on the World Trade Center. Even the Jan. 6 attack on the US Capitol had significant religious connection.

And thousands of years of putting the fear of God in people may have made them compliant, but it has not made them happy or satisfied their needs and desires.

And it has not made them virtuous. Christian-dominated nation-states typically have higher crime rates. Why would anyone think that further reliance on ancient belief systems will, in another 100 or even 1000 more years, make things better? Yet 4.3 billion God-fearing people, including the Christian Nationalists, adhere to these ancient faiths.

Secular Humanism, beginning just 250 years ago, has produced a much better outcome. In secular America, with laws and governance based on reason rather than fear, human rights have steadily advanced to form a more just society. American culture has flourished and prospered through advancing racial and gender equality and individual freedoms. During these same 250 years, authoritarian and theocratic nations barely progressed as they continued to constrain liberty and deny equality and religious freedom. Islamic countries especially remain bound to barbaric customs like torturing and murdering blasphemers. If Trump’s newest BFF, Nick Fuentes, gets his way, the rightwing will usher in an American version of the most draconian Sharia law, a sort of throwback to Cotton Mather and burning witches.

Endorsing Humanism does not require abandoning one’s religious beliefs. Our constitution guarantees that right, and it will always be respected. But is it not time for the religious right to appreciate the successes of Secular Humanism? The American people have flourished because our government and institutions have relied on reason rather than subjective beliefs. Religion has an important place in our society. Still, it should have no place in our government, just as the founders intended. The separation of church and state has been respected throughout our history and should be now. How can it be that Christian Nationalists, who consider themselves patriots, fail to comprehend the genius of our Constitution?

Over the last two generations, the religious right has gained power and influence. And it has made a concerted effort to promote Christianity and to replace our secular government with a Christian theocracy. Indeed, 61 percent of Republicans favor declaring America a Christian nation, and the Christian Nationalists openly campaign for it. Should that ever happen, it will be to everyone’s detriment, Christians included.

But that shouldn’t happen. We the people cannot allow it to happen. The sky is not falling. And the America was built to be inclusive from the onset. Founding Father James Madison recognized the danger of the alternative when he posed, “Who does not see that the same authority which can establish Christianity, in exclusion of all other Religions, may establish with the same ease any particular sect of Christians, in exclusion of all other sects.” Can the 61 percent of Republicans see the light in Madison’s words?

Bob Topper, syndicated by PeaceVoice, is a retired engineer.