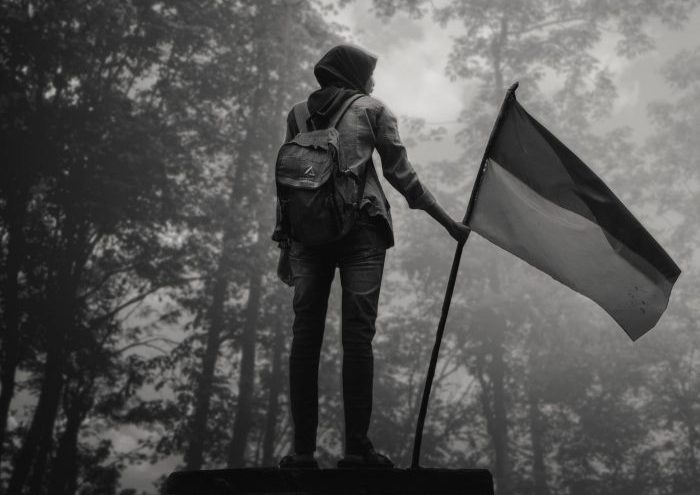 Imperialist Wars—and What Could Be Done About Them

Imperialist Wars—and What Could Be Done About Them

Although all wars are not imperialist wars, it is remarkable how many imperial conquests have occurred over past centuries.

Mobilizing their military forces, powerful states and, later, nations carved out vast empires at the expense of weaker or less warlike societies. Some of the largest and best-known empires to emerge over the millennia were the Persian, the Chinese, the Mongol, the Ottoman, the Russian, the Spanish, and the British.

The standard policy for these and other empires was to absorb new, conquered lands into their domains, either as parts of the mother country or as colonies. In the 18th century, the British, French, Spanish, and Portuguese empires used their military muscle to seize substantial portions of the Western Hemisphere from the native inhabitants. During the 19th and early 20th centuries, imperial conquest accelerated rapidly around the world. By 1913 almost all of Africa had been colonized by European powers, while Imperial Russia, having annexed its neighbors, had become the world’s largest nation. Asia, too, had fallen largely under foreign domination. Meanwhile, the United States, established by a thin string of colonies along the Atlantic coast of North America, expanded across the continent to the Pacific, mostly thanks to successful wars against Mexico and Indian nations. Thereafter it moved on to colonize Hawaii, the Philippines, Cuba, Puerto Rico, and Guam.

Consequently, as the horrors of World War I engulfed large portions of the globe and as war-weary soldiers and the public turned increasingly against imperialist war aims, government leaders adapted to the new mood. Having, belatedly, brought the United States into an alliance with Britain and France in their war against the Central Powers, U.S. President Woodrow Wilson issued his Fourteen Points in January 1918. This document promised no secret imperialist treaties, an adjustment of colonial claims, and a League of Nations to guarantee “political independence and territorial integrity to great and small States alike.” The Fourteen Points evoked an enthusiastic response, including from the young Ho Chi Minh, who turned up at the 2019 Versailles peace conference to press for Vietnam’s independence from French colonial rule.

In many ways, the Versailles peace settlement proved a failure. The promised “self-determination” was limited to Europe, and although the League did establish a “mandate” system to prepare colonies elsewhere for independence, it merely shifted their rulers from the Central Powers to the war’s victors. Moreover, the rising fascist nations—Germany, Italy, and Japan—threw off even a pretense of favoring decolonization and launched imperialist wars in Africa, Europe, and Asia.

Ultimately, it took World War II to shatter the old colonial system. In its aftermath, the imperial powers gradually abandoned their colonial rule in Africa, the Middle East, and Asia. In some cases (for example, in Indonesia, Algeria, and Vietnam), they were driven out by anti-colonial revolutions. More often, however, internal agitation for independence and external pressure by the United Nations led to the advent of self-government, after 1945, in most of the former 80 colonies.

Even so, as the old-style imperialism crumbled, a newer model—replacing outright colonialism with political control through occasional military intervention—arose during the Cold War. For the most part, this new imperialism was practiced by the Soviet Union in Eastern Europe and Afghanistan and by the United States in Latin America and Vietnam. With the end of the Cold War, however, even the new imperialism declined.

Therefore, it came as a shock when, this February, the Russian government, having formally recognized Ukraine’s independence in 1994, launched an old-fashioned imperialist war against that nation. Only a few days before the invasion, Vladimir Putin issued a proclamation denying Ukraine’s right to an independent existence and claiming that Ukraine was “Russian land.” Not surprisingly, the UN General Assembly condemned the invasion by a vote of 141 to 5.

Although Putin justified the military assault by claiming that Ukraine’s membership in NATO would provide an existential threat to Russia, that membership was not at all imminent when the invasion occurred. A month later, when President Zelensky offered to have his nation remain neutral in exchange for a Russian withdrawal from Ukraine, Putin ignored the offer. In May, when Finland and Sweden, horrified by the Russian invasion, announced plans to join NATO, Putin failed to halt it. Instead, this October, Russia annexed about a sixth of Ukraine’s territory. Nor has Putin ever renounced gobbling up the rest of Ukraine.

Can anything be done to bring an end to imperialist wars?

Yes, several things could be done. One that has been effective on some occasions is to mobilize an anti-imperialist movement in the aggressor nation and elsewhere. Another that has worked is for the colonized to militarily resist the imperialist power?although, of course, the human cost can be enormous. Furthermore, the international community can roundly condemn imperialist wars and refuse to recognize territorial annexations that flow from them.

Ultimately, though, the world needs a strengthened international security system that will reject both the old and the new imperialism. In some ways, the United Nations already provides this framework through the UN Charter, the power to levy economic sanctions, and a structure for the mediation of conflicts. Even so, the world organization is not yet strong enough to wipe out the vestiges of imperialist aggression. No single country?and certainly not the imperial nations of the past?has the credibility and power to tackle this project alone. But the world community might just possess enough wisdom and determination to finish the job it began a century ago.