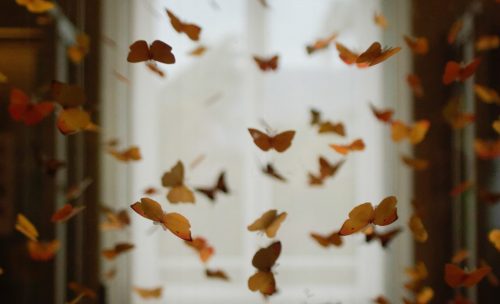 Staughton Lynd just crossed over, barely shy of his 93rd birthday. In the world of peace and justice, this marks the passing of a major champion.

While Staughton decided as a young man that he could not take human life, in 1953 he entered the Army as a Conscientious Objector (as a member of a historic peace church) in a noncombat role.

The son of two of America’s most prominent sociologists, Helen and Robert Lynd, Staughton was raised in an intellectual environment and earned his PhD in history in 1962.

He taught at Spelman College, a historically black college and one of his pupils was the acclaimed novelist Alice Walker, who recalled Lynd as “wise and fearless.”

Lynd formed a friendship with African American intellectual and civil rights worker Robert Moses, which helped lead him to the most dangerous places in the Civil Rights Movement as Lynd was chosen to lead the educational initiative of Mississippi Freedom Summer in 1964. Later, he and Moses and peace activist David Dellinger went to the Pentagon to demonstrate for peace. They were attacked and red paint thrown on them, resulting in a famous photo that looked as if they were bloodied.

The first time I saw Staughton Lynd was at talk he gave in my hometown, Minneapolis, in 1968. I was 17. I went with my Dad, who had read Lynd’s book, Nonviolence in America. As I was facing the draft, I was trying to learn about ideas that might help me think about my own path.

I did not understand then, really, what Dr. Lynd had done and was facing. He had gone with a couple of other peace activists to Vietnam, including traveling to the North, to Hanoi, and had criticized our government for its poor decision to occupy the South, and to engage in a brutal war that was killing at least four civilians for every fighter killed, and at that time had already cost the US about 25,000 young men dead, many more grievously wounded, and more than one and one-half million Vietnamese killed, mostly simple unarmed farmers in small hamlets.

In short, it was a war that violated literally every principle of entering a war and every Just War principle of waging war.

For his activism, in that era of highly polarized America, Lynd was told by his employer, Yale University president Brewster Kingman, that he was almost certain to not get tenure, which effectively meant he was fired for his not-so-free speech and the academic freedom that seemed to have evaporated in many parts of America in that era.

Okay, he seemed to say, and went on to earn a doctorate in law, passed the bar, and fought in a different way, in the courts, but also with his pen, authoring many books on various labor movements and successive editions of his 1966 Nonviolence in America (1995, then 2018).

Staughton fought for workers’ rights and fought for them as a small town, Rust Belt labor lawyer. He was beloved by the rank and file, often taking on casespro bono when there was injustice but no money for lawyers.

Staughton worked hard to keep prisoners off death row, especially those convicted without much evidence and without much legal representation–often “back in the day” by overworked and overwhelmed public defenders.

When two of us did a Plowshares act of direct disarmament in 1996, I asked Lynd to please come testify on our behalf. He graciously came from Ohio to Wisconsin and was such a welcome addition to our fight to resist nuclear war.

I’ve lit a novena for him and I wish, for all of us, that his spirit continues to influence us. His legacy is courageous peace and justice and long may that live.