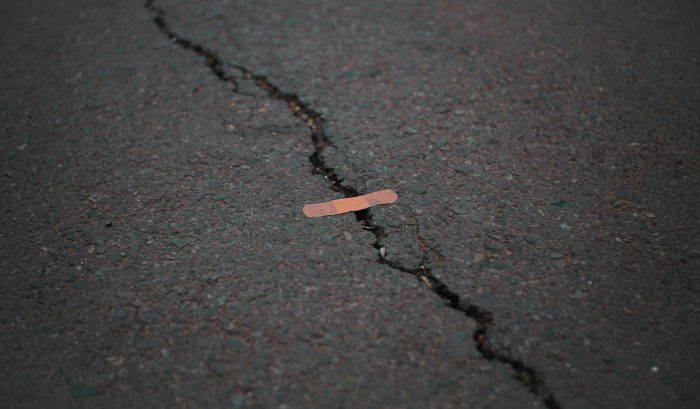 While there are many helpful phrases in the “street peace” trainings that we do as the Portland Peace Team, my favorite, which we offer when possible to someone in emotional distress over a soluble crisis, is, “Let’s fix this.”

That sentence, short and immediately understandable, can deëscalate many agitated people, especially someone who sees no possible solution and is suffering from an “amygdala hijack,” a loss of rational functions in favor of an increasingly overwhelming grasp of control by our most primitive portion of the brain, the limbic system, or “lizard brain.”

When a person feels the connection, the offer of help, and the air of hope, if not certainty, that the presenting problem can be successfully managed and resolved, it tends to tamp down the flare in the amygdala and slowly return control to the cerebral cortex, the reasoning portion of our complex human brains.

So. Can we engage in a thought experiment? Can we, for a moment, regard the midterm elections as a great big, “Let’s fix this” from the majority American people to the rest of the American people?

The majority stopped the election liars and deniers from gaining Secretary of State offices in all swing states. Independents generally voted to “regain the sane.” Even some Republicans split their tickets here and there to selectively vote against the Road Rage Republican candidates.

The majority kept many of the Trump-endorsed candidates out of office and those who were elected may have been chosen despite Trump rather than because of him. We may be seeing the amygdala hijack of the Republican party deëscalating enough so that increasing numbers can begin to look more like the Eisenhower, Hatfield, and John McCain Republicans. After all, Mitt Romney is still in the Senate and, while he usually votes against Democrats, he doesn’t refer to them in ad hominem attack terms. A return to the days when the US Senate can pass a McCain (R) Feingold (D) campaign finance reform act are at least more possible now.

“When far-right Republicans said they knew better, I knew we would prove them wrong,” Cortez Masto said in a victory speech Sunday. “This election, Nevadans rejected the far-right politicians working to divide us. We rejected their conspiracies, their attacks on our workers, and their efforts to restrict our freedoms.”

Part of the key is to avoid any end zone dances or spiking the ball, right, Democrats? Instead, an invitational, conciliatory approach right now might help us all strive to improve a democracy that can use some patches and repairs.