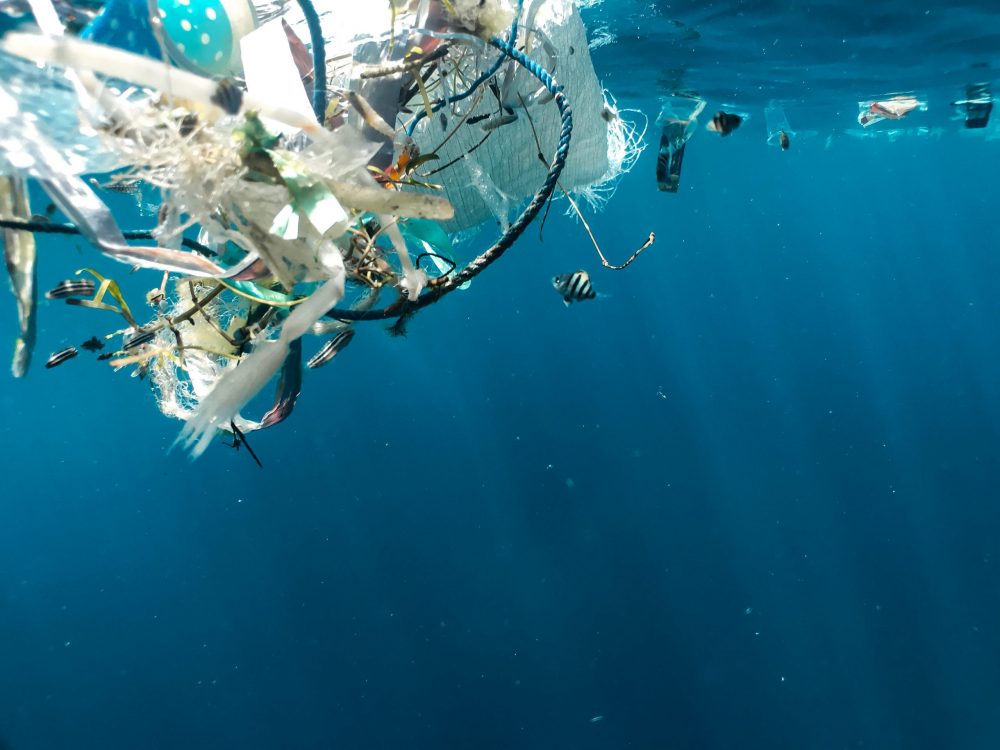 Back in 1967 people were electrified by “The Graduate,” especially the scene of 40+ Anne Bancroft seducing 21-year old Dustin Hoffman. But there was another iconic moment, when one of his parents’ friends definitively pronounces one word to Hoffman that would assure his future business success: “plastics.”

A half century later the world is being choked by plastic waste from huge items to the smallest micro bits, each causing a slow death to our beautiful living system. As I revisited this non-regenerative life cycle of many pieces of plastic lodged in my brain and yours, it suddenly reminded me of something I learned about in the 1970s, the nuclear fuel cycle.

When Prop 13 was on the California ballot encouraging us to vote for nuclear energy, guaranteed to be cheap, clean, and efficient, my husband and I joined with others to explore this too-good-to-be-true source of energy. We soon learned that what we were not told was that the waste from the power plants would be toxic for 250,000 years and could not be safely stored and protected against earthquakes or terrorist attacks for starters.

Dealing with radioactive materials was and still is a very serious threat to one’s health if not life itself. In response, for one year we gave talks and educated others about the deadly life cycle of nuclear fuel–mining the uranium, transporting the raw material to a nuclear plant where the fuel would produce energy through the fission process, storing the spent fuel rods in cooling ponds, and deconstructing the nuclear plant at the end of its approximate 20-year life of producing that “cheap, clean, and efficient” energy.

But the critical question was, and still is, what to do with the spent fuel material? Shoot it into space was an idea. Storing it in caves or deep areas in the ground was another suggestion. But for a quarter-million years? Under whose watch? And at what cost (hint: at least $300 billion and counting)?

Fortunately, after research and lots of soul searching in the wake of the near-meltdown at Three Mile Island nuclear power plant, it was decided not to pursue building more nuclear power plants in the US, though 93 of them still operate.

Since then, there have been a number of leaks, issues with stolen uranium that could be used to make “dirty bombs,” and actual meltdowns. Think Chernobyl or Fukushima.

The fuel cycle of mining the uranium, transporting it around the country, constructing nuclear power plants, and then facing with the waste materials that are life threatening and toxic to the living system closely resembles the plastic dilemma.

Back in the ’40s and ’50s, turning oil into plastic was also a product and a promise too good to be true. Sadly, it has taken 50 years for us to realize the long-term, life-threatening effect of plastics on the living system.

Like nuclear waste, they too have a non-regenerative life cycle with no way to take care of the used plastic. A small percent of the plastic can be reused or repurposed, but at least 90 percent is continuing to accumulate in streams, rivers, and other water sources, ending up in the oceans and then in the fish billions of humans eat.

Plastic waste is mistaken for food by animals and birds, causing them to starve to death. There is simply no safe way to dispose of the amount of plastic being created. Plastics are killing animals, polluting water sources critical to populations, and causing serious health effects to people, the long-term implications still unfolding. For nuclear waste and for plastic, there is no “away.”

We can live without most radioactive materials (yes, nuclear medicine, which generates tiny amounts of waste relative to weapons and power plants, is likely here to stay) and most plastic, especially the disposables (yes, the durable plastic that lasts years has a somewhat superior cost/benefit outcome in many cases).

These are moral questions. How much do we love Life? What are we willing to sacrifice to assure that the wonders of nature will be preserved? We are living in a time when our choices for comfort are now threatening Life itself. We know that these biosystem crises are threaten all life. It’s really in our hands and the time is now.

We can do this, as individuals and as a society.

Libby Traubman, along with her late husband Len, has led hundreds of seminars on the unity of the living system and the need for people everywhere to understand their interdependence with the system and each other.