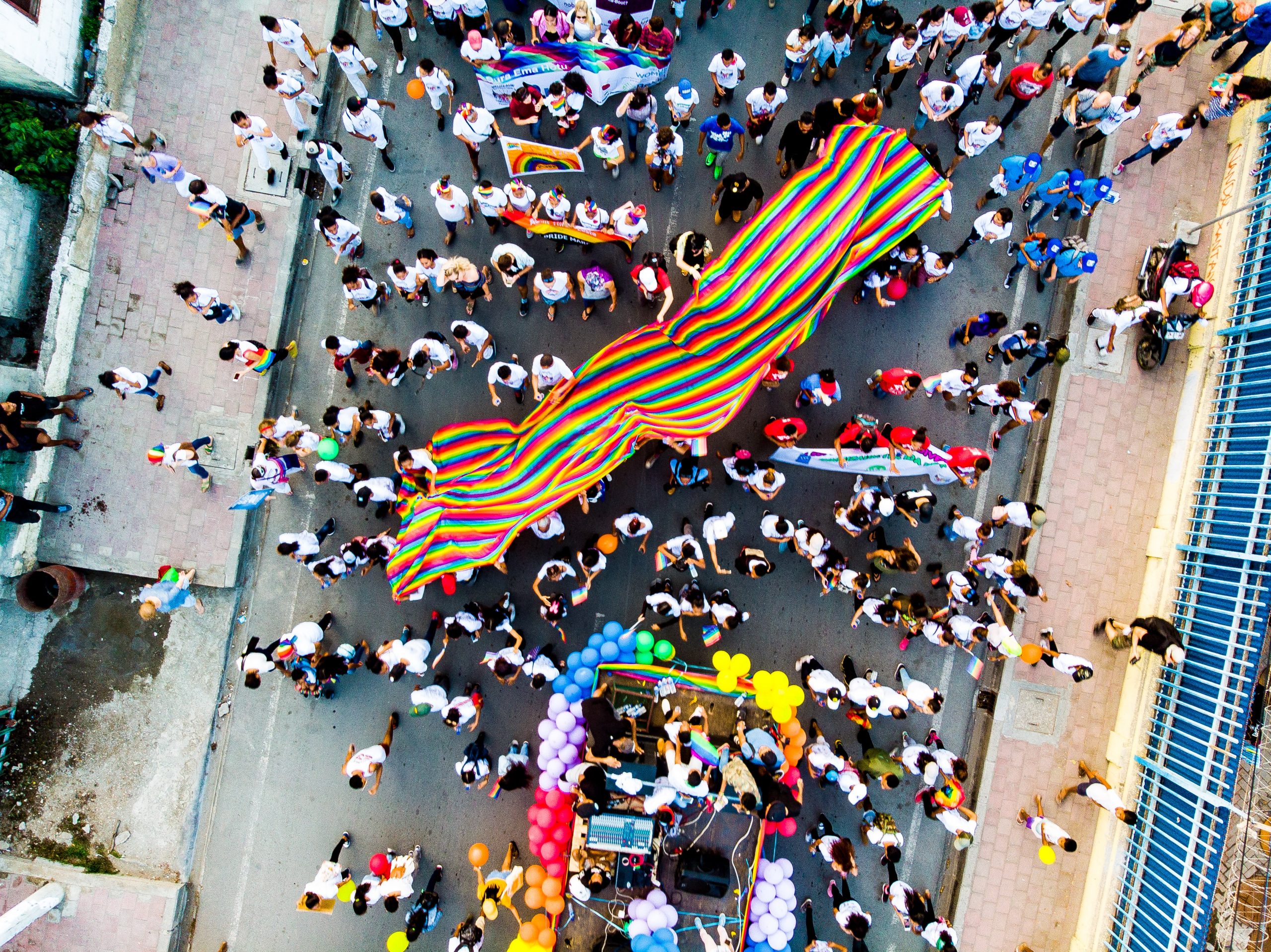 “Get the f__k out of here!” screamed the young woman.

I understood. She was enraged, yelling at a small group of evangelicals with their powerful loudspeaker, at the end of the Pride parade last month.

While such parades are becoming more common across the US, the Pride parade is such a signature Portland, Oregon event, one of joy, color, lots of children, hundreds of parading organizations in their own forms of celebration of just being alive, being accepted as full human beings, expressing themselves with smiles, cheers, and nods of appreciation to each other and to thousands of Portlanders lining the parade route on the sidewalks.

But of course, as we know, the lives of countless gay, lesbian, transgender, bisexual, and uniquely identified people have been both physically and psychologically traumatized by dominating, aggressive people who cannot seem to attain a level of maturity that accepts all. Rising above the hurt to enjoy a day in the sun, a day of utter acceptance by thousands, a day to proclaim their authentic selves, harming no one, supporting each other–that is a day that can offer profound comfort and an emotional “battery recharge” that can last a while.

I’m a member of the Portland Peace Team. We are unarmed. We have a code of nonpartisan nonviolence. When organizers of events invite us to come help with public safety, we ask if the code of conduct they are advertising for their event is unarmed nonviolence. We ask if they will announce from the stage or with their megaphone that they have invited us to help keep conflict from escalating.

If they say yes, we are happy to help, small as we may be. We’ve been doing this for a decade in the streets of Portland. We’ve helped at Pride several years, we’ve gone to some BLM events, we’ve helped a few times with the children’s climate strikes, with the Women’s March, refugee and immigrant rallies, and much more.

Our goals: 1) keep everyone safe, 2) help deëscalate conflicts. We have no special authority, just the moral authority given to us by those who have worked hard to organize an event.

When conflict escalates and there is no code of nonviolence, Portlanders know what happens. Many organizers and many activists are righteously enraged by injustice, and yet without nonviolent discipline, and especially with aggressive rage, their campaigns often alienate the public, actually reversing their intended goal of generating mass support for the policies they want put into effect.

The protest atmosphere in the US in general and in Portland in particular is rougher than it was even a few years ago. Downtown Portland and other areas of town have seen personal violence and property destruction that has no rational justification (I say this as someone who does understand when it may be justified and explicable).

Pride this year was a bit tougher than in the past. Tempers are shorter. Violence is closer to the surface. All 10 of us from the Portland Peace Team who were on hand that day focused on trying to deëscalate the hot conflict at the extremely offensive evangelical loudspeaking, where happy Pride people were being told they were going to hell, etc.

It got physical a few times. Eventually the loudspeaker equipment was damaged and the evangelicals left. Now they have new trauma that may affect their behavior in the future.

By far the most effective of those who confronted the rude loudspeakers were some young people holding a colorful blanket up in front of the speakers and singing and dancing. Their joy was under their control, not extinguished by the objectionable interrupting loudspeakers. We attempted to convince the few who were enraged to dial it down, with mixed success.

After, one of our members said, “I am positive it would have been far worse if we weren’t here today.”

Our peace team is one of many across the US and we hope more and more folks seek training in more and more towns so we can return to protest that is very assertive, but not aggressive, not alienating to the public, and everyone stays safe.