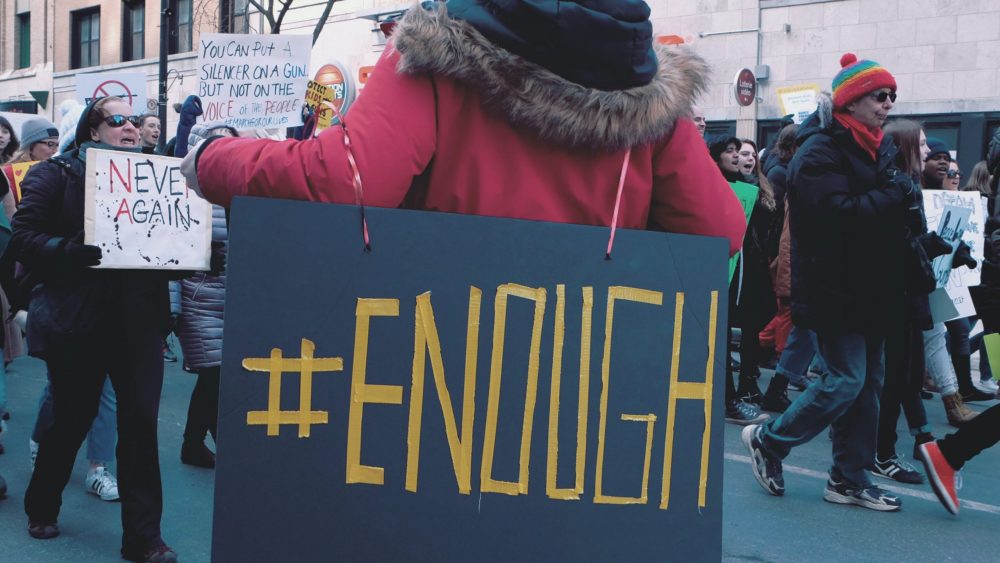 Can we finally start dealing with gun violence?

Can we finally start dealing with gun violence?

It was an ordinary Valentine’s Day four years ago when my class was interrupted by incoming news of an active shooter in a Florida high school. On February 14, 2018, a 19-year-old opened fire on students and staff at Marjory Stoneman Douglas High School in Parkland, Florida, but the impacts were far reaching indeed.

More than a thousand miles away the breaking news just before our class started, “17 Dead in School Shooting,” was unavoidable. As a class we pivoted to the current event, we shared stories, and I did my best to make a teachable moment out of the horror.

I shared with students about my experiences with gun violence. In 2017 I watched a live stream as a gunman opened fire onto a Las Vegas concert crowd. Friends at the concert were in harm’s way, two of the nicest people I know were hit and luckily survived, and with the sometimes horrifying miracles of modern technology I was watching it in real time.

When I shared, they did as well and collectively it was replete: we had been on hitlists; we had hidden behind furniture and in closets during shooting events; we had known people shot and killed.

The commonality of this persistent epidemic of preventable violence is why March for our Lives featured events in 400 US cities on June 11th.

There are always choices in how we (individually or collectively) proceed. I can repeat the well known science on guns and violence or ugly conclusions like: people in the US are 20 times more likely to die of gun violence than those of other developed nations (Australia, France, the United Kingdom (excluding Northern Ireland), Israel, South Korea, Japan, Norway, Poland and Slovenia).

I have seen guns in my classrooms after Georgia made their version of concealed carry legal on college and university campuses.

There are some signs for encouragement. There is broad partisan agreement for some gun policy proposals, like red flag laws enabling removal of guns from people deemed a danger, requiring background checks for purchases made at gun shows, and opposition to concealed carry without a permit.

Unimaginably, however, common sense gun legislation with bipartisan approval continues to fail. At some point the people must be prepared to take the power back into their own hands.

The net result from all these years of mass shootings and gun violence has been ineffective thoughts and prayers. Not one wake-up call has been answered, no matter how innocent the victims were.

It is time that the people recognized the call to collective action. This is a power that can be employed when the state ignores and refuses to act on behalf of its citizens—”the right of the people peaceably to assemble, and to petition the Government for a redress of grievances.”

It is time the people used their First Amendment rights to put an end to the deaths enabled by the Second Amendment. Like Jeff Tiedrich wrote with bitter sarcasm, “Well-Regulated Militia Opens Fire In Robb Elementary School in Uvalde TX,” the supreme stupidity of the outcomes of our gun policies must change.

Any politician failing to vote for common sense gun laws should not be re-elected. Period. This our responsibility to track and act.

It is time for the bleeding to stop; it is time to apply direct pressure … until bleeding stops.