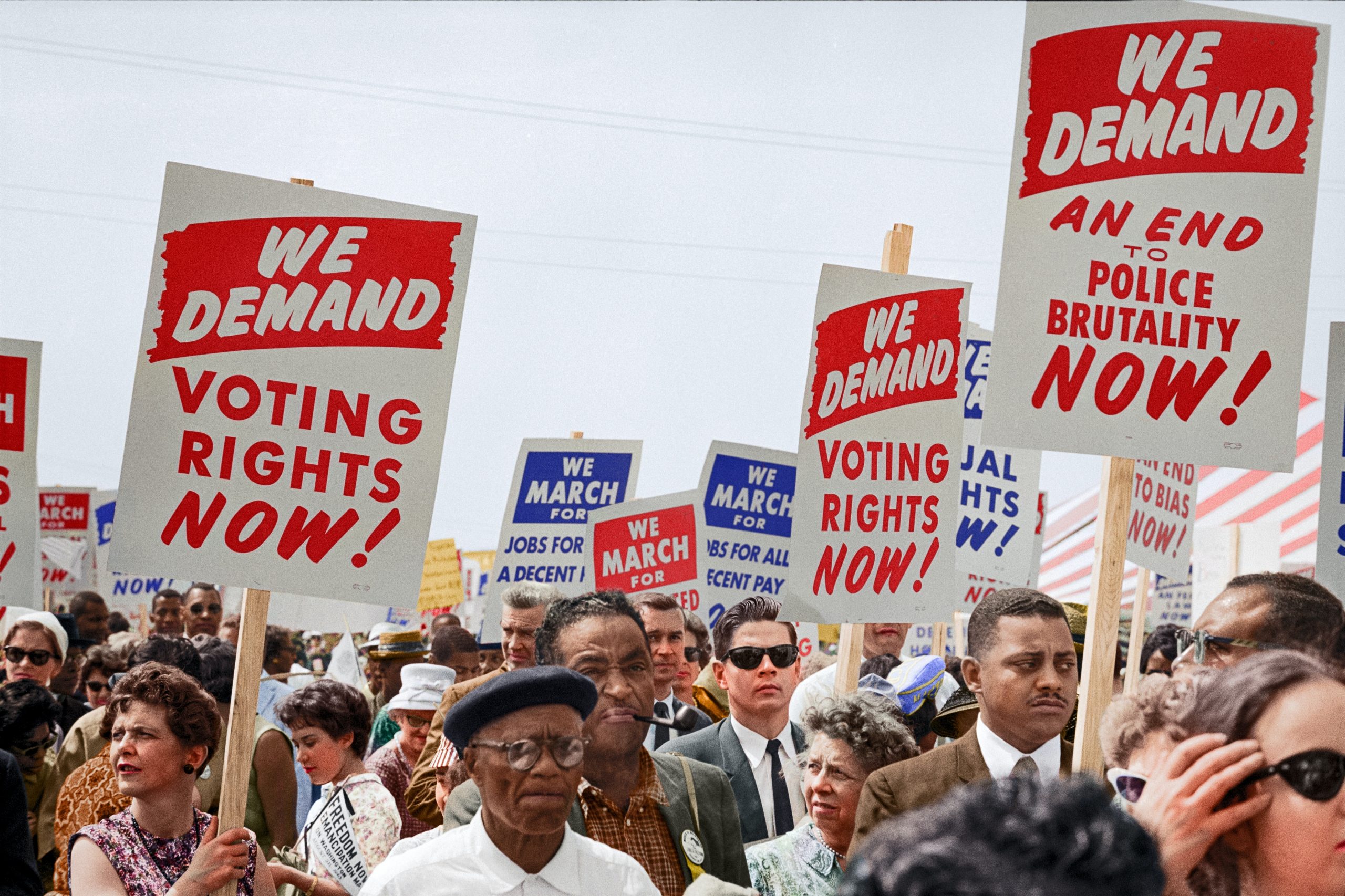 The deep connections between democracy and nonviolence

The deep connections between democracy and nonviolence

In recent weeks, leaders and commentators here and abroad have rightly framed Russia’s brutal aggression against Ukraine as a struggle between autocracy and democracy.

There are good reasons for casting the conflict in these terms, but in our own country there are also reasons for using the term “democracy” with some measure of caution. Our democracy stands on unsteady feet. Congress continues to investigate the January 6 attack that sought to block the peaceful transition of power. Watchdog organizations like the U.S.-based Freedom House and the Stockholm-based International Institute for Electoral Assistance have raised alarms about the state of U.S. democracy, once considered one of the most robust in the world.

A recent Freedom House report cites racial injustice, the outsized influence of money in politics, and the intense polarization of American society as causes for the downgrading of American democracy.

But there’s another dimension of genuine democracy that needs to be lifted up, and that is its deep connection to nonviolence. Reverend James M. Lawson, a close associate of Dr. Martin Luther King and a longtime teacher and activist engaged in nonviolent struggles for justice, defines nonviolence as the “use of power to try to resolve conflicts, injuries, and issues in order to heal and uplift, to solidify community, and to help people take power into their own hands and use their power creatively.” By contrast, he says, violence is “the use of power to harass, intimidate, injure, shackle, kill, or destroy a person or persons.”

One can see these concepts and their connections to democracy illustrated in a visual image – whether as photograph, video, or painting – of the Edmund Pettus Bridge on March 7, 1965. There, several hundred nonviolent demonstrators marching from Selma to Montgomery, Alabama on behalf of voting rights met a violent response from state troopers and local law officials. With the moral clarity of allegory, the image of that scene encapsulated, on the one side, the indivisibility of nonviolence and a people’s democratic yearning for political equality. On the other side, the beatings and tear gassing inflicted by the officers showed clearly the violence deemed necessary to thwart that people’s quest for full democratic participation.

Individuals and groups in power, of course, don’t always need billy clubs and tear gas to suppress democracy. They have other tools available to them. A handful of justices, meeting recently in the august rooms of the U.S. Supreme Court, chose to let stand a blatantly discriminatory redistricting plan that dilutes the votes of African Americans in an Alabama congressional district. Seemingly administered with clean hands, this and other tools of voter suppression also enact violence in the attempt to silence people’s voices and diminish their stature in a community. Or, to borrow from Rev. Lawson, they are attempts to “shackle” a people and their aspirations.

Institutional violence like this can take many forms, and unfortunately, the U.S. is rife with manifestations of it. Recently the U.S. Senate had the opportunity to extend the Child Tax Credit that helped lift millions of children temporarily out of poverty when passed last year as part of the $1.9 trillion American Rescue Plan. The extension of the credit, as research studies have shown, would yield immense benefits to children’s health, well-being, and educational outcomes. But the refusal of senators (principally Republican senators) to pass the credit has allowed children to slide back into poverty and the longer-term benefits to evaporate. This, too, was a form of violence, a violence made all the more bitter by widening economic inequality.

To some, it may seem highly inappropriate to speak or write of nonviolence when soldiers and civilians are engaged in a mortal struggle for freedom – for existence itself. This is despite the fact that civilian resistance has indeed been part of the struggle in Ukraine as well as in Russia.

But the unsteady state of our own democracy demands continued reflection about the degree of violence in America – and the misplaced priorities such violence entails. Can we reconsider our definition of national security when a $753 billion defense budget, and all the advanced weaponry it can buy, has proved useless to prevent the 973,000 civilian casualties wrought by Covid?

Such reflection also asks us to consider the democratic possibilities of redemptive nonviolence. Just as America’s founders could scarcely have imagined that descendants of their slaves would someday vote and exercise their rights in the public sphere, so too it may be difficult for some to envision a truly nonviolent democracy in America: a just and equitable society in all regards. It certainly won’t happen all at once; there’s a great need for education (of our own nonviolent histories and of the active nonviolent movements today), but a starting point is to ask some basic questions. What values are essential to a democratic society? When we aspire to being fully democratic, what are we truly aiming for?