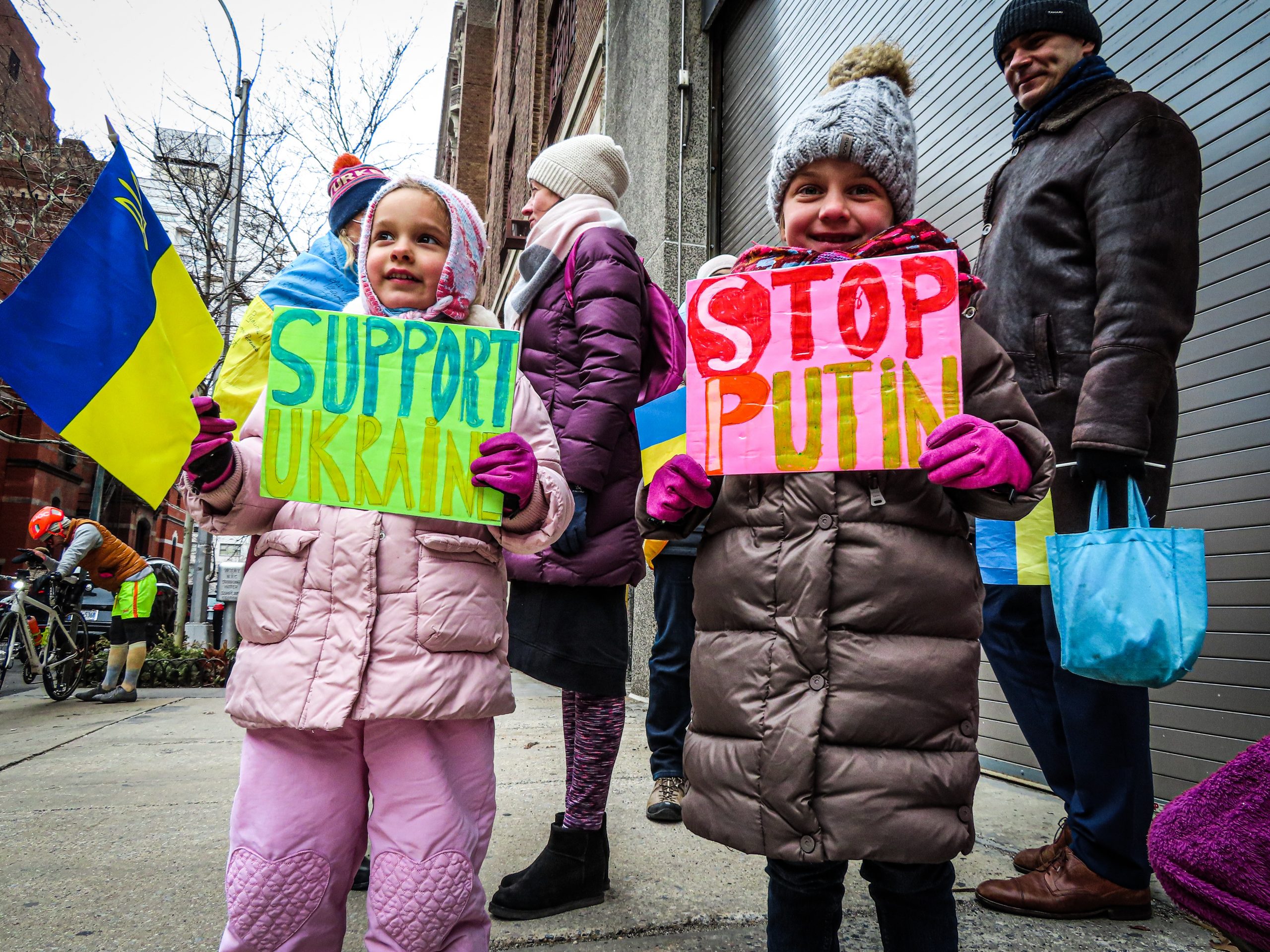 I teach nonviolence. Students ask, so, okay, and just how could Ukraine possibly resist Putin and a brutal invasion using nothing but nonviolence?

I have two sets of comments.

One, this cannot be a philosophical inquiry. Not only is it too late to respond with complete nonviolence, since resistance is already violent, but only a pompous fool would attempt to tell others how to gain their liberation.

Two, I am a professional analyst, so it is actually my job to construct hypotheticals about using nonviolence to achieve goals.

As a human being, I join with the millions in awe of the brave resistance of Ukrainians to the brute violence of Putin and his massive armed forces. If I were a Ukrainian dad or grandpa, I pray I’d have even half their courage.

As an analyst, I am interested in historical examples that might help me imagine a nonviolent resistance option.

First I think about Denmark’s nonviolent resistance to Nazi invasion and occupation. Like Ukraine perceived by Russia as the “little Slav brothers,” the Nazis felt some Aryan cultural connection to Danes and apparently hoped to exploit them but also gain their subservient admiration.

Denmark, unlike the rest of Europe, did not build up their military after WWI, largely pursuant to the Kellogg-Briand Pact, which was made to avoid such a catastrophic war again. Obviously, Germany under Hitler completely violated the pact and threw everything into their evil ambition to rule Europe and beyond. When they swept into Denmark 9 April 1940 they encountered no resistance because Danish leaders decided saving their people was more important than waging overmatched war against such a mighty military force.

The boy created his “10 Commandments” for being a good Dane, including doing shoddy work, producing little or nothing for the Germans, and maintaining ultimately loyalty to Denmark.

The king rode his horse through the streets of Copenhagen every day, refused to allow the swastika to be raised above his palace, and when the Nazis ordered Jews in Denmark to wear the identifying Star of David, the king wore one.

Both the boy and the king inspired the best kind of nationalism, the opposite sort from the sick Deutschland über alles, but rather a protective love for their land and people. Danes gathered in public parks on Sundays to sing their national songs—keeping their spirits as strong as possible.

Finally, the Nazis ordered any saboteurs summarily executed and the Danish Parliament dissolved in protest.

Then the Nazis ordered the roundup of all Jews in Denmark and the Danish people got wind hours ahead and went into full protection action, hiding Danish Jews and getting them across a few miles of sea to neutral Sweden.

In other words, when the question was really called, the Danes offered substantial, brave, successful civil resistance. They weathered the terrible affrontery and ugly Nazi invasion and occupation.

Looking at WWII deaths by percent of population, Denmark suffered far less than most, losing 6000 people to the war even though they were occupied literally for almost the entire war. Tiny Luxembourg, not much more than five percent as populous, lost more than 7000 people and so many other countries lost so many more both in raw numbers of people and in percent of their populations.

Danes were clearly not the country that defeated Hitler and his godawful German military blitzkrieg machine of death, but they eroded it to the best of their abilities and protected their people remarkably.

The Allies did the heaviest lifting, obviously, to ultimately drive Germany to surrender.

Now, with the new allies imposing serious sanctions on Putin, his oligarchs, and his economy, Russia will need to dampen its imperial ambitions eventually. It took more than five years to defeat the Axis powers at a cost of approximately 100 million people. What if it took five years to get Russia out of Ukraine but in that interim Ukrainians survived because the Russian military would stop shooting and bombing them because the Ukrainians were not resisting with violence?

I do not pose this as any disrespect for the valiant Ukrainians who are doing so much, risking so much, losing so much, and in fact suffering and dying and fighting back. How could any decent person offer anything but respect to the men and women, boys and girls, of that poor country right now?

I only suggest that we learn much more about how to survive and ultimately defeat the dictators who misuse their militaries to seize other people’s lands and threaten their lives. Nonviolence seems weaker at first glance, but, as more and more research is showing, is actually, by far, the most gain for the least pain, and takes at least as much courage in the face of threat of death.