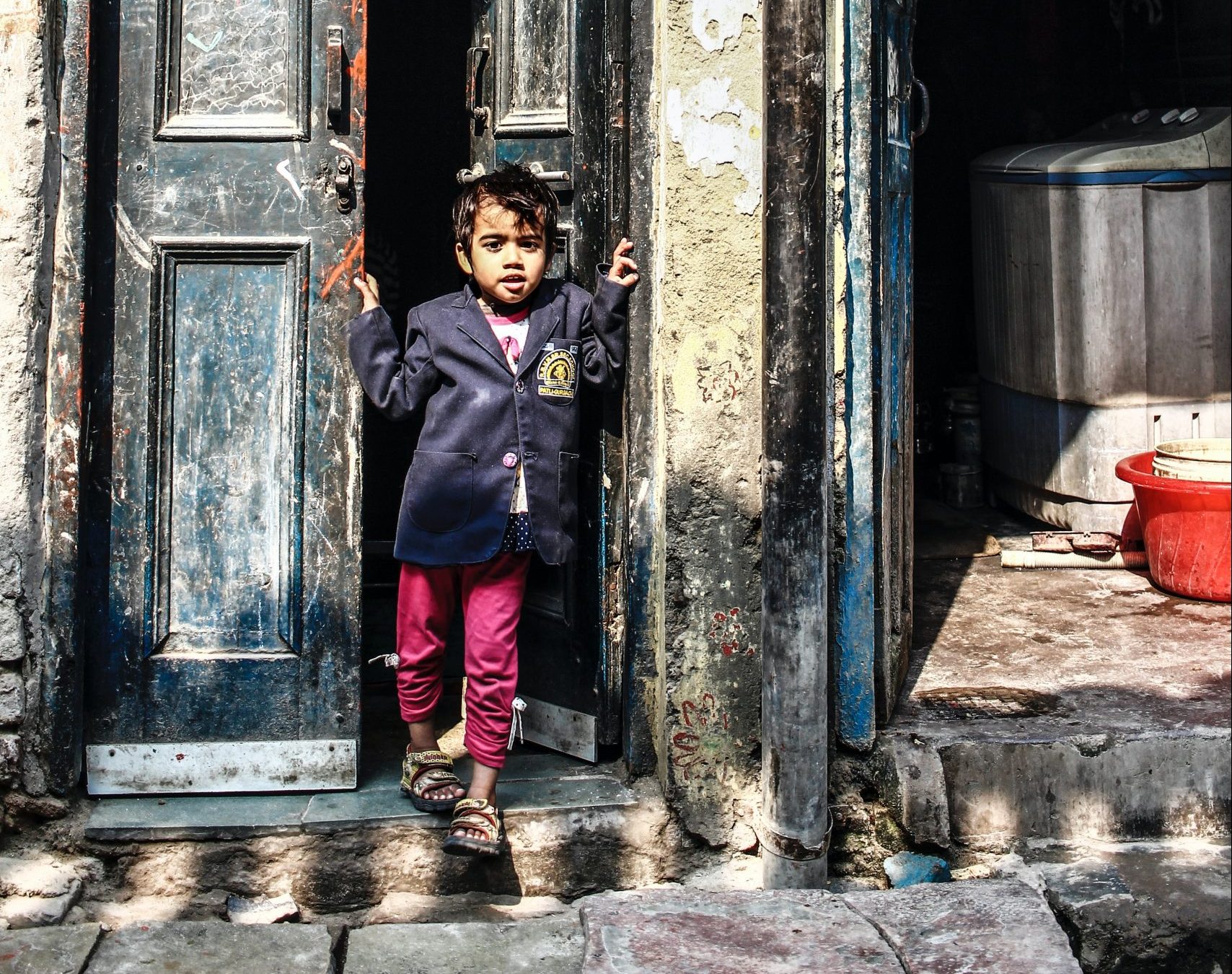 The US and Yemen: Putting a Disreputable Policy Right

The US and Yemen: Putting a Disreputable Policy Right

In Yemen, Saudi Arabian and Iranian interests collide, a civil war involving multiple parties has devastated the country, important issues of international law need to be resolved and the world’s gravest humanitarian crisis has been going on for several years.

Common to all these elements is the US-backed Saudi intervention, which has rained destruction on Yemen’s civilian population and reduced cities to rubble. President Biden has said that Saudi Arabia has “created a humanitarian and strategic catastrophe,” yet the US has long had dirty hands in that catastrophe, and Biden has done little to change that situation.

For a number of years, going back to the Obama administration, the US has been Saudi Arabia’s silent partner in war making in Yemen.  The proclaimed national interests that guided US support included confronting Iran’s presumed proxy force in Yemen, the Houthi, and being a faithful ally to the Saudis.

US military assistance has been central to the Saudi intervention.  At the start of the Biden administration, military aid to Saudi Arabia comprised $27 billion in the Foreign Military Sales program (not counting about $100 billion in pending FMS cases), more than $8 billion in commercial sales, and a variety of military training programs.

According to the state department, the purpose of military aid to the Saudis is to provide “the Saudi armed forces with the equipment, training, and follow-on support necessary to protect Saudi Arabia, and the region, from the destabilizing effects of terrorism, countering Iranian influence, and other threats.”

Saudi bombing of Yemen should not figure in that announced purpose, but it does. By one account, between 2015 and 2020, the US-allied Saudi air force and drones dropped over 65,000 bombs on Yemen—roughly half the total number dropped over all other Middle East countries.

As the authors of that study point out, the actual total is likely to be much higher, since the US military “published those figures in regular, monthly Airpower Summaries, which were readily available to journalists and the public. But in March 2020, the Trump administration abruptly stopped publishing U.S. Airpower Summaries, and the Biden administration has so far not published any either.” To some critics, US military support of Saudi Arabia raises the question of war crimes.

The humanitarian crisis—the world’s most severe according to the United Nations—shows no sign of alleviating.  UNICEF estimates about 80 percent of Yemen’s population is in need of assistance.  Healthcare resources—sanitation, clinics, equipment, workers—are in very short supply.  Contagious diseases such as dengue fever and diphtheria are widespread and are particularly acute among children.

Malnutrition has devastated Yemen’s next generation.  The UN humanitarian coordinator in Yemen said late last year: “Yemen is on the brink of a catastrophic food security crisis. If the war doesn’t end now, we are nearing an irreversible situation and risk losing an entire generation of Yemen’s young children.”

Last year an estimated 12?million Yemeni children were considered in danger if aid were cut off, their futures probably permanently damaged by lack of healthcare and education.

Tragically, international aid to Yemen is actually declining as the UN membership has failed for two years running to provide the amount (currently, $3.8 billion) called for by the secretary-general.  The US has only pledged $19 million.

Meantime, Saudi Arabia is abetting the humanitarian crisis by maintaining a blockade of aid deliveries to Yemen.  As William Hartung reports: “The most devastating current impact of U.S. military support for the Saudi military stems from the Saudi regime’s use of U.S.-supplied equipment to enforce a blockade that has impeded the provision of aid and the import of commercial goods, a move that has made an already horrific humanitarian situation in Yemen even worse . . . ”

·       Four million people are internally displaced and in dire need of basic provisions.

The Trump administration viewed the Yemen crisis in predictably narrow terms: “maximum pressure” on Iran and friendly, money-oriented ties to the Saudi kleptocracy.  Secretary of State Mike Pompeo decided to designate the Iran-backed Houthi rebels, who control most of the populated areas, as a terrorist organization and terminated about $700 million in US aid to Yemen.  The UN World Food Program pleaded with Pompeo not to do that since ending aid, including aid from US-based NGOs, would accelerate the humanitarian crisis by denying Yemenis vital food and medicine.  That appeal went nowhere.

Under Biden, significant policy changes have been made.  But they don’t go far enough.

He started by ordering a pause and review of military sales to Saudi Arabia and the United Arab Emirates (UAE), vowing not to provide assistance to Saudi offensive operations.  The pause extended to a whopping $23 billion sale of jets, drones, and other equipment to the UAE and a $290 million sale of bombs to the Saudis.

Biden appointed a career diplomat as special envoy to help bring an end to the fighting in coordination with the UN.  He also removed the designation of terrorist group from the Houthis, and restored humanitarian assistance to Houthi-held territory, where most of the population lives.  The administration is clearly distancing itself from Saudi Arabia—criticizing its human rights policies, indicating its preference for dealing with the ailing king rather than Crown Prince Mohammed bin Salman (MBS), releasing a previously classified report on the killing of the journalist Jamal Khashoggi that nailed MBS to the wall for his responsibility, and most recently agreeing to declassify documents on the 9/11 attack that may answer some questions about Saudi government support of the terrorists.

But the distancing from the Saudi leader is well short of where it should be.  The administration may be sitting on a good deal of additional information concerning the Khashoggi murder—information about who in the US government knew about it ahead of time, what role Egypt played in the killing, and why the state department approved training of four Saudis who became part of the murder hit squad.

MBS’s brother, though implicated in the Khashoggi killing, has met in Washington with senior Biden officials, as have other Saudi officials.  It seems that the Saudi regime has somehow become less of a “pariah,” as Biden once called it.

Late in October the administration offered $650 million worth of air-to-air missiles to the Saudis.  The billions of dollars in military sales still in the pipeline evidently are going forward. Meantime, the Saudi bombing campaign reportedly has targeted points of distribution for food and medicine, part of its blockade that, so far as I can tell, is not being impeded by Washington.

What Must Be Done

Whether or not that information is current, all US military aid should cease, at least so long as the Saudis are intervening in Yemen. Clearly, the leverage is there; a cutoff of US military aid would essentially shut down the Saudi military. Senator Bernie Sanders and Congressman Ro Khanna have announced that they are “introducing again a War Powers Resolution to stop any… military support for the Saudis in their campaign in Yemen.” Passage is unlikely, but even if the resolution does pass, humanitarian assistance to the Houthis may not be able to get through given the Houthis’ anger at the US for its support of Saudi bombing.

The depth of the crisis in Yemen may be gauged by the following assessment from a researcher forHuman Rights Watch earlier this year:

“Even if the weapons are put down, there are deeply rooted disputes, grievances, tensions and divisions in Yemen today and more than 30 fronts of armed fighting between different factions. It was the responsibility of the U.S. to have a strong stance on its role, but we need a comprehensive approach to ending the conflict.”

So far, such an approach is nowhere in sight, and the children will continue to suffer most.