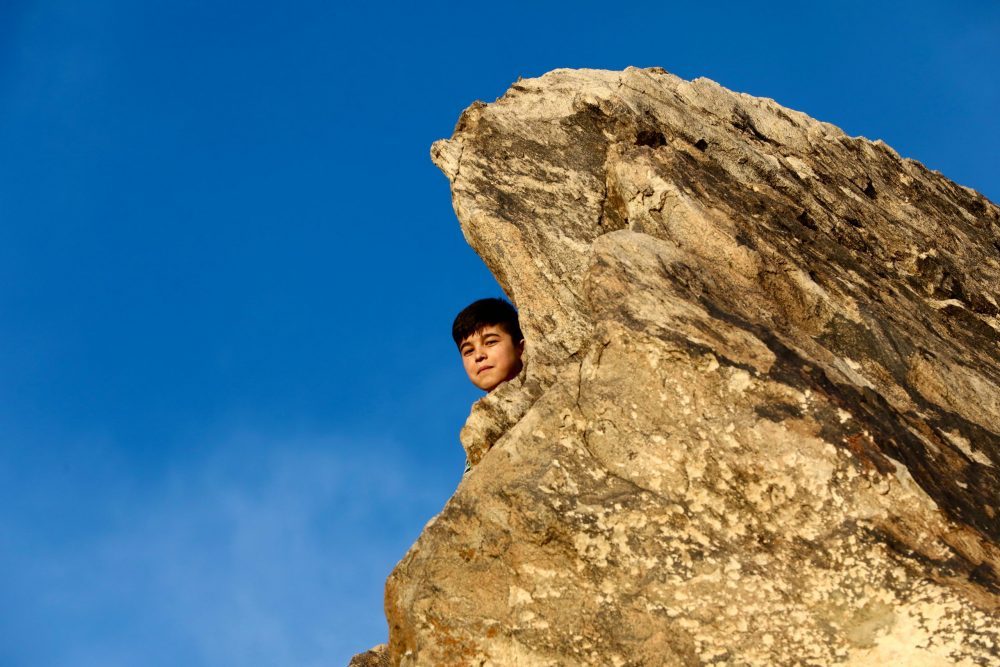 Letting the future out of its cage

Letting the future out of its cage

We pretend to have enemies, but mostly what we “have” are people whose lives simply don’t matter. And then we kill them, either directly — via airstrikes or other war games, turning them into collateral damage — or indirectly . . . by simply failing to notice that they exist.

The moral idiocy of this transcends cruelty and indifference. We’re also killing ourselves. The idea that humanity — that life itself — is “all one” isn’t just a nice thought, an outreach of kindness, but the cornerstone of survival.

Take, for example, the concept of “vaccine apartheid” — denying developing nations, where so far 85 percent of the Covid deaths have occurred, adequate access to the vaccine.

“More than 5.41 billion vaccine shots have been administered worldwide, with 81 percent in only ten high and upper middle-income countries,” Anis Chowdhury and Jomo Kwame Sundaram write at Inter Press Service. “Meanwhile, the poorest countries have only received 0.4 percent.”

They add: “There is also a practical reason to seek vaccine equity. We are all safer when everyone is vaccinated. New, more vaccine-resistant variants are emerging, endangering everyone.

“Rich countries protecting their own citizens will not prevent new mutants from emerging.”

You know: Everyone’s safe or no one’s safe. This is certainly one glaring truth accompanying the pandemic. But the politically and economically powerful, for various reasons, continue to deny, or simply fail to know, this, and national borders continue to define and slice the world into fragments — which makes the planet far easier to control, or so it seems to those who (oh so temporarily) control it.

The pandemic is far too much of a nuisance to address with moral intelligence, just as climate change is, which for some reason also fails to respect national borders, not to mention so many other aspects of situation normal, such as that other thing that’s sacred: money. So, despite a global awareness that transformative change is crucial — it’s now or never — this awareness stays marginalized and the world’s richest, most powerful country continues to invest its capital primarily in its ability to kill and control its declared enemies, not to mention much of the world’s resources.

The “one thing just about everyone in Washington seems to agree on,” Tom Engelhardt points out, is “funding the military-industrial complex beyond their wildest dreams.” The annual military budget, around a trillion dollars and always going up, is virtually always passed in Congress without serious debate, and wars remain easier to wage than ever.

According to Brown University’s Costs of War Project, Engelhardt notes, the United States has so far spent $6.4 trillion on the so-called war on terror, which is now 20 years old and counting. And this figure doesn’t include the ongoing costs of caring for American veterans of those conflicts, which could push the actual total up to around $8 trillion.

These are wars that have blatantly failed to accomplish their stated missions, but they have displaced some 38 million people — and killed an estimated 387,000 civilians — also according to the Costs of War Project. None of this seems to matter. Even as we allegedly pull out of Afghanistan, the American defense budget increases. Orwell was right. Endless war is the real point of all this.

Gen. Stanley McChrystal, former commander of U.S. and NATO forces in Afghanistan, explained it all pretty bluntly. He once said, as Brian Terrell points out, that “for every innocent person you kill, you create 10 new enemies.”

And Terrell writes: “The U.S. war on Afghanistan did not end — it has only adapted to technological advances and morphed into a war that will be more politically sustainable, one more intractable and more easily exportable.”

So just as the pandemic goes on, and just as the climate crisis goes on, war of one sort or another goes on and on and on, perhaps only stopping when human civilization itself collapses, in floods and fires and eco-instability. Humanity’s failure to address the climate crisis marks “the first time that a species has decided to eliminate itself,” Michael Moore points out, adding: “That’s real terrorism.”

Have we truly structured our world around the simplistic notion of “I win, you lose”? The cynics say yes, shrug and go on about their day, but there is indeed more to who we are than this. A different future — beyond war, poverty and climate catastrophe — percolates in the human heart.

I quote the preamble of the U.N.’s 2030 Agenda for Sustainable Development:

This Agenda is a plan of action for people, planet and prosperity. It also seeks to strengthen universal peace in larger freedom. We recognize that eradicating poverty in all its forms and dimensions, including extreme poverty, is the greatest global challenge and an indispensable requirement for sustainable development. All countries and all stakeholders, acting in collaborative partnership, will implement this plan. We are resolved to free the human race from the tyranny of poverty and want and to heal and secure our planet. We are determined to take the bold and transformative steps which are urgently needed to shift the world onto a sustainable and resilient path.

So where, where, is the “spirit of strengthened global solidarity” by which the agenda’s goals will be met? When I absorb the news of the day, I sense no awareness, or even interest, in such an agenda, for which, as ever, I blame the mainstream media. Eight trillion dollars have been surrendered to 20 years of high-tech killing and nation-wrecking, but this is hardly questioned. There’s no accountability. The future that we want, the one that still includes humanity, remains an ideal.

What will it take to let the future out of its cage?