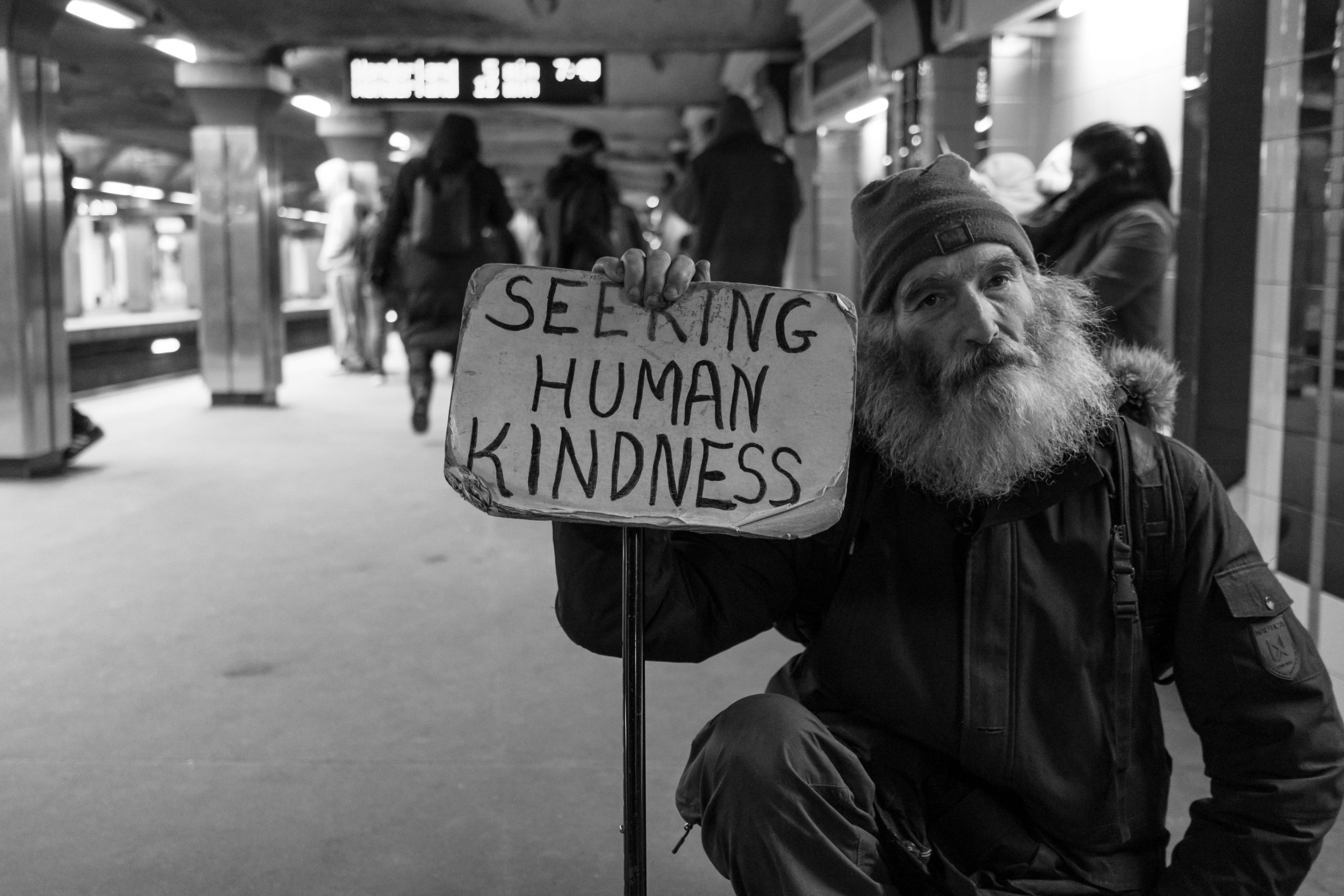 On telling the truth to ourselves

On telling the truth to ourselves

“The purpose of life is undoubtedly to know oneself.”

Rocky, the code name given to me by the far left in the Portland, Oregon protest movement, was born out of pure existential spiritual crisis, the kind that has plagued me my entire life. I could never understand why others did not ask questions the way that I did. Why did people say one thing and do another? How could God really designate a favorite people? Why does no one know what the meaning of life is?

I never could square the faith I was taught with the hypocrisy of humans who inhabited it. How could I believe in a God who also told me that my friends were going to hell for not believing the same way I did?

While an unlikely candidate for a career change from psychiatry and psychoanalysis into the violence prevention where I stand now, I am also pathologically persistent and could not let go of what I did not understand intellectually.

As I participated in the Portland protest scene, largely by offering emergency psychological aid, I also began studying social movements and what makes them work, or fail.

How could those in the movement not see that our strategy for making change was not working? Their hypocrisy was also my own, in a way. While wearing my military grade helmet and bulletproof vest (worn only to protect myself, not to engage in the destructive acts of some of my fellow protesters), I also abhor killing and carry spiders out of my house on paper towels. I cover my eyes at violence on TV and cannot tolerate horror movies.

This is what the intergenerational transmission of trauma does. Those of us with high ACE scores (individual survey of Adverse Childhood Experiences) know–it blinds you to your own blind spots, so that the trauma can continue unabated. The telomeres of my DNA had the shortening of their roots (explained in Dr. Rachel Yehuda’s research reported in the scholarly journal Developmental Psychopathology) in generations of trauma, a fact pointed to by Resmaa Menaken. He writes in My Grandmother’s Hands, “White bodies traumatized each other in Europe for centuries before they encountered Black and red bodies.”

My Dutch mother, raised on a remote North Sea island with a Nazi soldier named Paul garrisoned in her home her first five years of life, knew war trauma. Bombing raids, starvation, death. These were the stories I was raised on.

But trauma can also confer advantages–it toughens and hardens over time, and some find a path to post-traumatic growth. How?

It has to start with recognizing core traumas unrecognized by our very own neocortex, the “executive decision-making” sector of our brain. The problem of insight is never solved by a pharmaceutical, much to our chagrin. Part of our psyche does not want to see or know the truth. As humans, we truly prefer to feel more comfortable by building an internal world where there is coherency, even if that means we wall off some (or most) inconvenient facts. This tendency to compartmentalize information that threatens us falls under our unconscious defense mechanisms of denial, repression and suppression.

My alter ego Rocky got quite adept in ignoring the pleas of others to stop her dangerous questioning of both our law enforcement system and of how dysfunctionally we were protesting it. Friends and family said I should stop caring about people no one should care about.

Rocky also learned that not all humans really want change (yes, even activists), and how could one say no to any of the opinions held by “our” group? We prefer that our friend drink with us lest we drink alone but is that really what is best for our friend?

Though Rocky was initially an invention, she survived out of the necessity to build a world outside of what she lived in day to day. Rocky said yes to advocating for change in all the issues–social justice, women’s rights, indigenous rights, human rights, climate change, systemic change. In the movement of all movements, there is no issue that is not interconnected.

As humans we are not honest with ourselves about what we know and don’t know. Not everything is explainable by logic and science; some things come to us from the heart. As Rocky I knew intuitively it was better than any words to give out pretty crystals at the summer protest aid station during Direct Action, because it was something concrete I could give a stranger to carry with them in their pocket. Love made real. And it conferred autonomy simultaneously, because they got to make a choice–love or protection? Obsidian or ruby zoisite? It made no logical sense, but for some it was like magically unlocking the inner child in some of the toughest eggs to crack. None of us shall be free until all of us are free.

Being a helper of any kind is a spiritual calling. Here’s what I have to preach: as a society, we must now inoculate ourselves with love to combat our frighteningly toxic polarization. In our frantic attempts to find simple answers, we ignore the fact that on the other “side” are other humans. No one wins in a civil war. I am the daughter of an immigrant of war, the granddaughter who was raised to escape one. But there is no escape from war. I bear the scars. I know.

In the United States today, we must all start by admitting that we need to change, individually, and as a society. The UN’s Intergovernmental Panel on Climate Change (IPCC) report today on climate change tells us that. We must stop warming at 1.5 degrees Celsius before we reach irreversible tipping points. What we need is a Green New Deal and to support organizations like the Sunrise Movement and indigenous peoples in their fight for their future and that of their children—and all children.

As humans we are both creators and destroyers, every day, in every minute. Now is the time when we need the courage to shock ourselves and destroy that which no longer serves the collective whole, which is most certainly the plague of apathy that paralyzes us from taking action.

This vision for a better and hopeful future is how we will continue healing our society, even in the wreckage, as the pandemic disaster continues to unfold.

Last week I enacted my own climate change adaptation action, in one fell swoop, I cut my carbon emissions by 70 percent by moving to an ecofriendly building with a walking lifestyle and no more automobile. I cut my commute time to five minutes by foot. It’s miraculous. I love it.

I am dancing in the dark with joy at my climate action. While we are at it: let’s plant more trees. Let’s save our Earth Mother. Let’s love more and hate less. If we are to survive as a human species, much is demanded of us right now. I believe I am prepared for the spiritual battle. Are you? I answer to the Seventh Generation; should we succeed, they will know our sacrifice. May we all be up to the truth-telling ahead.

Saskia Hostetler Lippy, MD, syndicated by PeaceVoice, is a psychiatrist, and activist in Portland, Oregon. She is a member of the Portland Peace Team, a field reporter for the TRUST network, and in a Portland working group for Cure Violence Global.