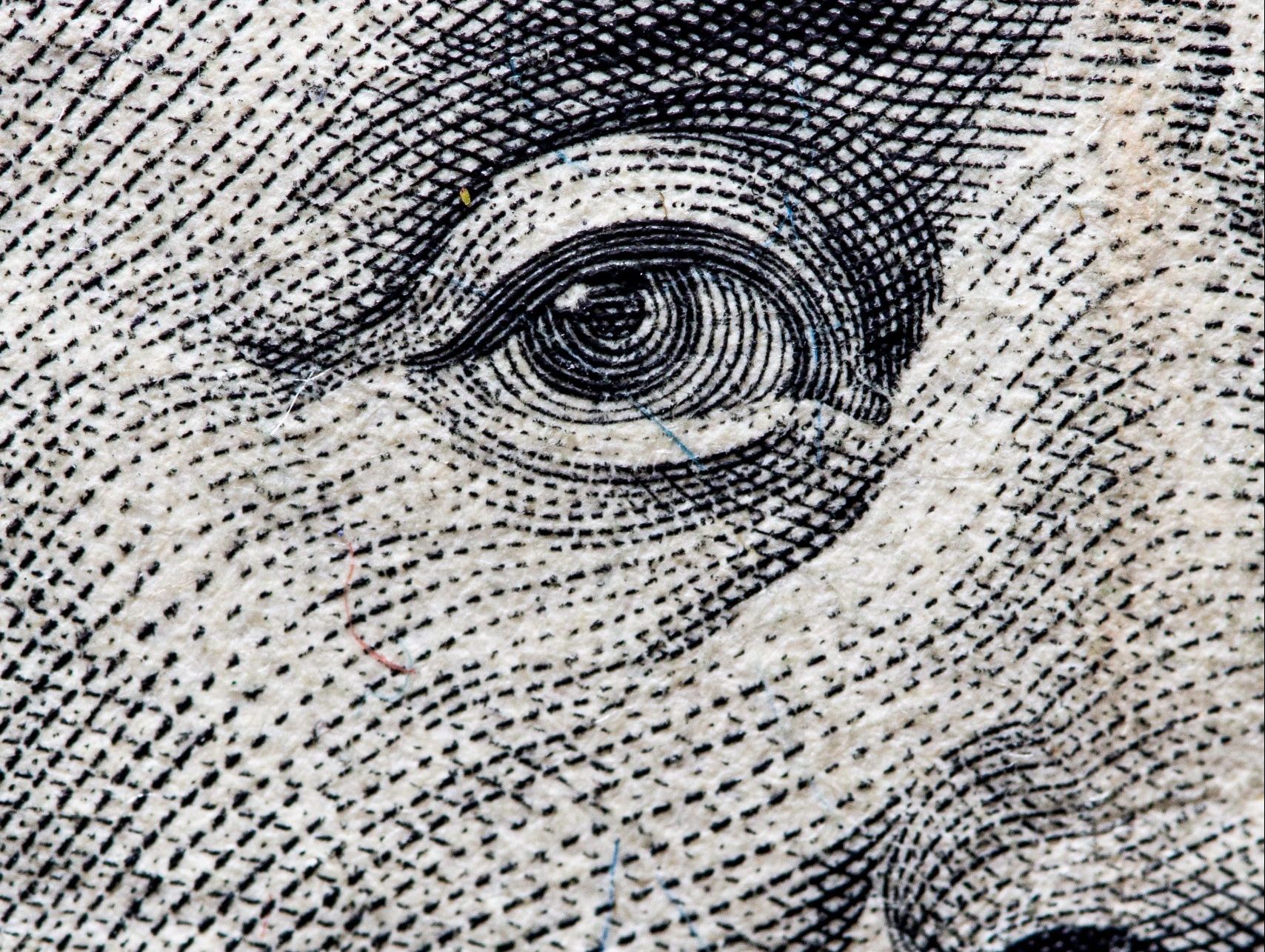 Influence peddling, a threat to both democracy and a humane foreign policy

Influence peddling, a threat to both democracy and a humane foreign policy

Modern-day democracy has numerous weaknesses, as we’ve been made well aware: policy differences that cannot be resolved, corruption, manipulation of voting and elections, and the refusal of one side to allow the other to pass legislation.

One other weakness deserves serious attention: lobbying and other forms of influence peddling. It’s an issue that reveals perhaps better than any other the power of money in politics.

Once lobbying firms and political action committees (PACs) are allowed to influence public policy and officials with monetary incentives, election results, public opinion, and policy choices are bound to be significantly affected.

Fortunately, democracies also provide space for organizations that track the peddlers. As a result, we know a good deal about how big money—legal bribery, you might say—seeks to shape political agendas.

I’m going to take a quick look at three issue-areas: social media, voting, and foreign policy. Millions of dollars are being spent by giant corporations and foreign governments to corral supporters in legislatures and Congress, playing the system in ways our founders could never have imagined.

Public Citizen is a particularly devoted tracker. In its May/June 2021 newsletter, the organization offers some startling figures on lobbying by the major technology corporations. Amazon and Facebook have eclipsed the usual top lobbying companies, Exxon and Philip Morris, by a two-to-one margin.

Operating with battalion-level staffs, the major tech companies (including Google and Apple) in 2020 spent $124 million in lobbying and campaign contributions from their PACs. Virtually all members of Congress (94 percent to be exact) who are on committees that deal with privacy and antitrust issues received financial support from Big Tech.

A second Public Citizen investigation focused on the role of corporate spending on voter suppression. We’ve taken at face value the proclamations of a number of major corporations that they will withhold money from state legislators who support the kinds of voting limitations we see in Georgia, Arizona, and Texas.

In fact, over the last two years, corporations contributed $22 million to these legislators’ campaign chest, and industry trade groups added another $36 million.

Public Citizen finds that AT&T, Philip Morris, Comcast, United Health Group, and Walmart are the chief culprits. Their promises to pause PAC contributions when the voter suppression laws were being passed were really just that—“nothing more than PR stunts.”

AT&T, for example, was recently reported to have donated $100,000 to Texas governor Greg Abbott, the main backer of that state’s voter suppression bills. In a word, corporations are back to doing what comes naturally: giving generously to anti-democratic politicians who are good for their business.

A third kind of lobbying detrimental to democratic decision making is by foreign governments and politicians. Open Secrets follows the money using the data base of the justice department’s foreign-agent registry. The group reports that since 2016, foreign governments have spent $2.6 billion on lobbying to promote a kinder, gentler image of themselves.

Nothing new there, except that while the Biden administration is stressing protection of human rights abroad, some of the worst violators are spending huge sums in Washington to cover up their crimes.

Saudi Arabia heads the list with $73 million spent hiring firms that will try to whitewash the crown prince-approved murder of the journalist Jamal Khashoggi, the jailing of activists, the repression of women, and the six-year-long assault on Yemen.

Lobbying firms also welcome foreign politicians who would like to lead their countries. A current example, as reported by the New York Times, is Mercury Public Affairs, “which was paid at least $285,000 in the second half of last year by the Haitian government” for “working with allied politicians to position successors in the wake of the assassination” of President Joval Moïse.

Haitian business and interest groups have joined in the influence chase:

Documents, interviews and communications among Haitian politicians and officials show a scramble across a wide spectrum of Haitian interests to hire lobbyists and consultants in Washington and use those already on their payrolls in the hopes of winning American backing in a period of leadership turmoil in Haiti.

Civil society groups haven’t much of a chance against big money like that.

Egypt, Philippines, Brazil, Hungary, Turkey—they are among the other countries with serious human rights violations that engage top-notch lobbying firms. (Israel is in a different category, since it has its own lobby: AIPAC, American Israel Public Affairs Committee.)

The lobbyists operate openly and unapologetically, often hiring former US legislators to pressure their former colleagues and gain access to government officials.

Under Donald Trump, this process went further, with his first national security adviser, Michael Flynn, lobbying on Turkey’s behalf and Trump’s close friend Tom Barrack lobbying for the United Arab Emirates. (Strictly speaking, Flynn and Barrack failed to register as foreign agents as required by law, but they acted as lobbyists, i.e., peddlers of influence for their clients.)

China is not as big a spender on lobbying as the Saudis, but it has reported providing hundreds of thousands of dollars to lobbying firms that will “advise” Beijing on how to maneuver around its human rights abuses in Xinjiang, Hong Kong, and elsewhere.

You can bet that “advice” includes how to paper over China’s use of surveillance technology to track its ethnic minorities such as the Uyghurs.

However, China has an alternative route to influencing the US government and public: its own entities based in the US. That mainly means five so-called principals: CCTV, Huawei Technologies, China Daily (the Beijing-based English-language newspaper), Hikvision USA (artificial intelligence and security), and China-US Exchange Foundation. Those five spent more than $60 million in 2020 to press China’s case.

The Lobbying Firm: A Sampling

BGR Group is one of the top ten lobbying firms in the US, with more than $270 million in annual revenue. It advertises as “your solution for bipartisan PR lobbying.”

And it is indeed bipartisan: Its clients range from human rights and social justice organizations to fossil fuel companies and trade organizations. In the foreign affairs field alone, BGR has nearly 300 client organizations, the main ones (based on reports delivered) being Boeing, Better World Fund, Philip Morris International, CARE, and Citigroup.

In short, whoever can afford a high-priced Washington-based firm with connections to both in-power and out-of-power politicians will find a welcome at BGR.

And that’s the problem: BGR, like all the other lobbying firms, is officially neutral on the issues of the day. Bring your money, not your conscience.

CODE PINK alerted me to BGR when it reported that a group called the National Council of Resistance of Iran has contracted with the lobbying firm.

The NCRI is dedicated to undermining the Iran nuclear deal as well as the Iranian government that is seeking the deal’s renewal. This group, considered a terrorist organization by the State Department, apparently has hired BGR, at $40,000 a month, to help support a planned conference. Doesn’t this amount to complicity in subverting US foreign policy?

Follow the money: Lobbying follows a pattern strikingly similar to that of the military-industrial complex. Industries involved in weapons research and development feed money, directly and through PACs, to the campaigns of Congress members who support weapons produced in their district as well as support high military spending in general.

Public Citizen’s recent reporting has identified how a good deal of corporate lobbying pays for itself. The 55 large corporations that paid no federal income taxes last year spent a combined $450 million in lobbying and PAC contributions, part of that sum coming from a combined $3.5 billion in tax rebates.

In other words, these corporations gamed the tax system not only to avoid paying taxes but to get rebates that helped pay for their lobbying so they can keep avoiding taxes! And guess who in Congress received the most contributions? Twenty of the top 25 were Republicans.

In short, lobbying is a nefarious business, easily recognized but very difficult to bring under control. As efforts to reform the military-industrial ties have shown, the corporations and politicians most deeply involved have no interest in restraining lobbying. It’s more a matter of competing to see who can get the most bang for the buck.