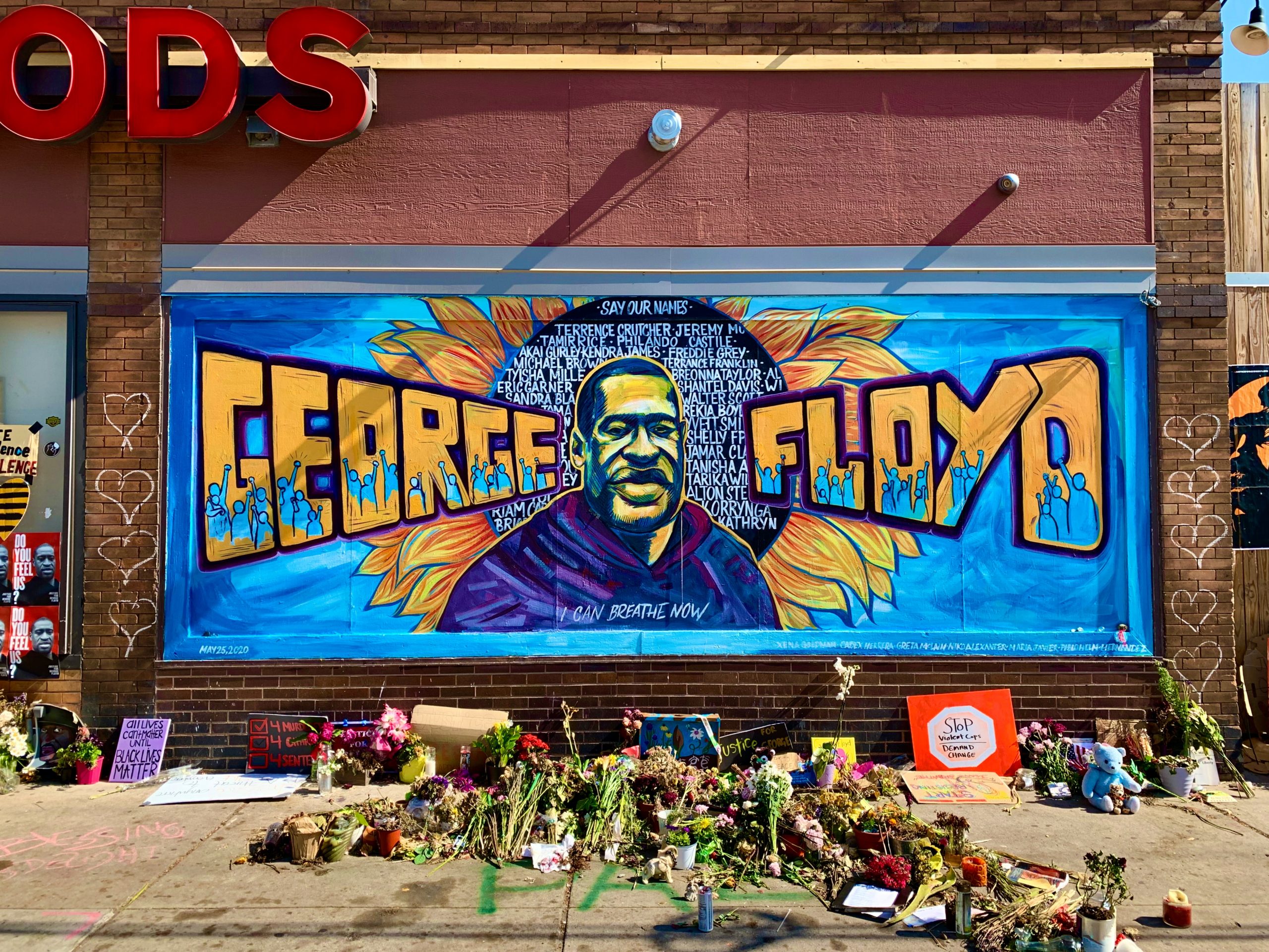 Why did you kill my brother?

Why did you kill my brother?

For Derek Chauvin, nine minutes and twenty-nine seconds have turned into twenty-two and a half years — the prison sentence he recently received for the murder of George Floyd.

Chauvin famously knelt on George Floyd’s neck last year, as Floyd lay handcuffed and helpless, for those nine-plus minutes, while three colleagues stood by, indifferent to the murder so obviously underway . . . police administering the death sentence to a man accused of trying to use a counterfeit $20 bill at a nearby convenience store.

Unfortunately for the smirking Chauvin, his crime was caught on cellphone video and shocked much of the nation and the world. And a year later, something almost unprecedented happened: A police officer was held accountable for killing a black man.

But is this “justice” or is it simply bureaucracy? George Floyd is still dead. His young daughter remains robbed of her father; his loved ones, his family, still have a terrifying void in their lives. And the racist social structure in which Chauvin acted, though now under intense scrutiny, remains intact. People continue to needlessly suffer and die at the hands of our militarized police.

Something is missing here. A collective ignorance, you might say, also remains intact, though Floyd’s brother, Terrence, shattered that ignorance briefly during court testimony, when he addressed his brother’s killer:

“Why?” he asked Chauvin. “What were you thinking? What was going through your head when you had your knee on my brother’s neck . . . why did you stay there?”

The more I ponder this question — “why?” — the larger it grows. Whatever justice is, I believe it begins here.

In essence, Terrence Floyd’s question digs to the heart of this unaddressed American — and global — wound. Something is wrong. Something is broken. An officer of the law, who has sworn to serve and protect us, felt no obligation whatsoever to let a man breathe, to let a man live. This man’s life didn’t matter. Why?

We may think we know the answer, or at least a simplistic version of it, but we still need to hear Chauvin’s words. Oh! What if we had a justice system based on healing rather than punishment? What if we tried to repair what has been harmed, to understand the deep, complex causes of this harm, and address them, rather than simply slapping a wrongdoer with a sentence, administering tit for tat, then shrugging and moving on?

We owe more than that to George Floyd.

So let’s add a little indigenous wisdom to the mix. The words are one of the Twelve Teachings of the Sacred Tree, which are part of one of my favorite books, Returning to the Teachings, by Rupert Ross.

Everything is connected. Chauvin’s actions on May 25, 2020 are part of the larger context in which he served, and any answer he might have given in response to Terrence Floyd’s question would have addressed that larger context. When that question remains publicly unaddressed, the context of racism and militarism continues to fester within the nation’s police departments. Police across much of the country see themselves as an occupying army. George Floyd, and so many others, were merely “the enemy.” Killing them meant doing their job.

The nation has reached a point of awareness that this is wrong, but I fear the solutions being proposed so far are partial and superficial, because the big question — why? — remains unanswered . . . by which I mean, unanswered in the largest possible context: Derek Chauvin explaining to the family why he killed the man they loved.

Lacking that, the solutions proposed in the George Floyd Justice in Policing Act, which awaits a vote in the Senate, while they have definite value, feel constrained and partial. One provision, for instance, would: “Prohibit racial, religious and discriminatory profiling by law enforcement agencies at the local, state and federal levels and mandate training against such discriminatory profiling.”

The problematic word here is “training”: training against discriminatory profiling. The problem is that the motivation to practice discriminatory profiling, a.k.a., armed racism, sits deeper in the collective human soul than mere “training” is capable of addressing. If the racism is systemic, the entire system has to be, you might say, retrained, which might amount to police officers sitting in peace circles with the families of men and women who have been wrongly killed by them.

As NBC News points out: “The bill aims to end certain police techniques, including chokeholds and carotid holds, two forms of potentially deadly force. Such practices would be banned at the federal level, and federal funding for local and state police agencies would be conditioned on those agencies outlawing them.”

Necessary as it no doubt is to ban police use of chokeholds and carotid holds, the fact that they need to be banned must also be addressed. What if a school principal had to tell the teachers they weren’t allowed to use chokeholds? Obviously there’s a deeper problem lurking in those classrooms.

In no way am I suggesting that police work is simple, or that it is not frequently dangerous. But what if our current, militarized policing, a product of the Jim Crow era, contributes to that danger? What if it is systemically incompatible with a highly functioning, diverse and connected society? The time has come for a large, public conversation, perhaps beginning with the question: Why did you kill my brother?