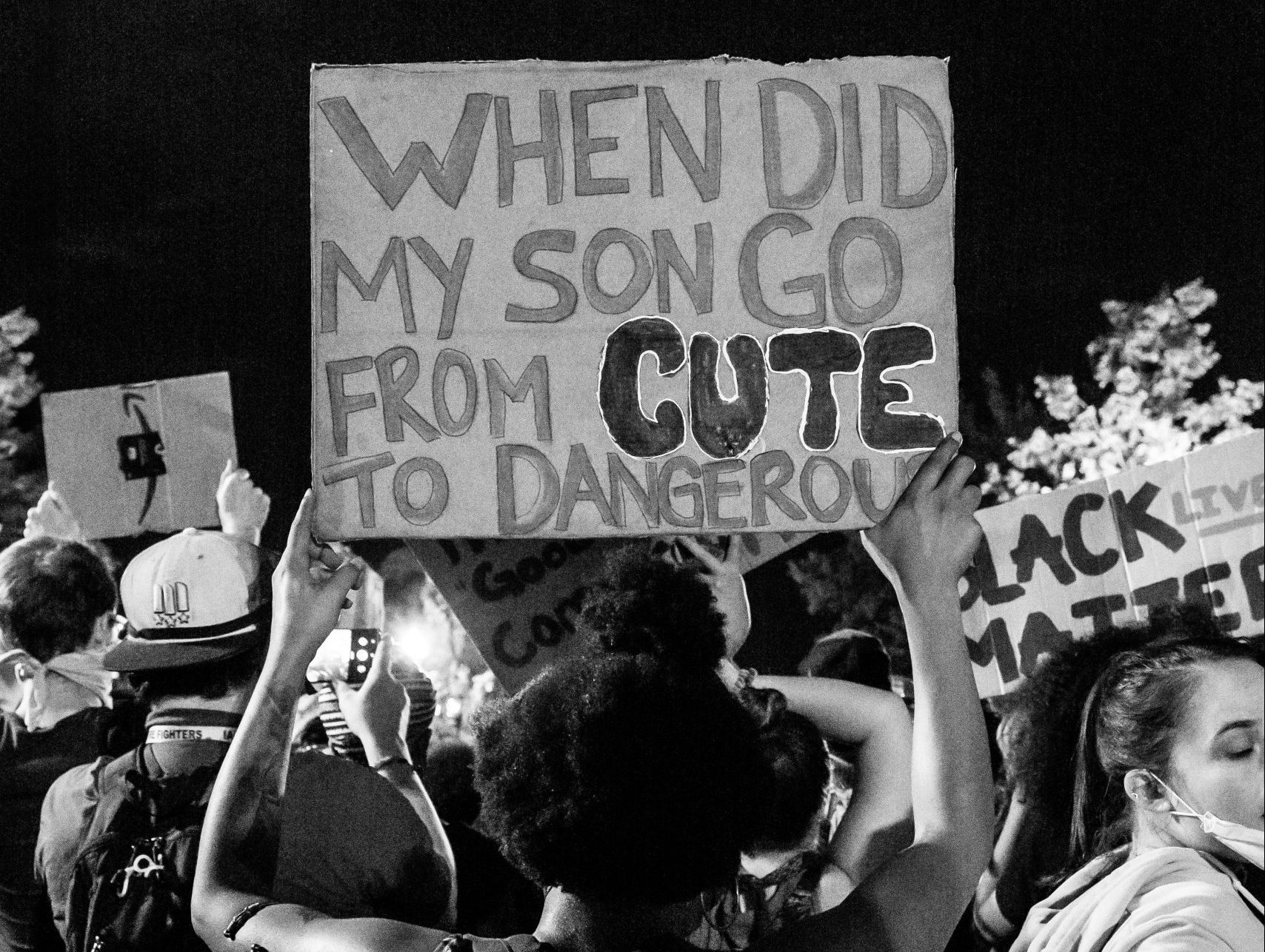 Armed racism keeps no one safe

Armed racism keeps no one safe

The officer — the mad man with a badge — probably shouts those words 50 times at the driver, Second Lt. Caron Nazario, at a gas station in Windsor, Va., all the while holding a gun a foot from his face. Nazario, who is black and Latino, had just been pulled over for not having a rear license plate (he did have one but, you know, we all make mistakes) and . . . fasten your seatbelts! . . . driving with tinted windows. Of course the cops had their guns drawn.

The incident happened last December, but the crazy video has only recently been made public. While it did not, thank God, culminate in a shooting — beyond the use of pepper spray — the video reveals an oh, so typical American scenario: a person of color suddenly caught, for no sane reason, in a life-threatening situation at the hands of someone whose job is to keep Americans safe.

This excruciating footage — Nazario ends up being pepper-sprayed, pulled from his car, kneed viciously, shoved to the pavement and handcuffed — could not define contemporary America more clearly: Racism remains embedded in its social infrastructure. Much of the country is “protected” by an occupying army.

The raw truth is this: Policing is, far too often, just another form of criminality.

This is beyond any hope of “reform.” A completely different form of public safety and order must emerge, transcending this armed authoritarianism with deeply racist roots, i.e., the slave patrols. Indeed, the law itself is a one-sided wedge, dividing the country into good people and bad people. When a video goes public and leaves a hideous smear on a police department’s reputation, the “bad apple” cop will be fired, as in this case. Joe Gutierrez was booted out of the Windsor, Va. police department because “it was deemed he’d failed to follow department policy.” My guess is that he was simply a public relations scapegoat, because, you know, the thing went public.

And police killings continue. Earlier this week, the family of 20-year-old Daunte Wright had their “hearts pulled out of their chests” when they learned the young man was killed “by mistake” in a suburb of Minneapolis during — can you believe it? — a traffic stop. He was pulled over because of an expired registration tag, then put under arrest due to an outstanding warrant. When he got back into his car instead of submitting to arrest, an officer intended, so she claimed, to tase him, but drew her pistol instead and shot him. He died at the scene.

My point here goes well beyond blaming or condemning anyone. What we must do is look with as much clarity as we can into the heart of American violence, specifically, official American violence — the kind that’s perpetrated in the name of public safety. It keeps no one safe. So often, it’s triggered by an incredibly minor transgression, if even that, which is almost always committed by someone who is non-white.

Rethinking public safety begins here. We do not need an occupying army, purporting to protect white, middle-class America from . . . whoever those other people are. And we certainly don’t need armed enforcement of laws against expired license plates and such, any more than we need police departments stocked with tanks and MRAPs and other surplus military equipment. We do not need policing disconnected from the community it allegedly protects: policing with a “siege mentality,” as Zack Beauchamp, writing for Vox, puts it, describing not individual officers but a collective mindset that has managed to take hold of policing in general.

This mindset is powerful enough, he writes, “to distort departments across the country. It has seriously undermined some recent efforts to reorient the police toward working more closely with local communities, generally pushing departments away from deep engagement with citizens and toward a more militarized and aggressive model.”

Police, that is, see their work as maintaining authority over, rather than connecting with, the public they serve. This alienation throws everything into chaos. The police don’t feel supported or respected by the public, which means their own lives are always in danger. And thus “when the officer decides the suspect is disrespecting them or resisting their commands, they feel the need to use force to reestablish the edge,” Beauchamp writes. “They need to make the suspect submit to their authority.”

That’s exactly what happened in Gutierrez’s confrontation with Caron Nazario. The young lieutenant, while maintaining a calm and utterly unthreatening demeanor, continued to demand clarity and explanation from the cop pointing a gun at him and didn’t simply do what he was told — as though he had rights! Boy, what an attitude.

Beauchamp, in his insightful essay, points out several factors that intensify the risks and volatility of policing, creating feedback loops that justify the fear that people on both sides of the “thin blue line” feel:

One factor is racism. While many officers are by no means racist — indeed, women and men of color are now members of many departments — most police cultures still, at most, regard racist attitudes with a shrug of indifference. Add to this the occupying-army mentality, with officers often feeling profoundly alienated from and suspicious of the communities they’re policing, and thus always uncertain of their own safety; and finally, the absolute stress and complexity of the job itself, which could wear anyone down to his or her worst, “especially,” as Beauchamp notes, “when it comes to deep-seated racial prejudices and stereotypes.”

As I hear these words, I hear fear screaming from the depths of the American soul. I don’t know what the answer is, but I do know this much: The nation’s infrastructure repair involves more than highways and bridges. We have to rebuild our sense of community as well, leaving no one out.