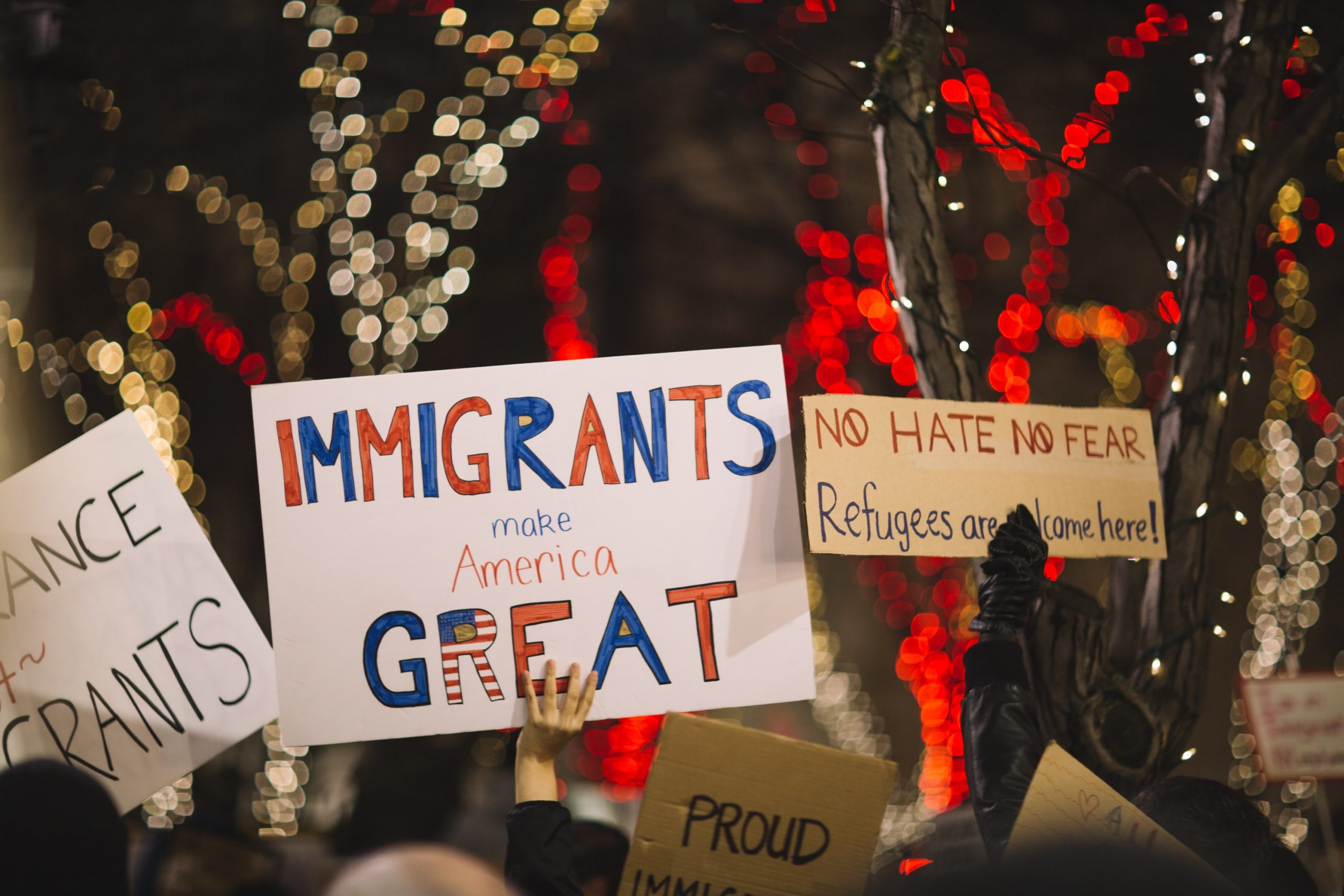 Trapped at the border: Their fate is our fate

Trapped at the border: Their fate is our fate

You’d think that the “border crisis” begins and ends as a problem for Americans.

Oh, what to do, what to do? All these people showing up at our back door, trying to get in. They want to take our jobs, drink our water. . . . And think about the dangers they pose for the new president.

“For a relatively popular Biden administration,” the New York Times pointed out the other day, “the recent surge of migrants at the southern border has emerged as a glaring vulnerability.”

That is, if he’s not as tough as Trump, he could be declared “soft on immigration.” Wow, what a stain on your record. Politics nowadays is 90 percent public relations. And this country’s potent mixture of racism and money, also known as the Republican Party, has created a red line of public ignorance: If you’re not American, you’re not fully human. This is a line, largely (but not completely) maintained by the mainstream media, that no moderate politician would ever dare cross.

The problems created by this ignorance have a global enormity. But as long as such ignorance remains politically viable, change is impossible and hell remains the basic condition of life for the planet’s poorest and most vulnerable people — thanks, largely, to us, the ones who are doing everything we can to keep them out.

Julian Borger, at The Guardian, puts it as simply as possible: “The families in the migrant caravans trudging towards the US border are trying to escape a hell that the U.S. has helped to create.”

The hell looks like this: “In my country, killing is ordinary — it is as easy as killing an insect with your shoe.”

The words are those of an emigrant from Honduras, speaking to Doctors Without Borders. The organization has recently issued a report titled “No Way Out,” which addresses the fact that “migration policies imposed by the United States and Mexico are trapping many Central Americans in dangerous conditions, with severe consequences for their physical and mental health. . . .

“The medical evidence points to high levels of violence and ill treatment suffered by migrants and refugees in their home countries, along the migration route, and in the custody of U.S. and Mexican authorities. . . . Now they are trapped in dangerous places with no way to seek safety.”

At the very least, the trapped nature of being a refugee, especially from such countries as Honduras, El Salvador and Guatemala — the primary starting places of most asylum seekers at the U.S. border — should, ipso facto, be part of all media coverage of this crisis. Framing it as primarily an American political crisis strikes me as being criminally simplistic, virtually the same thing as being a Holocaust denier.

But the deeper matter is the cause of this crisis. Why it happening? The racist explanation, which is generally given far too much media credibility, amounts to: They want our goodies. They want what we have. And if there’s a softie in the White House, watch out, man! They’ll show up in droves.

The crisis has multiple causes — and multiple ironies. And it began five centuries ago. As The Guardian points out, the devastating poverty harks “back to the age of Spanish conquest,” when indigenous social structures were destroyed, and “small criminal elites have long prospered at the expense of the populations.” The consequences of the age of colonization are still with us.

Of course, these consequences — or rather, the money thus generated — began flowing north well before the refugees did. The U.S. had (and has) plenty of business interests in Latin America, which it protected militarily whenever necessary from, you know, “political uprisings,” a.k.a, revolutions. In the Cold War era, U.S. military intervention became ideological as well, and in some countries — Nicaragua, for instance — expanded exponentially. U.S. interests allied with right-wing autocrats and their death squads, who were able to maintain, or gain, control of their countries with U.S. military aid. And so the rich stayed rich and the poor grew poorer. And then things got worse.

Along came the war on drugs, which intensified the internal violence, political corruption and poverty for the many. Drug cartels flourished. So have street gangs. Let the irony begin.

“Gangs have filled much of the space occupied by civil society in healthier societies,” Borger writes, “but they too are largely a U.S. import. The MS-13 gang, frequently referred to by Donald Trump in justification of his hardline immigration policies, was formed in Los Angeles, and introduced into El Salvador when its members were deported — often to a country they barely knew: another instance of unintended consequences which have rubbed salt in the Central America’s wounds.”

And then there’s climate change, which has begun making itself felt, ironically, once again, in places like Central America, with hurricanes and drought forcing the rural poor off their land.

Add to all this what may be the biggest irony of all, which Julia Young, writing at Time Magazine, called a “pull factor.” Refugees aren’t merely being pushed out of their countries of birth. They’re also being pulled north by the big country that hates — but also seeks to exploit — them.

“Since the 1990s,” she writes, “entire sectors of the U.S. economy have become increasingly dependent on low-wage immigrant labor. Today, undocumented immigrants make up significant proportions of the labor force in certain industries, especially agriculture, the service industry (restaurants and housecleaning), and construction.

“Despite the demand for their labor, U.S. immigration policy makes it very difficult for would-be migrants from Latin America to come to the United States legally.”

She adds: “Given the complicated and deep-rooted reasons behind migration, lawmakers cannot control or ‘solve’ the ongoing crisis at the border simply by pouring money and resources into ever more militaristic border theater. It’s no wonder that decades of such policies have done little to change the underlying dynamics.”

It’s far too easy to envision the chaos of emigration getting worse, with the world’s poorest (and most deserving) people trapped in ever-intensifying violence and desperation, increasingly walled off from hope by racist ignorance.

Something else becomes possible when we begin to realize that unless we change the world, their fate is our fate.